Ethereum [ETH], the second-biggest cryptocurrency in the market, continues to go red, showing a tremendous support to the bear’s reign in the market. The coin which went down mainly due to ICO sell-offs, as the market speculates, had a sprinkle of green as the day began. However, according to CoinMarketCap, the coin was down by 2% in the seven-day chart and valued at $202 with a market cap of $20 billion. 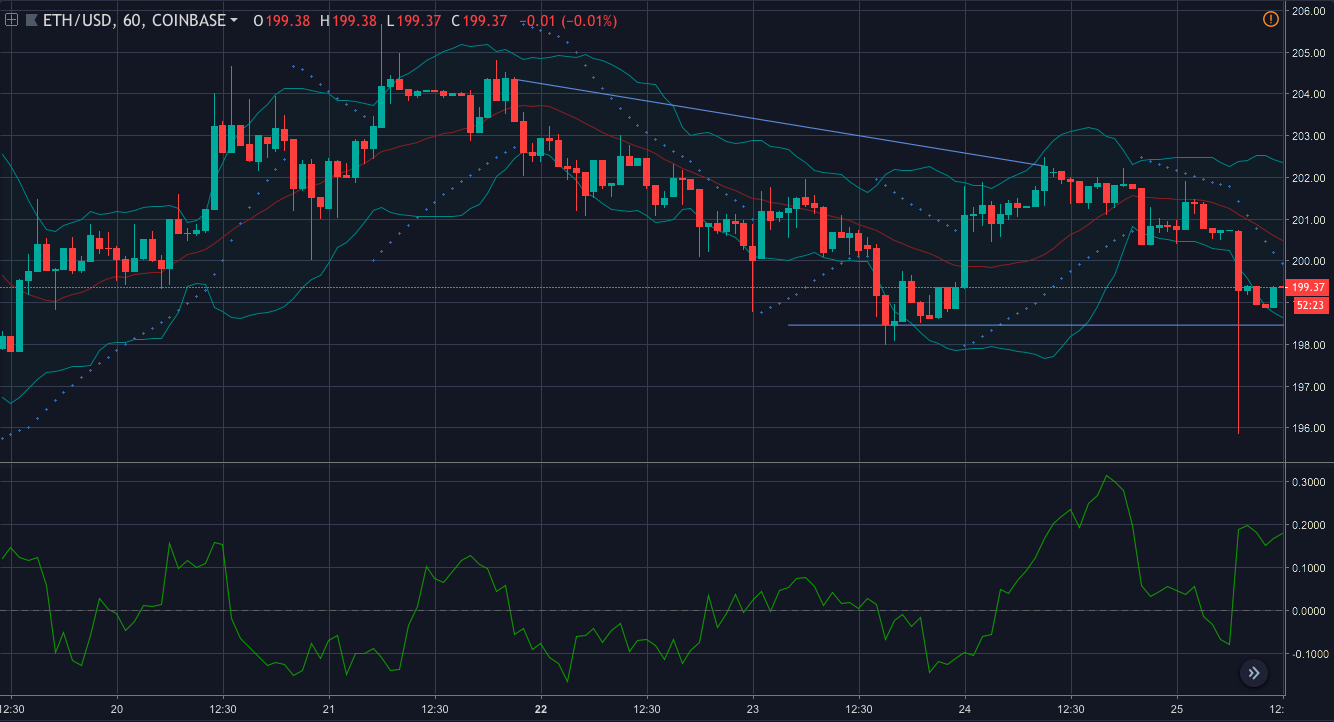 The Parabolic SAR showed its strong support to the bear’s reign, as the dots had aligned on top of the candlesticks.

The Bollinger bands witnessed little contraction, after which, the bands widened to make more space for price movements. However, the bands chose to take go downhill during the expansion period, indicating a bearish rule.

However, the Chaikin Money Flow seemed optimistic of the bull re-conquering its kingdom as it showed that money was flowing into the market. 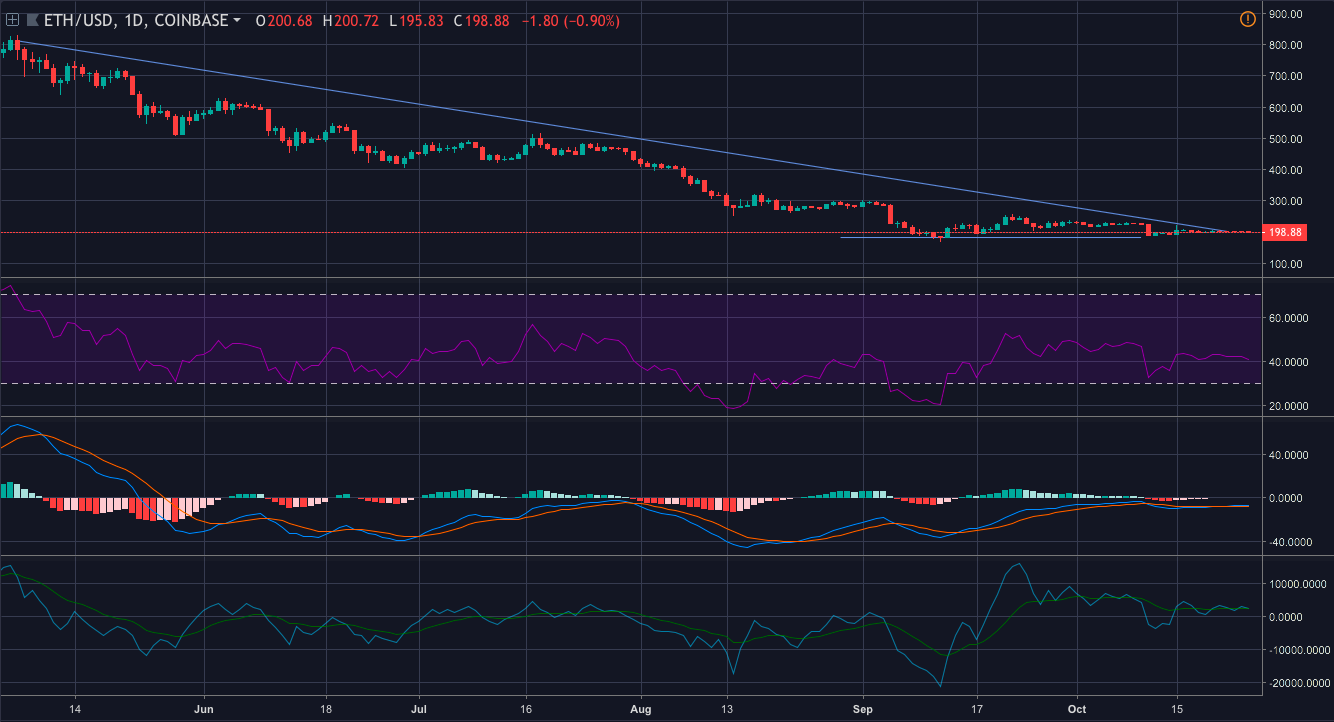 In the one-day chart, the cryptocurrency had a strong downfall from the strong resistance point $811 to 202.83. The immediate resistance for the coin was set at $203.03, which was placed on October 17, 2018. There is a strong support at $182.25, which also the last rescue point for the coin as it is the lowest point in comparison its all-time high at the beginning of the year, January 2018.

At the time of writing, the RSI was trying hard to not fall towards the oversold zone. However, the chart depicts that the selling and buying pressure was evening out each other, showing an unlikely burst in the price to occur anytime soon.

MACD was predicting a bullish takeover, as the reading line made its crossover above the signal line.

Nonetheless, the Klinger Oscillator had decided to side with the bear, as the reading line touched the signal line, turning the roller coaster south.

Majority of the indicators voted for the bear’s rule over the market instead of the bull. This includes Parabolic SAR in the one-hour analysis and RSI and Klinger Oscillator in the 1-day analysis. However, taking the volatility of the market into consideration, the tables might turn soon, with the bull re-entering its kingdom and Ethereum going back to its glorious days.