Ethereum [ETH] and Stellar Lumens [XLM] were some of the coins that bled the most as the bear massacred the market yesterday. Ethereum took a hit of 12% to its price, with Stellar erasing over 12.5% of its value. 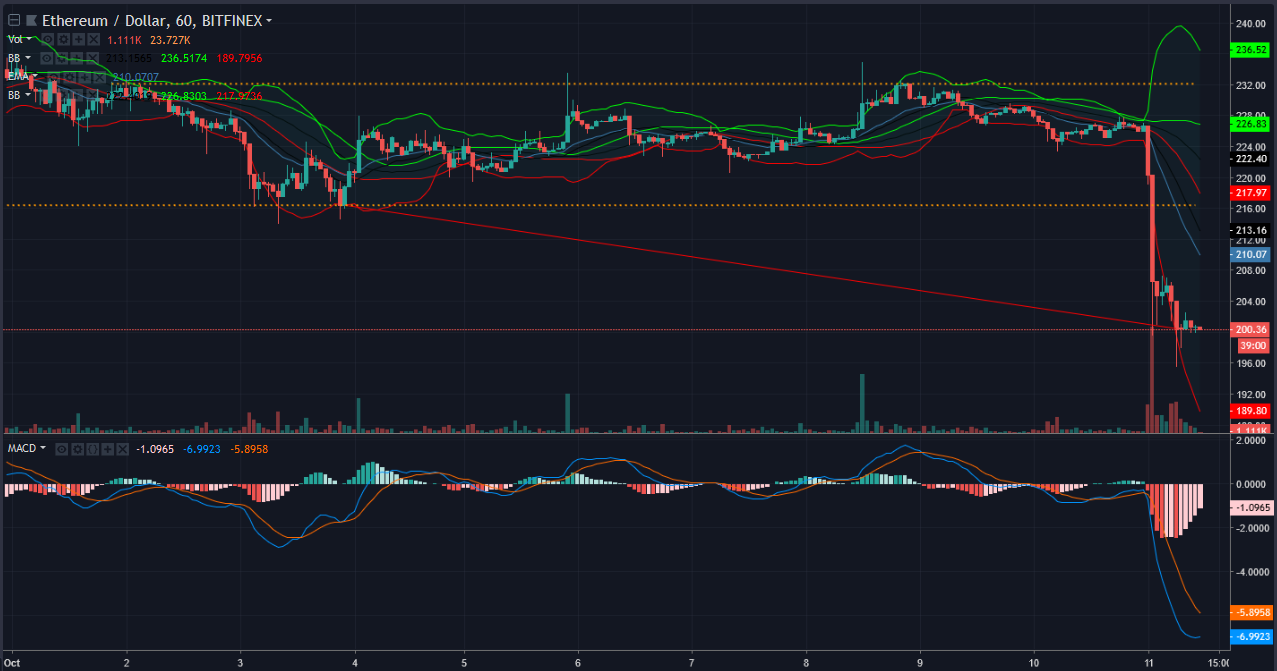 The $216 – $200 downtrend is in power currently, coming off the resistance level at $232. There was a support level at $216 which was broken during the latest downtrend. The $200 psychological barrier is holding strong as the price stays constant at the range.

The MACD is moving downwards and is signaling a strong bearish movement. The histogram implies that it might move upwards in the short-term.

The Double Bollinger Bands show that the downward trend is exhibiting strong movement, as it is walking the bands. 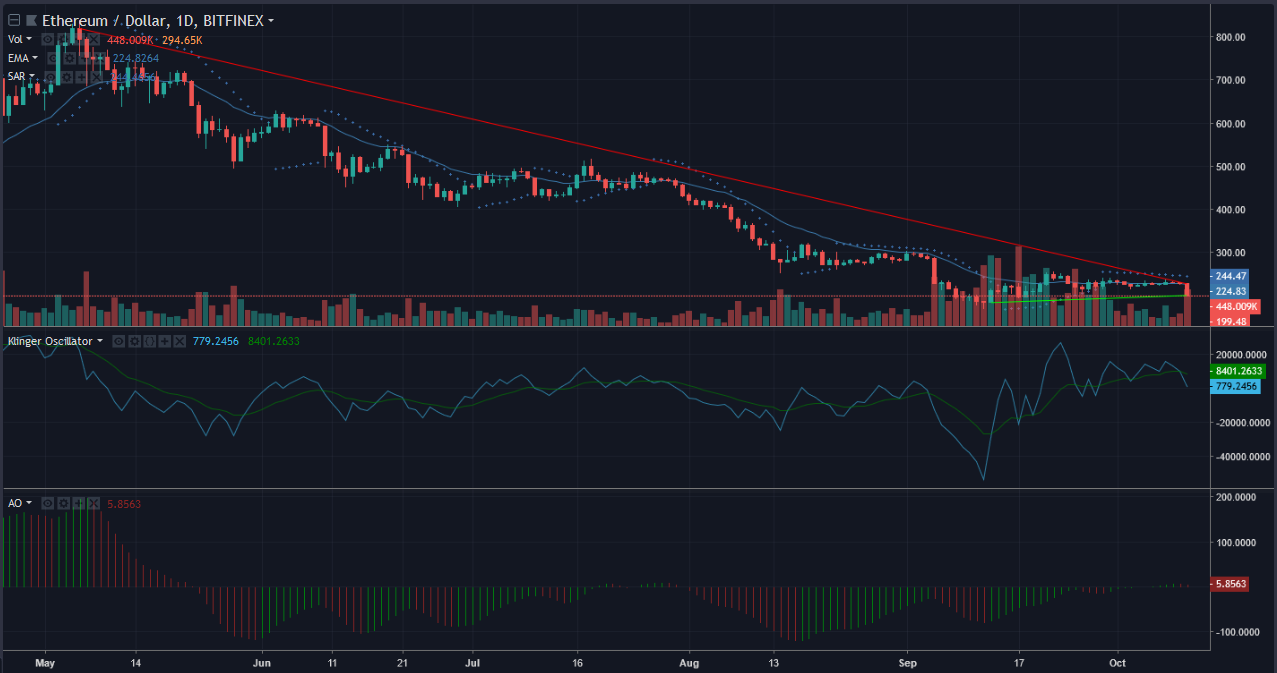 The Parabolic SAR is bearish, and the price is executing downwards movement in conjunction with the indicator.

The Klinger VO is exhibiting a sharp bearish turn, as the Awesome Oscillator indicator is moving between green and red.

The Parabolic SAR indicator is bearish, as seen by the presence of the dots over the candles.

The SMI recovered from an oversold zone, with a slight uptrend into the neutral levels.

The Volume Oscillator is demonstrating a downward movement after the spike earlier today due to the drop. 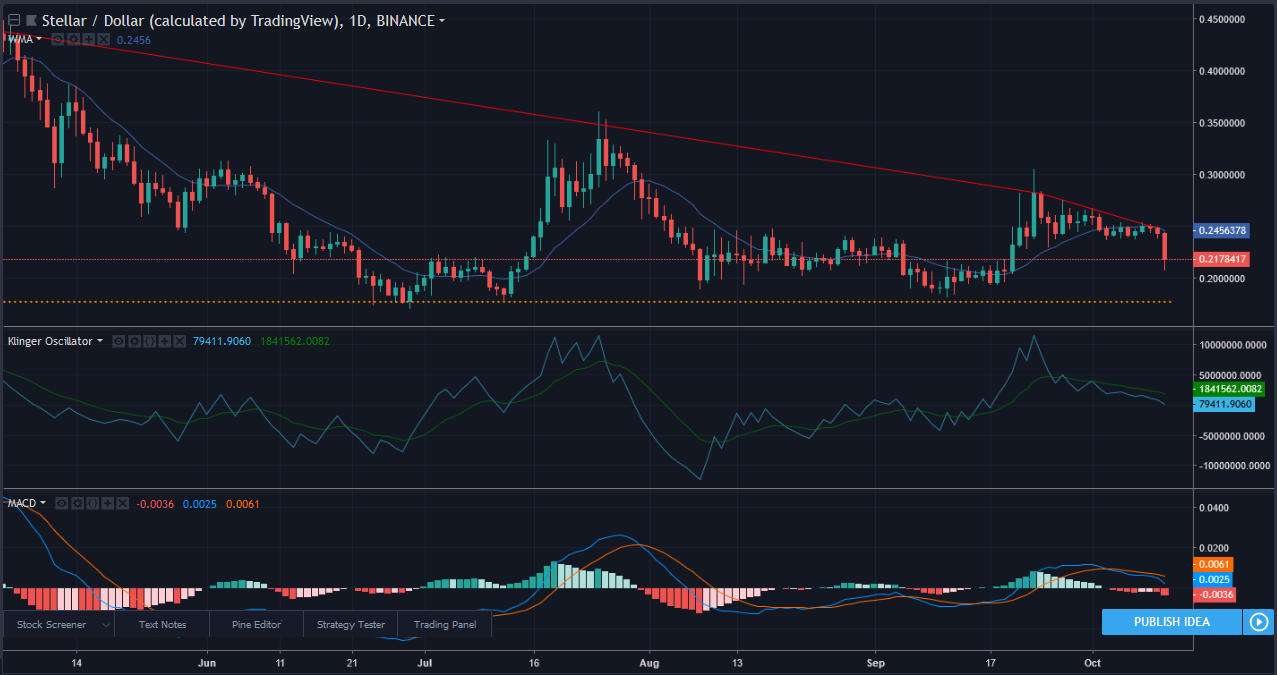 The Klinger Volume Oscillator is neutral and is slowly moving downward.

The MACD is set to move downwards, with the histogram moving away from the zero.

The two biggest losers in the market seem to be headed closer to their bottom price seen this year. The indicators imply that the price is headed for further downward movement.