Michael Moro, CEO of Genesis Global Trading, recently said that the platform lending out Ethereum [ETH] and short selling it was not the cause for its price decline.

In an interview with CNBC Fast Money, Moro said that Ethereum accounted for about 28% of the Genesis Global Trading loan book. They saw it decline to about 25% in August, and it further rallied down to 4% by September. He said:

“So we saw a dramatic shift in sort of portfolio competition between August and September. You can read the tea leaves to figure out what that ultimately implies in terms of the bottom for Ethereum.” 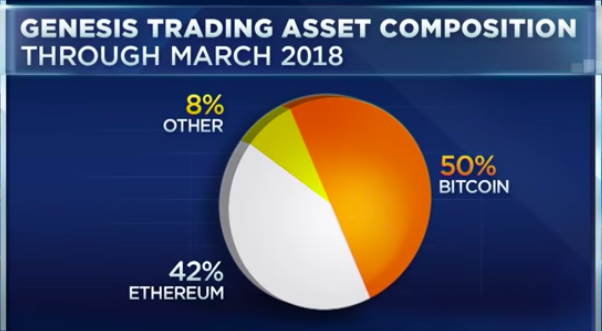 Furthermore, another topic of discussion was whether the amount borrowed to short Ethereum through Genesis platform had been diminishing.

Moro also spoke about Bitcoin and how it was similar to the case of Ethereum. As the prices of Bitcoin approach “the magical” $6,000 – $5900 level, short sellers could start buying back in and quickly closing out their short positions.

Another important topic of discussion was the shorting of Bitcoin. The discussion revolved around whether it was viable for someone to short Bitcoin in order to gain working capital. They also spoke about the liability or risk involved in a business running its operations through Bitcoin.

Moro gave the example of CME, a derivatives marketplace offering futures and options products for risk management. He stated that after the launch of CME and the CBOE futures, market makers needed access to the cash markets to hedge the price that they were actually taking on the futures side. He commented:

“So, if you’re not long as a futures market maker, then you can go net short on the cash side, which is a much more liquid market than the futures market.”

Furthermore, he stated that they would lend Bitcoin to some of the futures market makers. Thus, the people that have never entered the cryptocurrency space earlier, would get access to the cash markets. This could potentially help them hedge their positions efficiently.

The post Ethereum [ETH] only accounted for 4% of Genesis trading loan book by end of September 2018 appeared first on AMBCrypto.