On 1st October, BitMEX Research released a report which focused on tracking Ethereum [ETH] balances of the ICO projects over time. Here, the research implied that the ICOs have already sold almost as much as they raised initially in USD.

The report stated that the ICOs have already made about $127 million in profits by selling ETH at a higher price than when it was raised. Furthermore, the ICOs are expected to make $93 million more, despite the 85% fall in the value of Ethereum from the peak. BitMEX also showed a chart where many ICOs sold their ETH when the price was higher than the present price. 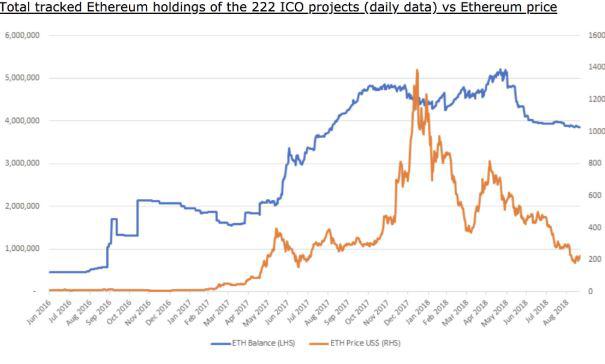 In the report, BitMEX also displayed a chart where it showed the top 20 ICO projects ranked by their net gains as a result of ETH’s price change. The lowest gain was made by Aventus while the largest gainer in the scenario was Filecoin. Some of the other ICOs involved are EOS, Golem, DigixDAO, Basic Attention Token, among others. 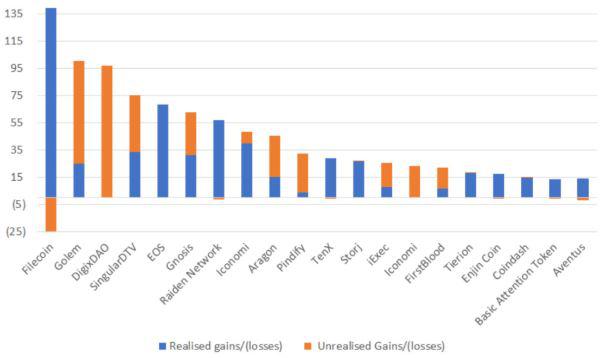 “FIlecoin has the largest net gain, resulting from Ethereum which may have already been sold”

The charts also included the information on the projects that underwent the largest net losses from holding ETH. Some of the names on this chart were Sirin Labs, ETHLend, Bloom, Fusion, Status, Polkadot, Herocoin, Electrify.

On Twitter, BitMEX also admitted that the research could be slightly flawed since it may have missed few ICOs and many of the figures provided by the report are estimates. The official social media handle also read:

The post Ethereum [ETH] ICOs have already sold almost as much they raised, says BitMEX research appeared first on AMBCrypto.