Cardano [ADA] seems to be getting a bullish push in the short-term, even as the bearish trend in the medium to long-term seems to not fade away. There seems to be no respite from the bear attack in the long-term as the downward trend in price is still going strong. 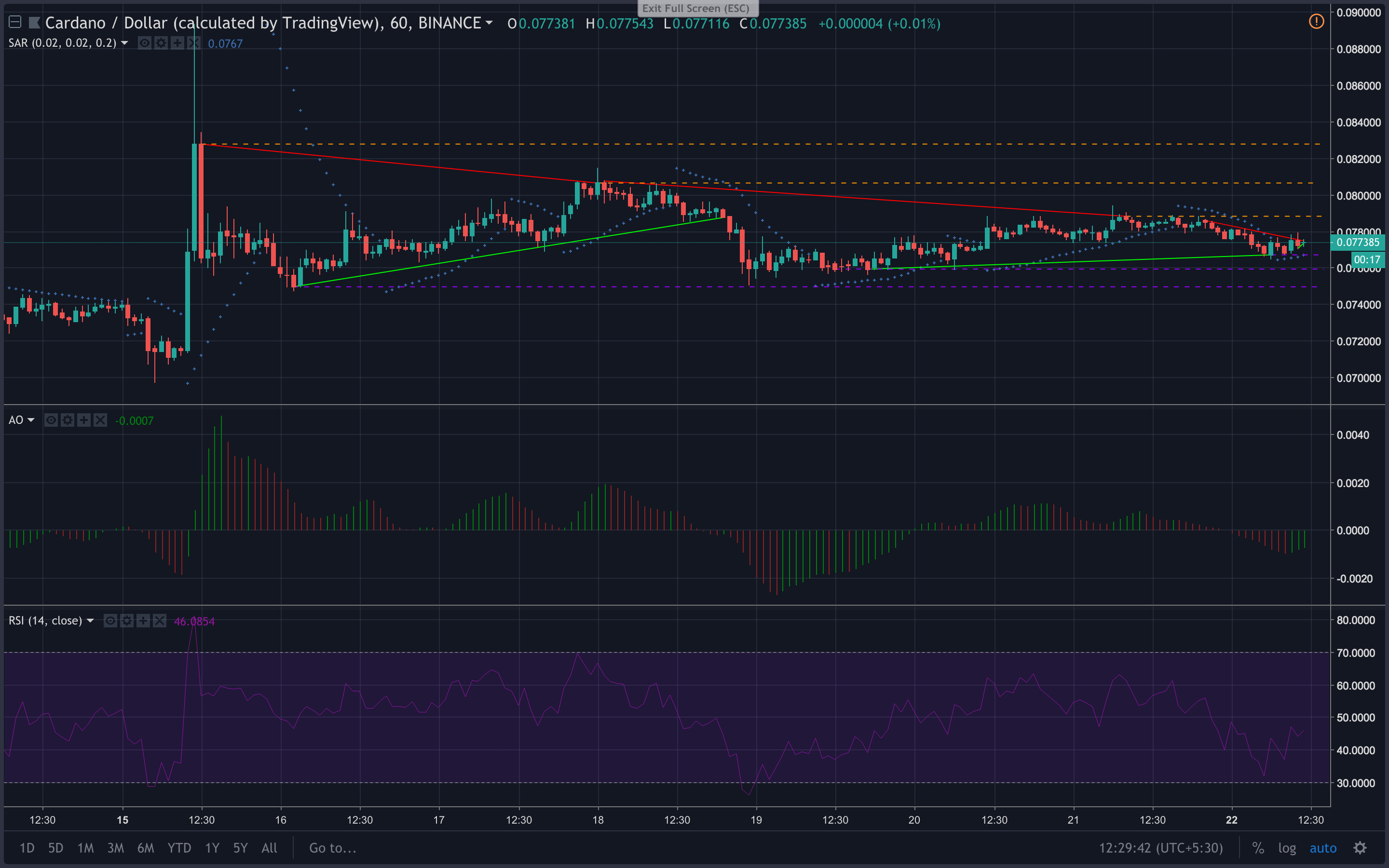 The Awesome Oscillator chart shows green bars emerging after a string of red bars. This is a clear indicator of a bullish market.

The Parabolic SAR chart shows the dots aligned under the candlesticks, indicating a bullish market.

The RSI chart shows the token recovering from an oversold position slowly, with the buying and selling pressure evening each other out. 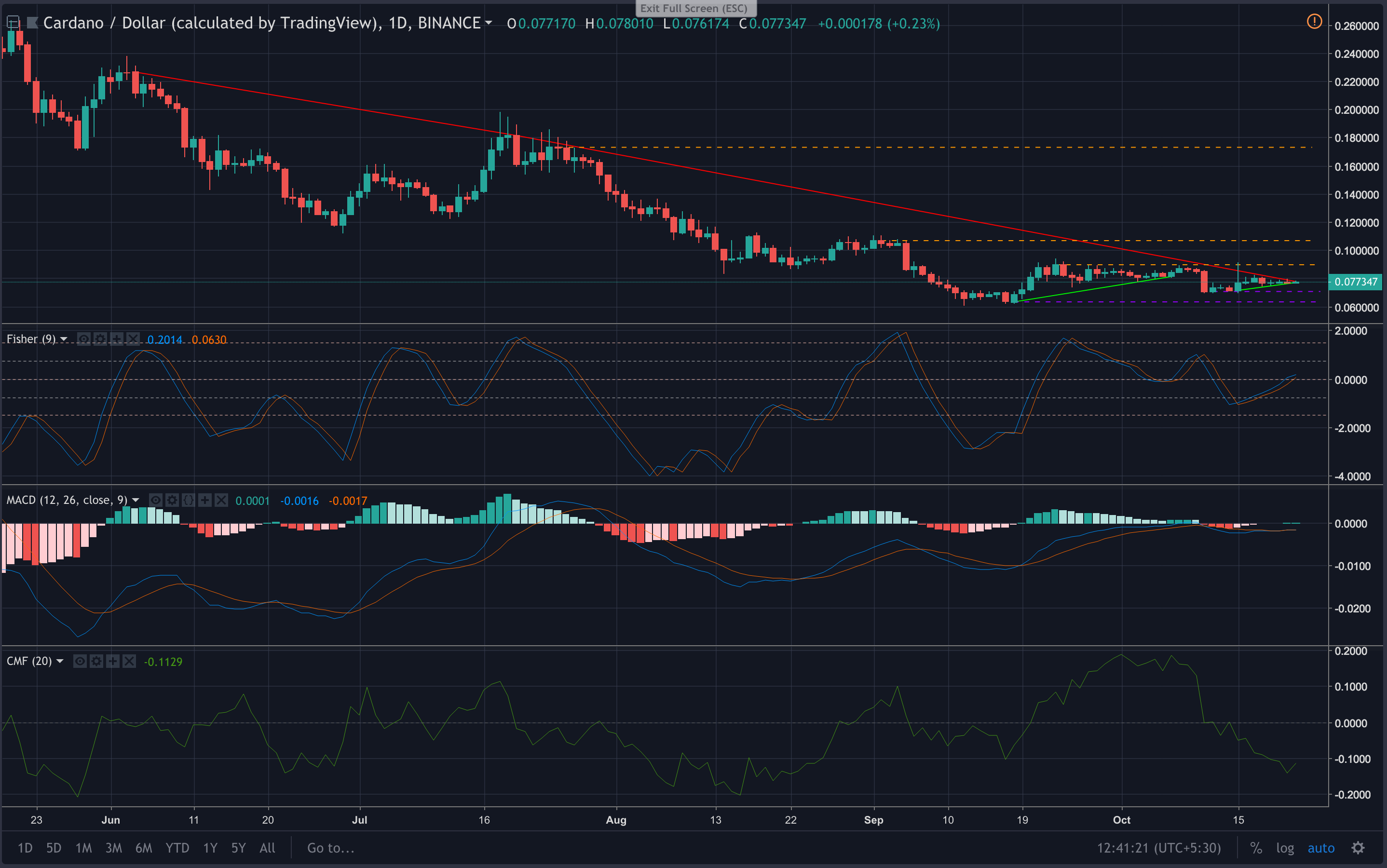 The MACD chart shows the moving average line on a downward drift, crossing the trigger line. This indicates a bearish market.

The Chaikin Money Flow chart shows the current value at -0.118. This indicates that money is flowing out of the market. This is a clear indicator of a bearish market.

However, an upwards drift seems to be emerging, pointing at a temporary bullish trend.