Bitcoin Cash [BCH] seems to be slowly gaining momentum, with the bulls running in its favor in short-term. However, the bear has managed to gulp down any impetus from the bull in the medium to long-term. While indicators show an upward movement of prices in the short-term, the long-term scenario looks bleak. 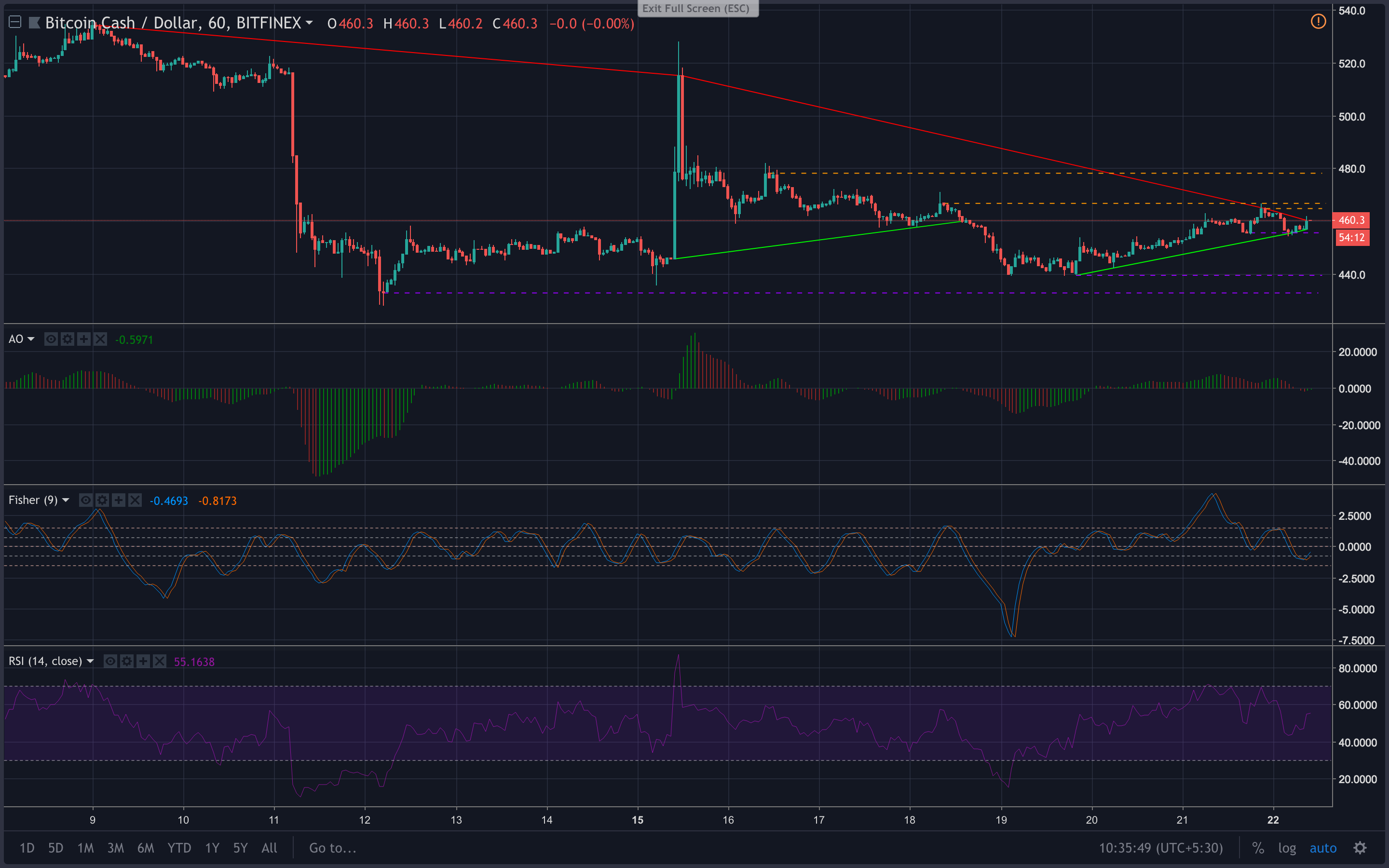 The Awesome Oscillator chart shows green bars reappearing after a short set of red bars. This indicates a rise in the price of BCH, pointing at a bullish trend.

The Fisher Transform chart shows the Fisher line on an ascendant path, crossing the trigger line. This points at a bullish trend.

The RSI chart paints a different picture. According to the indicator, BCH seems to be slowly climbing from an overbought position, but at the time of press, the buying and selling pressure seems to be canceling each other out. 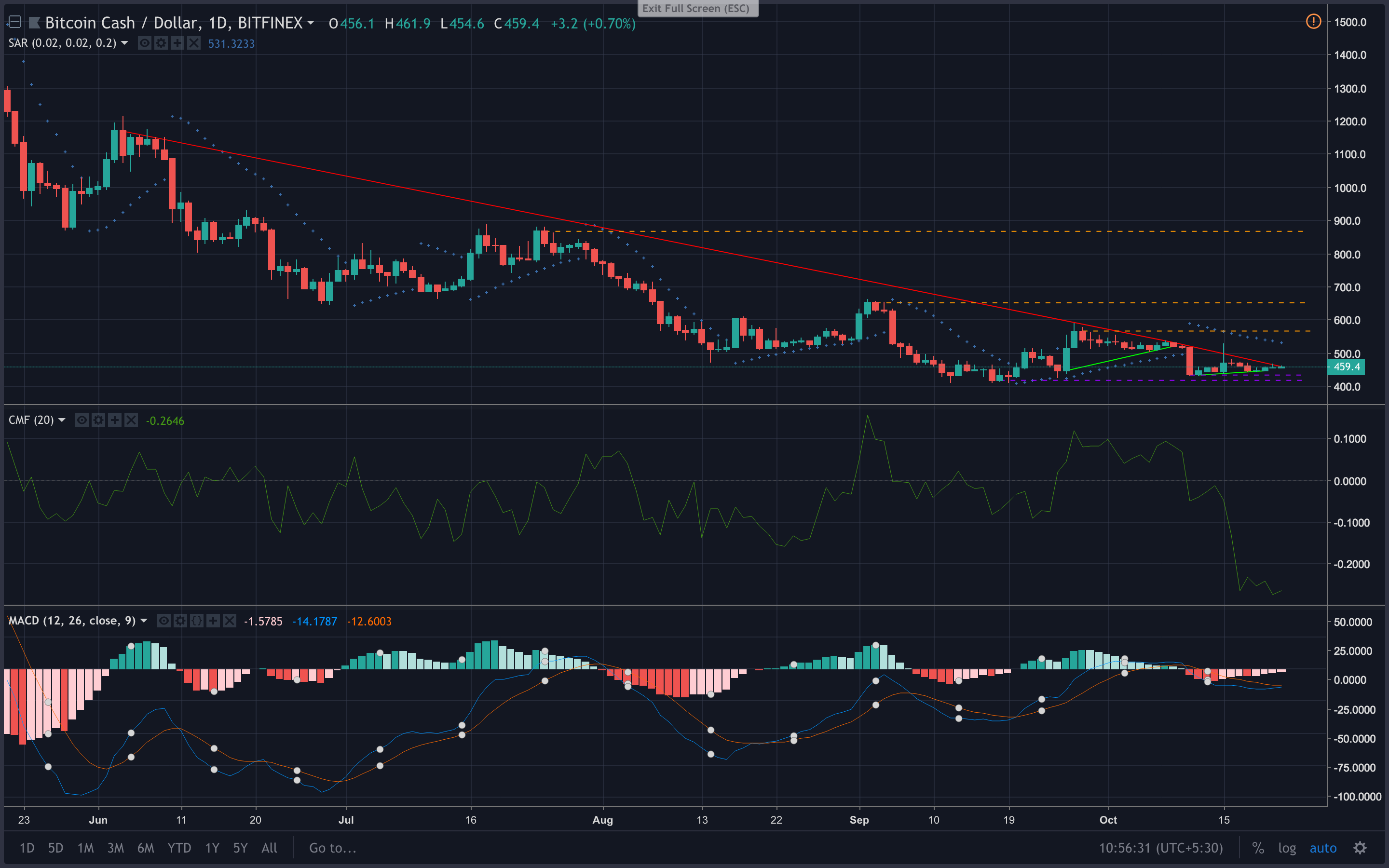 The Parabolic SAR dots have aligned above the candlesticks, indicating a bearish market.

The Chaikin Money Flow chart shows a value of -0.2660, indicating that money is flowing out of the market strongly. This points a resilient bearish trend.

The MACD chart shows the MACD line climbing downhill, crossing the signal line. This indicates a bearish market. However, it seems that the lines are inching closer to each other, pointing at an imminent bull run.