Bitcoin Cash [BCH] seems to have temporarily shielded itself from the constant bear attacks as indicators predict a short-term bullish trend. However, the token is still being dragged down by the bear army in the long-term as the prices have been going down almost consistently over the last few months. 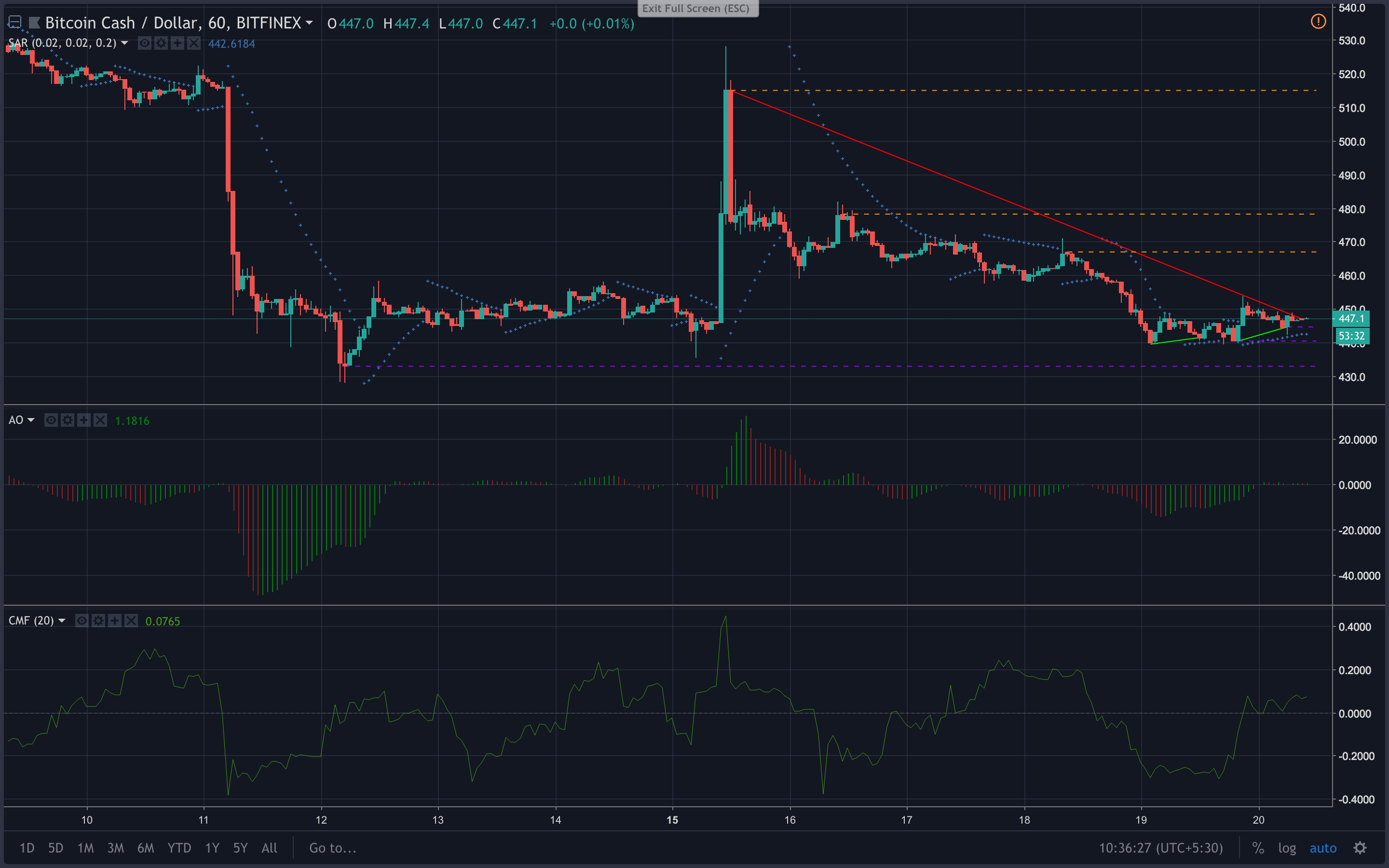 Conversely, on the long-term, the trend seems to be stumbling as a sturdy downward trend was observed from $515.1 to $447.1 between 15th October and 20th October.

The Awesome Oscillator seems to have had a rough field day. After almost constant green bars, the market now seems to have slowed down, with green and red bars constantly wavering. The bars are currently green, pointing at a bullish trend in the short-term.

The Chaikin Money Flow [CMF] chart speaks a similar story. At press time, CMF was at +0.083 while continuing its upward drift. This is a clear indicator that money is flowing into the market, pointing a bullish trend in the short-term.

The Parabolic SAR dots have aligned themselves below the candlesticks since 19th October, pointing at a robust bullish trend in the short-term. 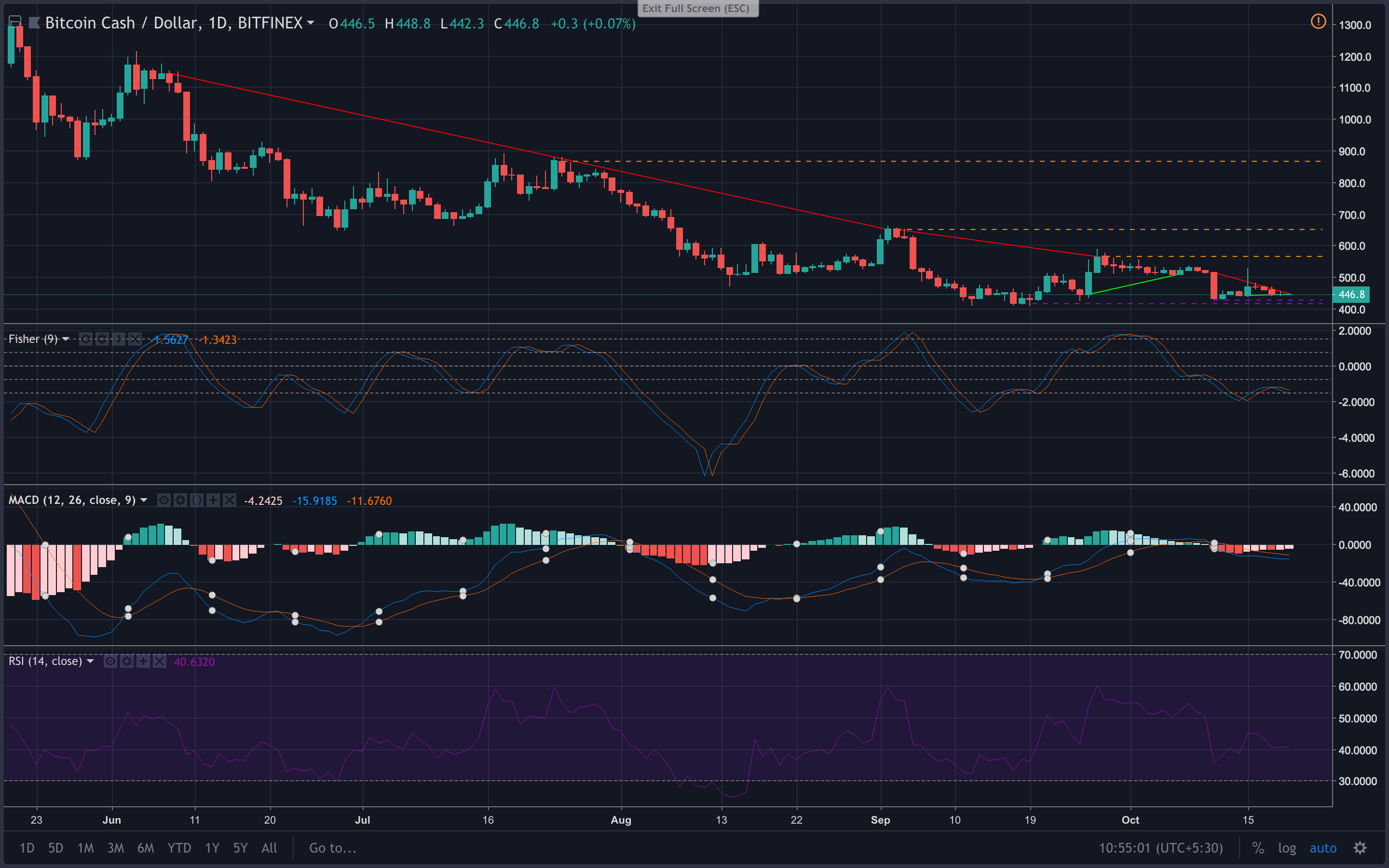 The MACD chart shows the moving average line on a downward path, crossing the signal line on October 10. This is a clear indicator of a bearish market.

The Fisher Transform chart shows the Fisher line moving down the graph, crossing the trigger line. This indicates a bearish market trend.

The RSI chart shows the token climbing back from a slightly oversold position in the medium-term. The line has now stagnated, indicating almost an equal buying and selling pressure.

According to Awesome Oscillator, Chaikin Money Flow, and Parabolic SAR, a bullish market can be seen developing in the short-term. If the trend continues, the immediate resistance will be at $467.0 in the long-term. If this is broken, the next resistances are at $478.3 and $515.1.