The cryptocurrency market skyrocketed today after moving sideways for a long while. All the big coins, such as Bitcoin [BTC], XRP, Ethereum [ETH], Tron [TRX] experienced a major hike in their trading prices by massive percentages. However, in the 7-day trading price chart, cryptocurrencies like Bitcoin Cash [BCH] and Cardano [ADA] are observed to be down by more than 12% in the 7-day trading chart.

At the time of writing, the cryptocurrency market appeared to possess much volatility and is playing between the red and green switches. ADA has taken a flight again and has moved up by 2.59% in the past 24-hours. It is currently trading at $0.075 with a market cap of $1.94 billion and a 24-hour trading volume of $72.1 million. 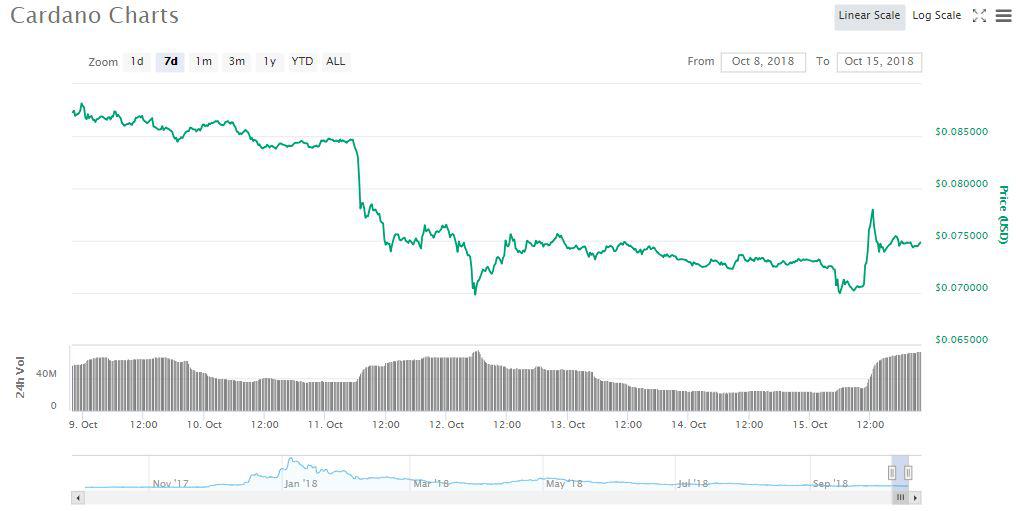 Last week, ADA opened at a high trading price of $0.0873 but kept following a gentle downward trend until its first major drop of the week at $0.078. The lowest point traveled by the cryptocurrency was when it was trading at $0.0698 with a market cap of $1.81 billion while the week-peak of ADA was recorded at $0.0878. Today, the coin recovered from the loss imposed by a crashed market and moved up trade at $0.0779.

Meanwhile, Bitcoin Cash [BCH], which is among the top-5 cryptocurrencies has made relatively more progress than Cardano, currently soared by 3.27%. At press time, BCH was trading at $460.95 with a market cap of $8.02 billion and a trading volume of $545.1 million in the past day. 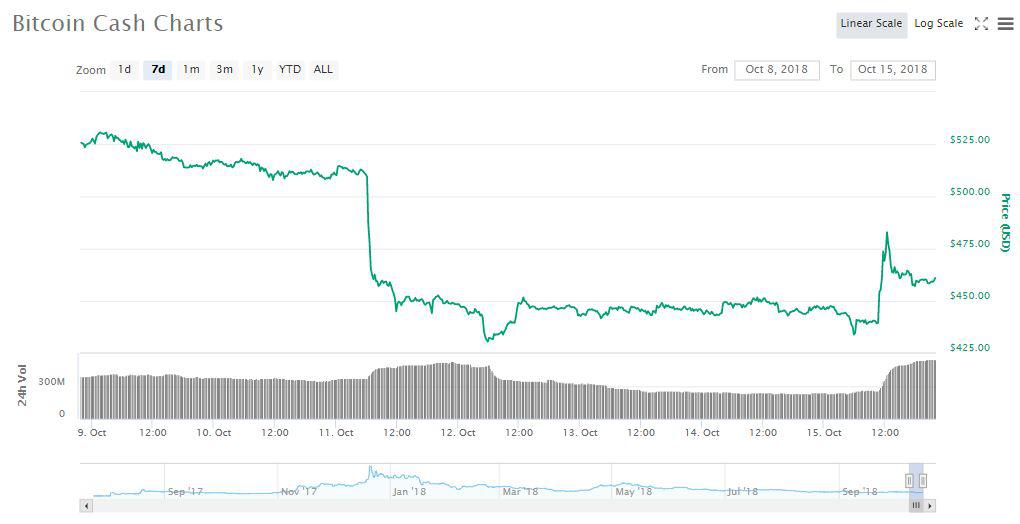 During the past 7 days, the week opened for BCH at $525.83 but kept strolling down casually to trade at $509.43. Post this, the token experienced a severe jerk and tumbled all the down to $430.48 with a market cap of $7.48 billion. This was the bottom of the week for the coin. After laying low for a few days, BCH rose to its glory on 15th October and rolled back into the green zone by moving straight up at $482.86.

The post Bitcoin Cash [BCH] and Cardano [ADA] prices hike but remain the biggest losers of the week appeared first on AMBCrypto.