Earlier today, Bitcoin [BTC] broke past one of the crucial resistances within which it has been trading, since the beginning of this month. While that bullish momentum has not been converted into a solid upwards movement, the price has an added tendency to move upwards due to the reversal. 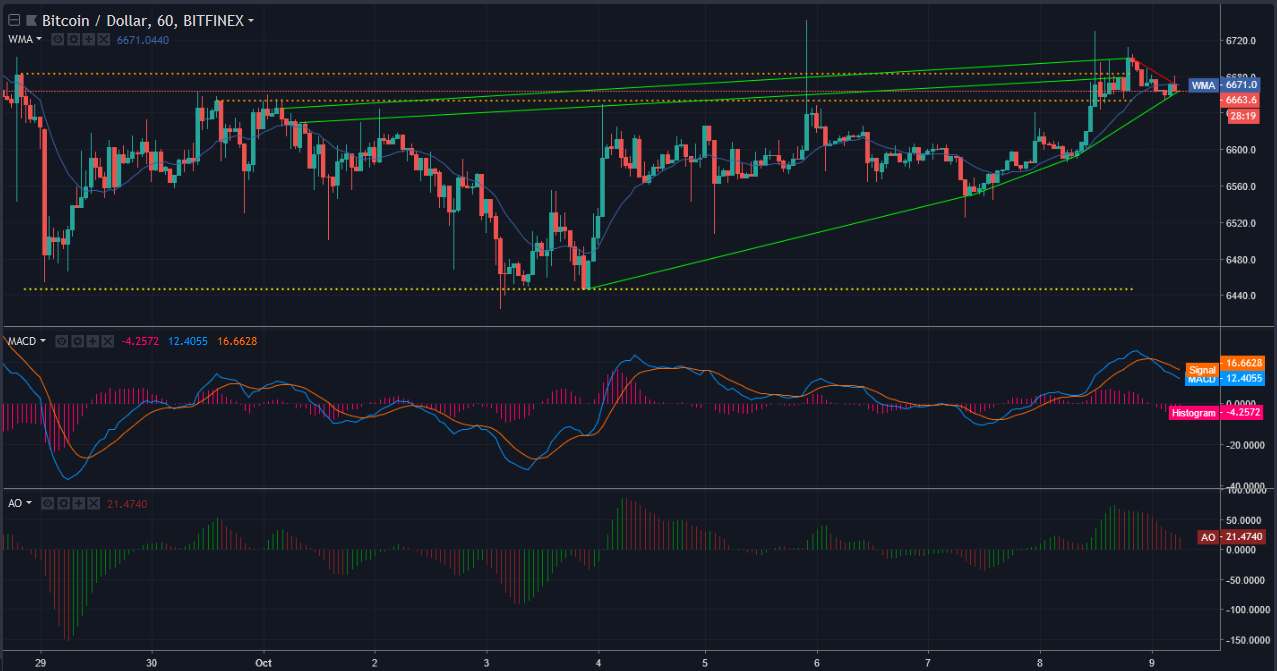 The uptrend provides a solid support for the price to fall back on, with further help appearing at the $6450 mark. The break past the short resistance at $6720 – $6600 could see a positive movement.

The MACD, however, is demonstrating a bearish crossover due to the drop yesterday. The histogram is also moving downwards, suggesting that this might be a continued trend.

The Awesome Oscillator is also demonstrating a bearish signal for the short term, as seen by the occurrence of red bars. 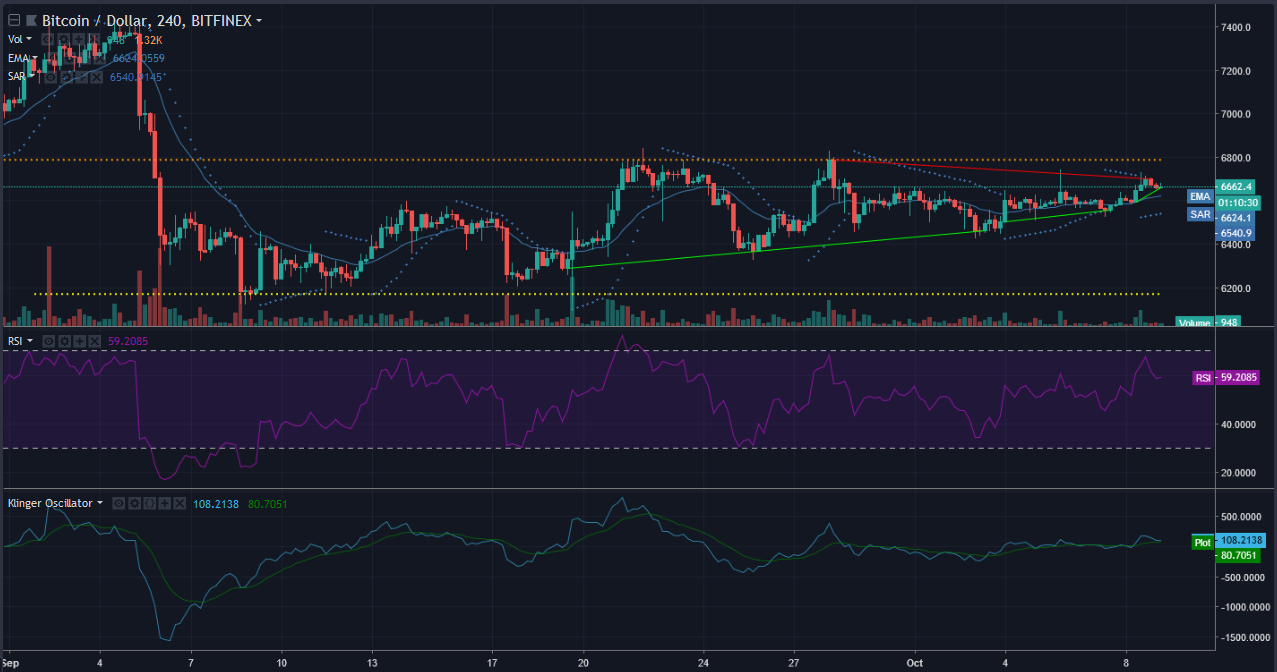 The RSI recently recovered from the overbought zone, finding itself declining to the center as buying pressure subsided.

The Klinger VO recently saw a bullish crossover, which then subsided to rebound off the signal line.

The Parabolic SAR is flashing a bullish outlook for the medium-term forecast of Bitcoin’s price. 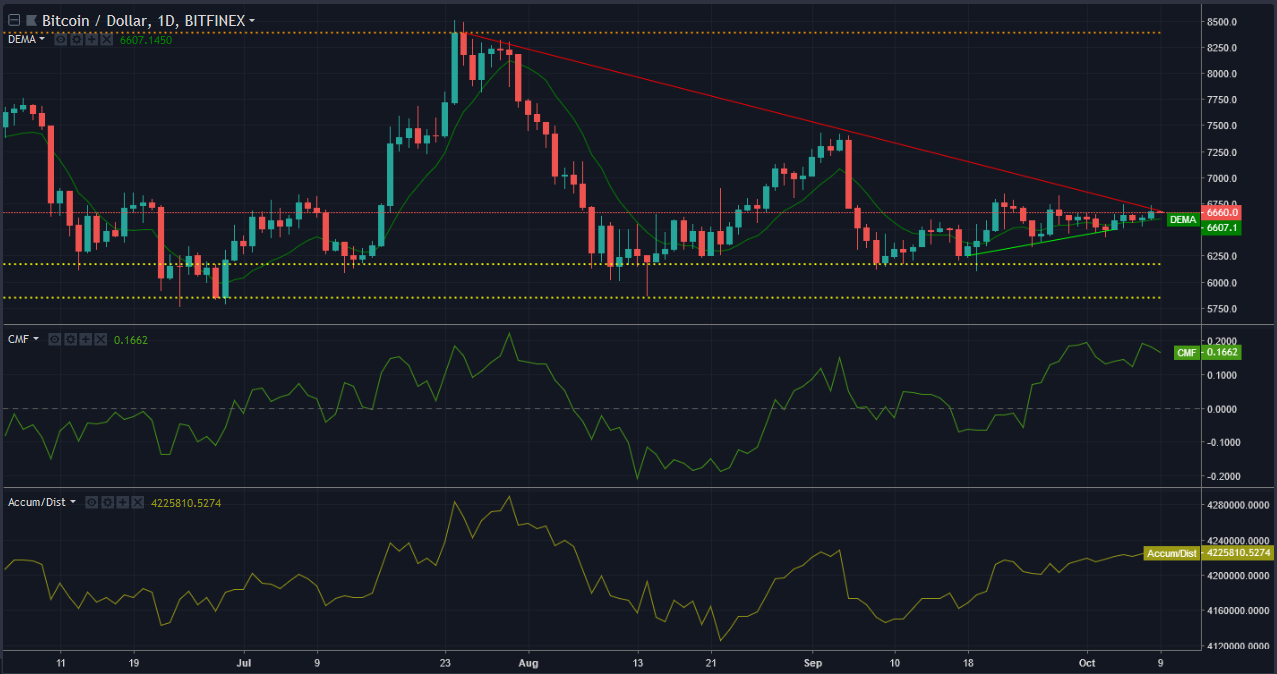 A powerful long-term trend was observed and represents the price moving downwards. This comes off the resistance at $8390 and is currently forming a triangle with the support level at $6170.

The Chaikin Money Flow is positive after a solid jump from around 0. The Accumulation Distribution Indicator is confirming a slight uptrend seen in the price.

The price seems to be primed for a greater upward movement due to the resistance break earlier today. However, indicators suggest that this growth will be realized in the medium to long-term.