Yesterday’s price hike saw Bitcoin [BTC] investors rejoice as it marked a much-needed price movement above the resistance levels. However, the price has since corrected and found its place in the prior resistances albeit with a better outlook than before the hike. 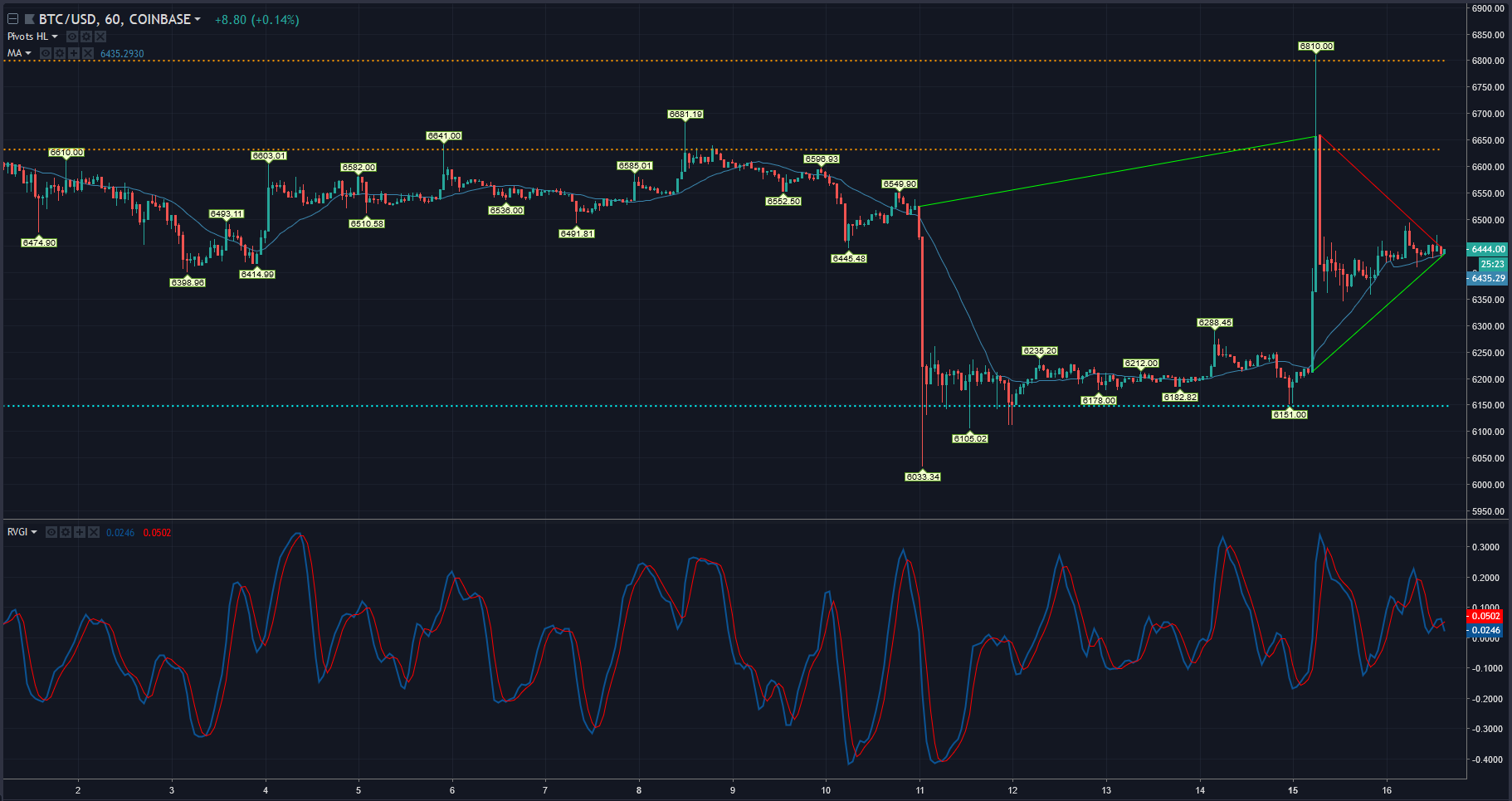 The pivot points around the resistance and support line show a tight market movement between the ranges.

The Relative Vigor Index is demonstrating a bullish crossover.

The Moving Average is at $6435, representing a good support level for the coin. 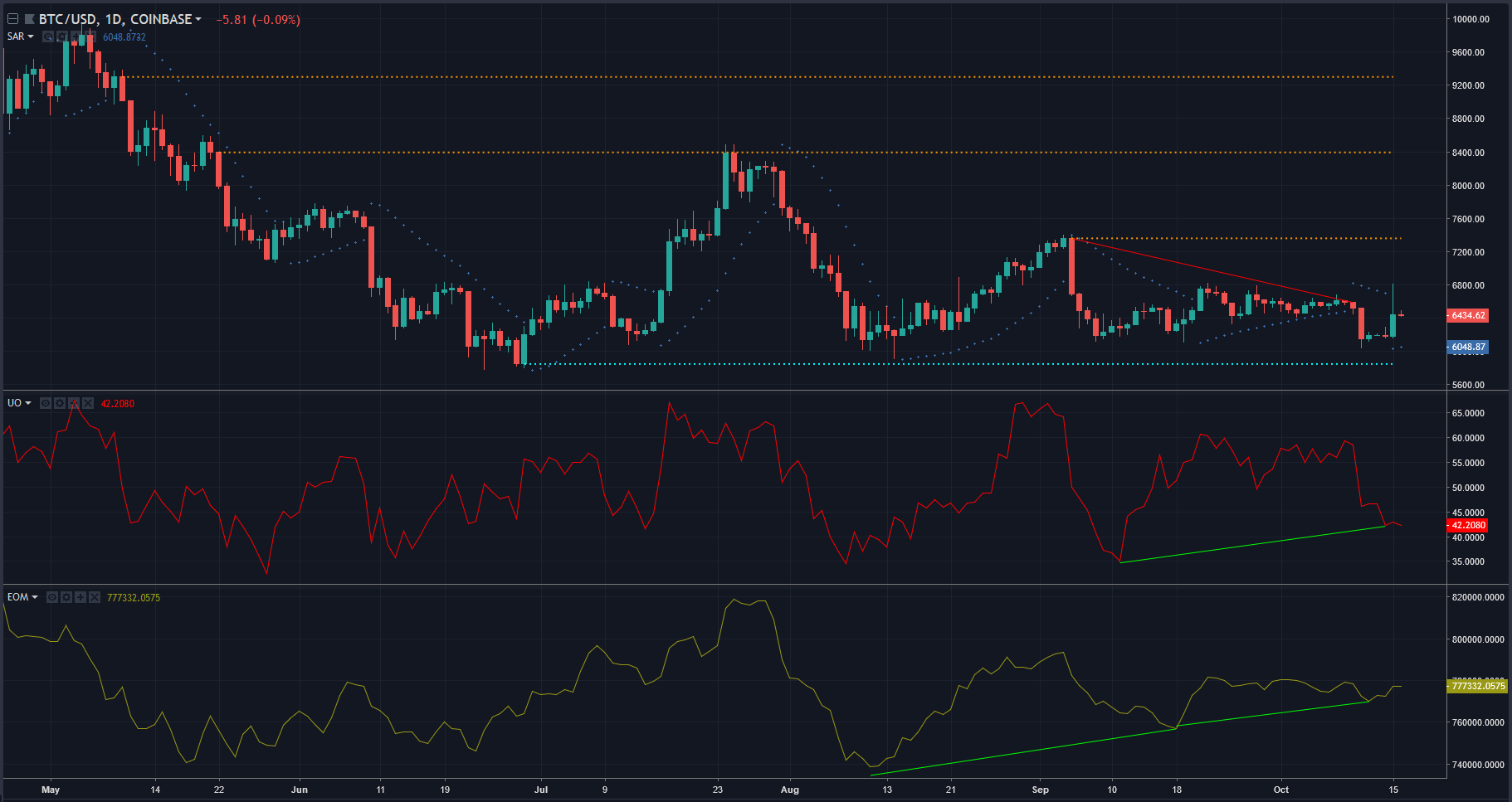 The Parabolic SAR indicator is bullish, as represented by the dots under the price movement.

The Ultimate Oscillator is demonstrating a bullish divergence with the price, generally representing a buy signal.

The Ease of Movement indicator seems to be primed for further upwards movement if it continues its current trend and reverses into positive territory.

While yesterday’s breakout showed that the market still carried momentum, it is necessary to observe whether the price will continue the upward movement. The indicators are demonstrating a positive movement to come, with market movement decided ultimately by investor sentiment.