Bitcoin [BTC] has seen the lowest price volatility it has observed in the short-term, sticking close to the mid-$6000s since the beginning of this month. While this may not make an exciting scenario for day traders, the movement may be a sign of a bigger price movement to come. 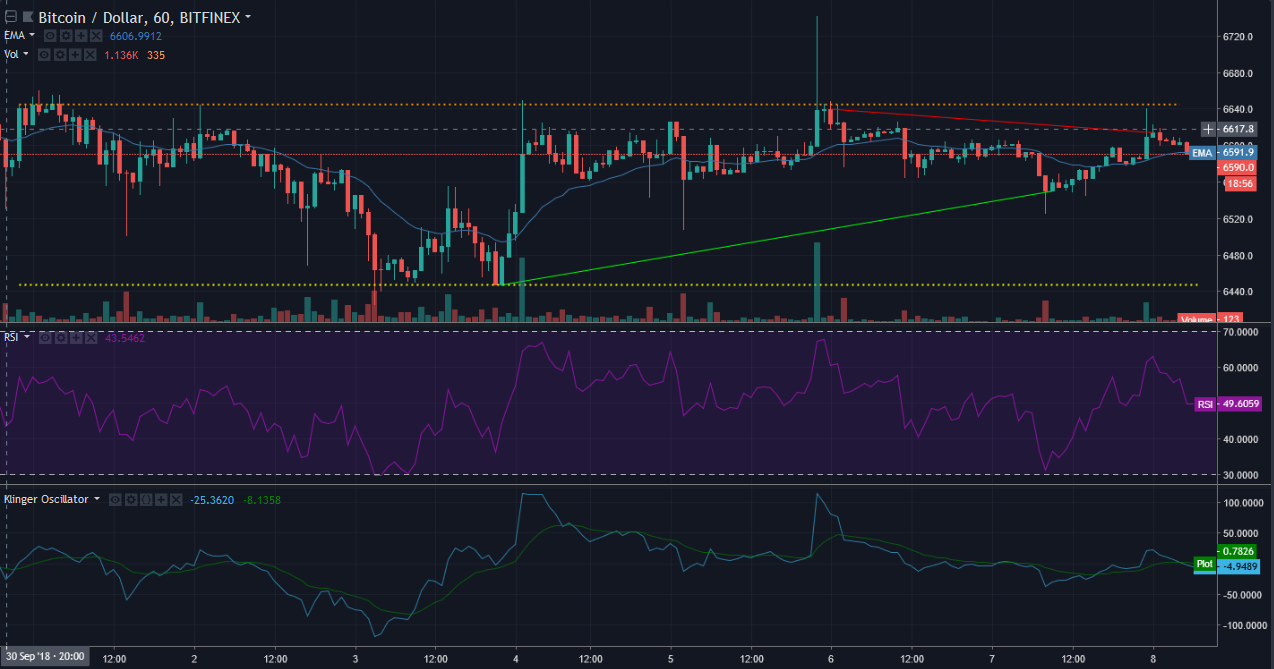 The RSI moved towards the overbought zone before subsiding. It is concurrently resting in the center. This represents a balance between the buying and selling pressure.

The Klinger VO is representing a bearish crossover downwards, as seen by the oscillator trading down as the line crosses it. 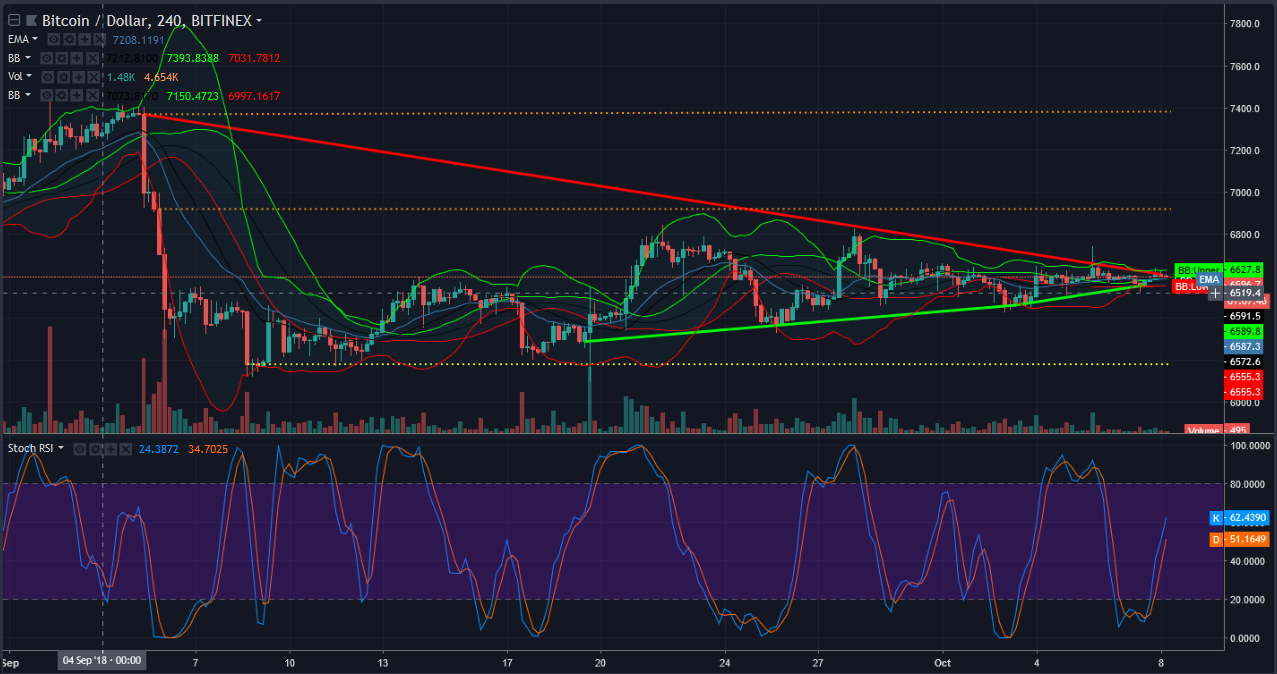 The Double BB shows a constrained movement in between the +1SD and the +2SD bands, which depicts positive momentum on the price. However, the bands are tightly constrained due to the reduced volatility, indicating an ‘explosion’ in the coming days.

The Stochastic RSI recently recovered from the oversold mark and is demonstrating a sharp uptrend recently.

There are prominent resistances at the $7380 and $6920 marks. The support level is described at $6180, which represents the bottom in the current run. 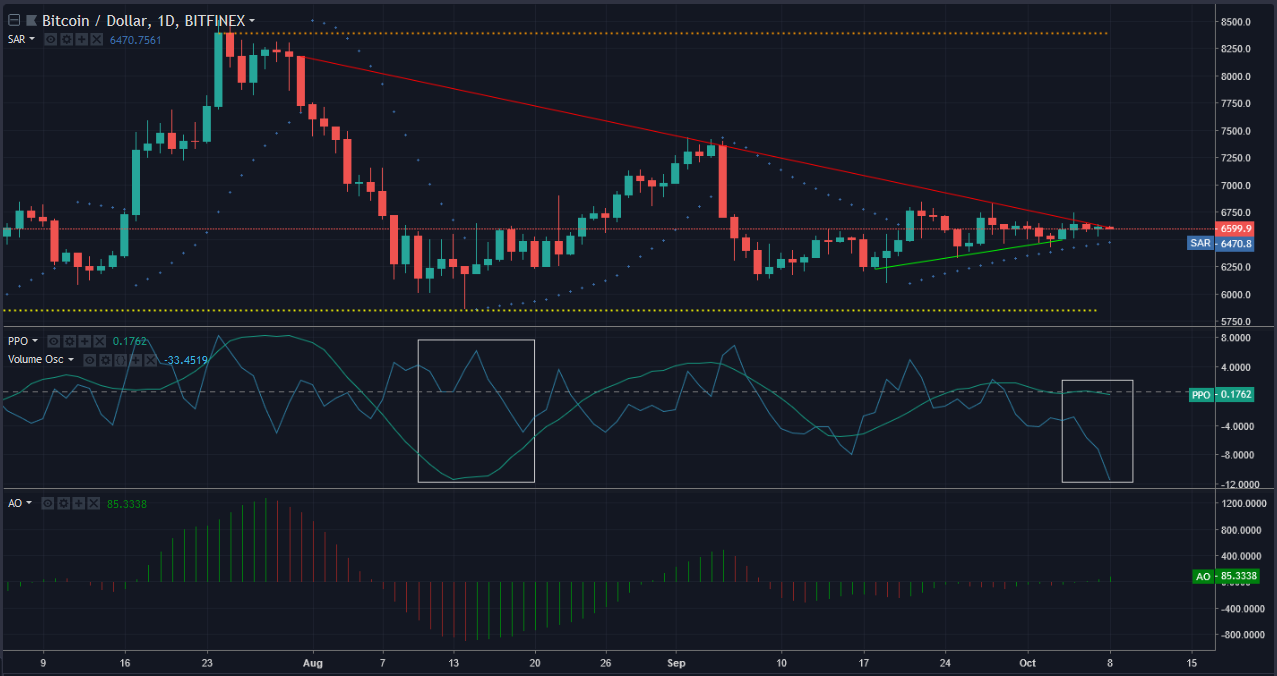 The price oscillator is continuing in its movement, and has flattened due to decreased volatility in the recent run. The volume oscillator also demonstrates that the trading volume has taken a hit, and represents the potential for a breakout when compared with the price oscillator.

The AO is moving upwards slowly. This represents the accumulation of bullish momentum.

Bitcoin is resting at a crucial level, demonstrated by its low volatility over the past week. Owing to reduced trading volume, the lack of volatility may be used as a fuel for the next run upwards.

Indicators also demonstrate that the price might see a bullish break sometimes soon. The resistances to look out for are at $6650, $6920 and $7380.

The post Bitcoin [BTC/USD] Technical Analysis: Reduced volatility to provide fuel for the next bull run? appeared first on AMBCrypto.