Investors seem to be losing interest in the cryptocurrency market, with the price movement of Bitcoin [BTC] slowly dying down to trade tightly within a set range. This has led to a generally neutral consensus on price in the mid-$6000s. 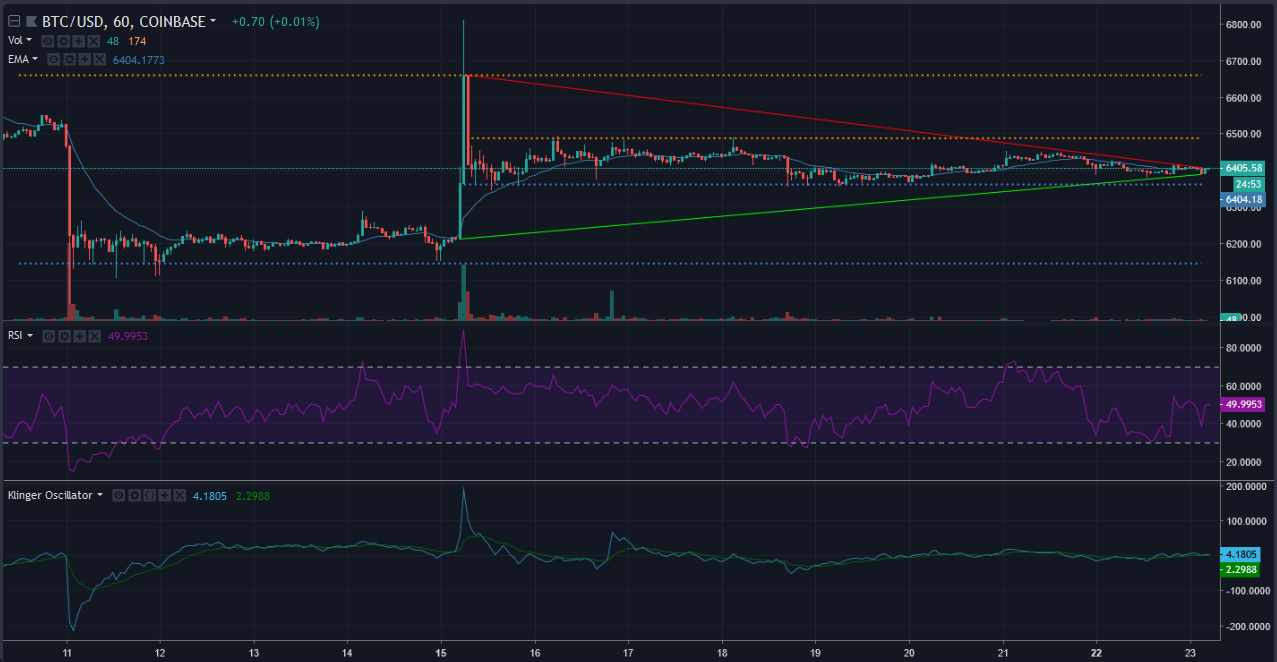 The price movement has largely been restricted to trade between the $6490 resistance and $6360 support level. The 20-period EMA is providing support at $6404.

The RSI shows that buying and selling pressure has equalized, and has recovered to the centre after a dip to the oversold zone.

The Klinger Volume Oscillator is demonstrating a  bullish crossover on the oscillator, as seen by the recent upwards movement. 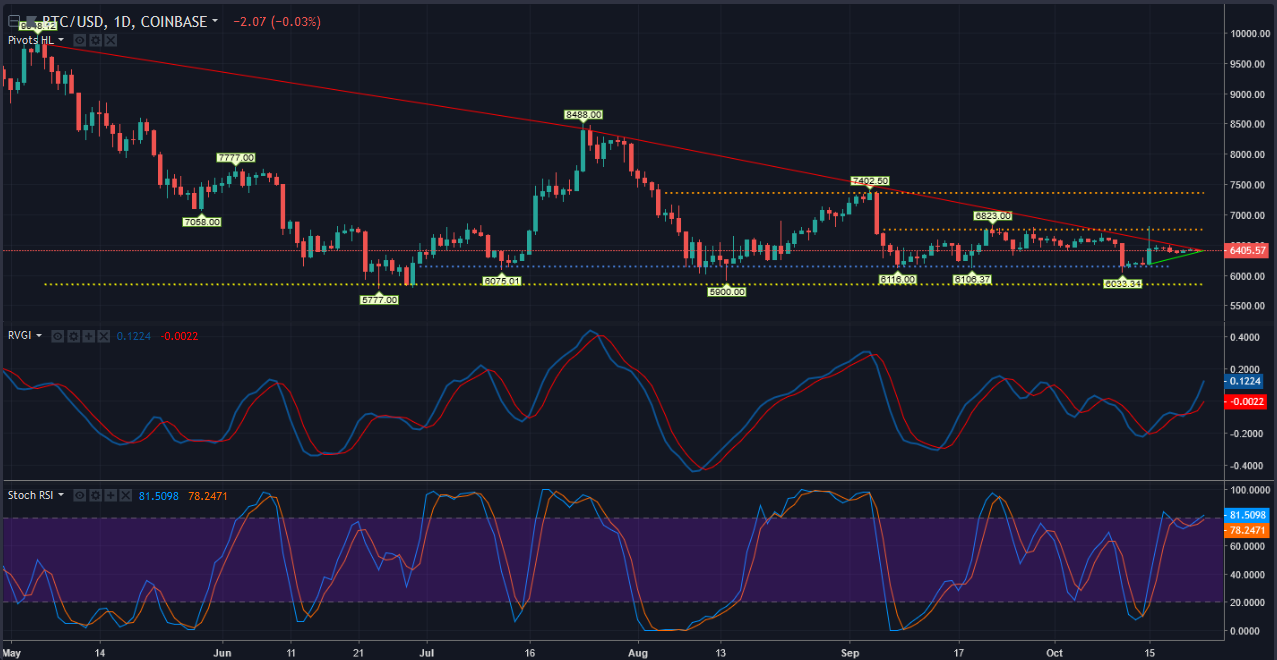 This forms a descending triangle, with the pivot points also demonstrating that the price is moving downwards in the pattern.

The Relative Vigor Index is demonstrating a bullish crossover upwards with a very slight upwards movement.

The Stochastic RSI is tending towards the overbought mark, and might look to make a recovery in the downward direction.

The price is exhibiting similar characteristics as to what has been seen for the past month. While indicators are tending towards a bullish signal, market sentiment seems to have come to a dead halt. Resistances that can be tested are at $6490, $6660, and $6755 levels.