Bitcoin [BTC] has seen an extended sideways movement over the past week, sticking close to the $6600 level that it has held as being crucial for the price. Volume has also seen a short decline along with the decreased volatility. 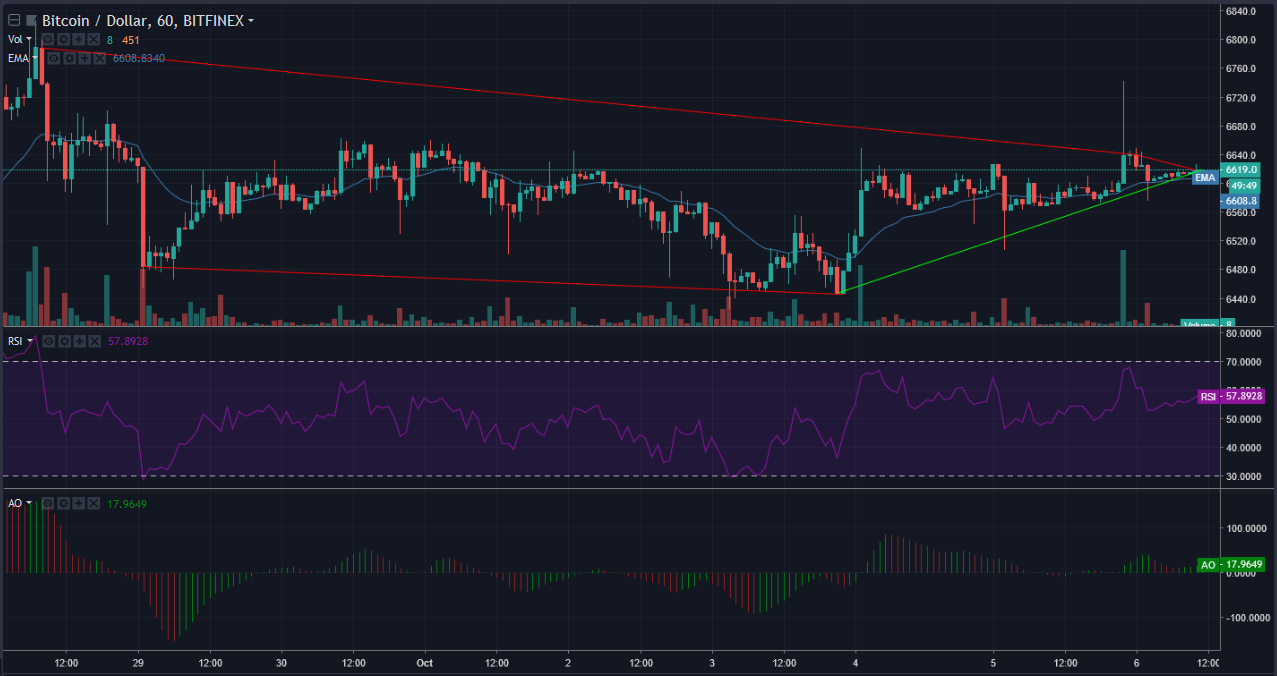 The RSI recently recovered from an overbought position, subsiding currently to median levels. There is a good balance between buying and selling power.

The Awesome Oscillator is flashing green and is demonstrating a bullish sign.

The 20-period Exponential Moving Average is providing a support for the price at the $6600 mark. 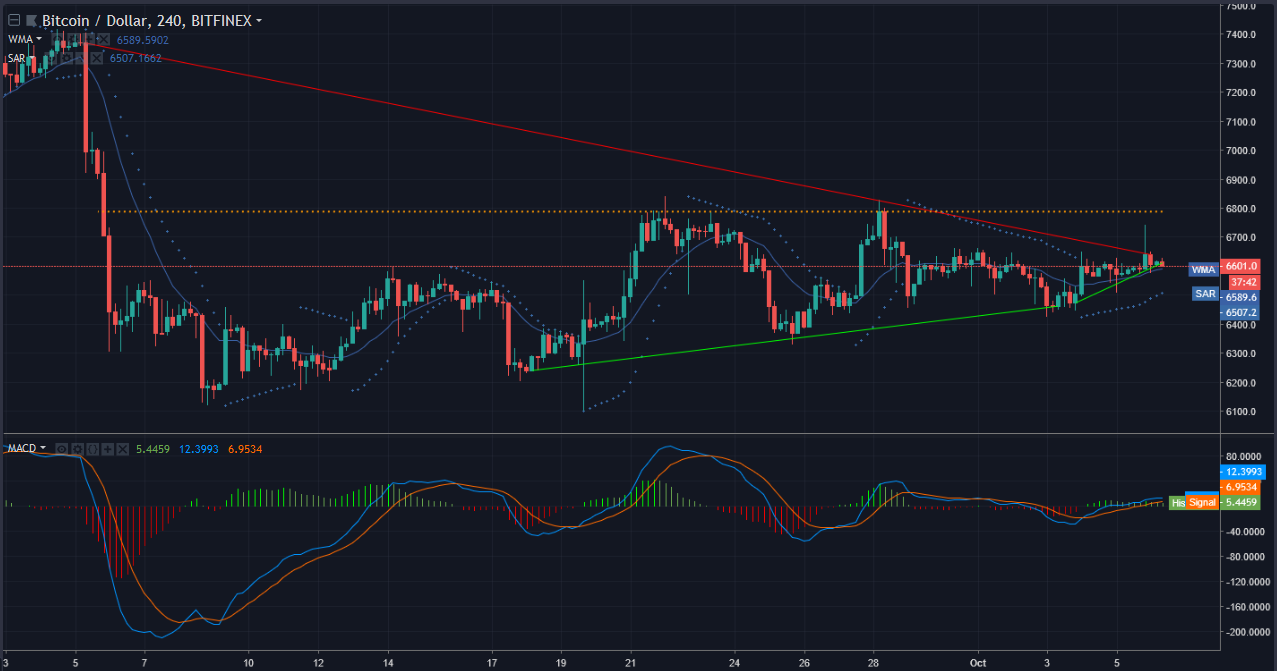 The MACD is presenting a bullish crossover with the MA moving upwards over the signal line.

The Parabolic SAR indicator is also flashing a bullish sign as seen by the movement of the dots to below the candlesticks. 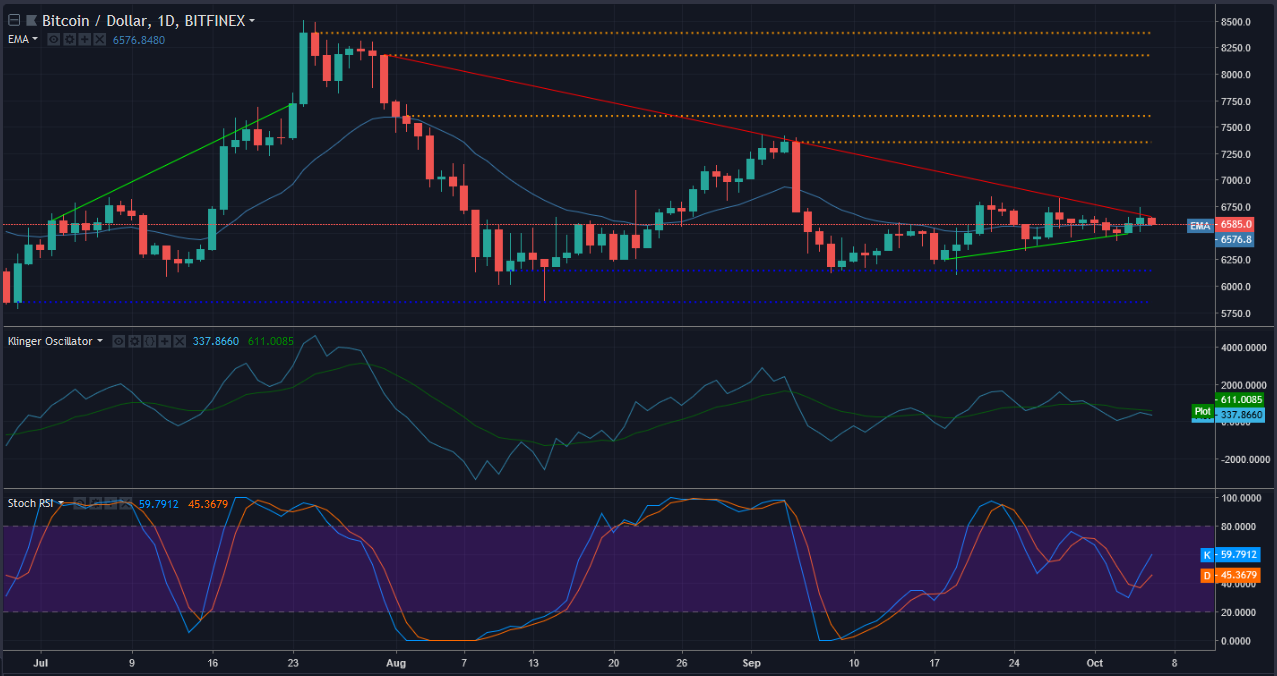 The Stochastic RSI recovered from an almost oversold position to bounce back to the center. It is presenting a strong uptrend currently.

The Klinger Volume Oscillator is also recovering from the formation of a bearish cross recently.

The post Bitcoin [BTC/USD] Technical Analysis: Has the bottom been found? Price at a crucial crossroads appeared first on AMBCrypto.