The price of Bitcoin [BTC] has continued its sideways movement which has been its defining characteristic over the past few days. However, it does not look like this movement will continue, as the market seems to be waking up to the real-world advancements made in the technology. 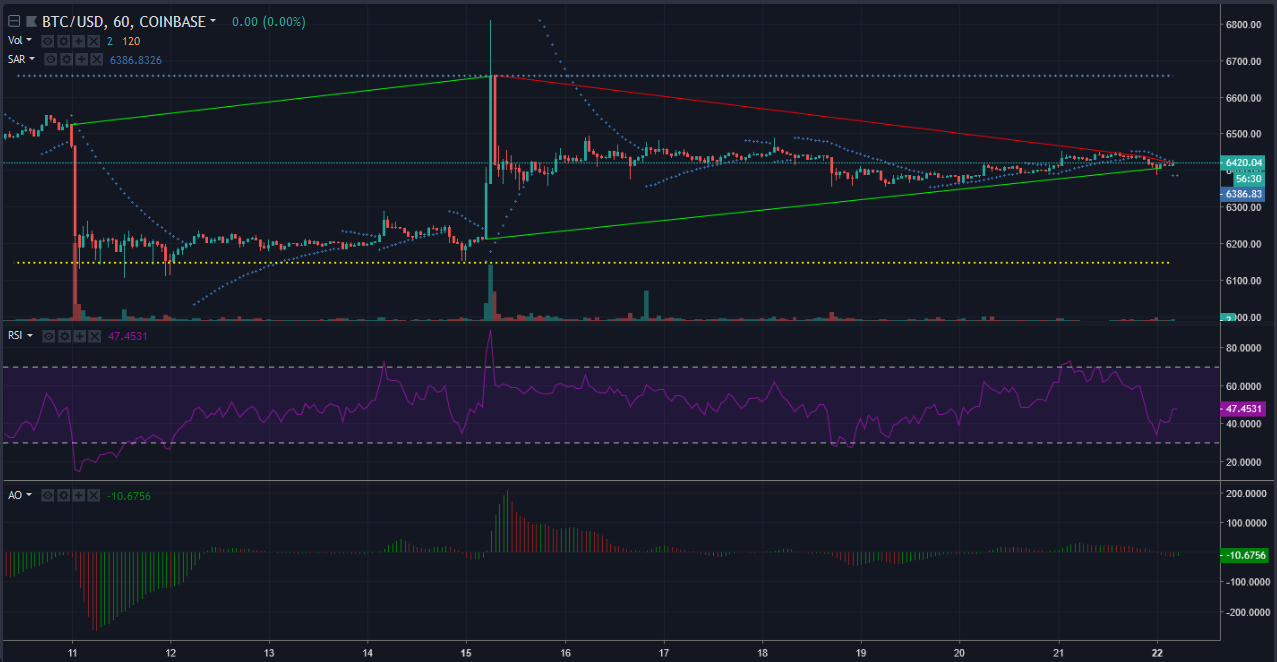 The Parabolic SAR is bullish, as seen by the presence of the dots below the two most recent candlesticks.

The RSI has recovered from the oversold zone and has come back to the middle to represent equal buying and selling pressure.

The Awesome Oscillator is turning bullish, as evidenced by the green bars on the indicator. 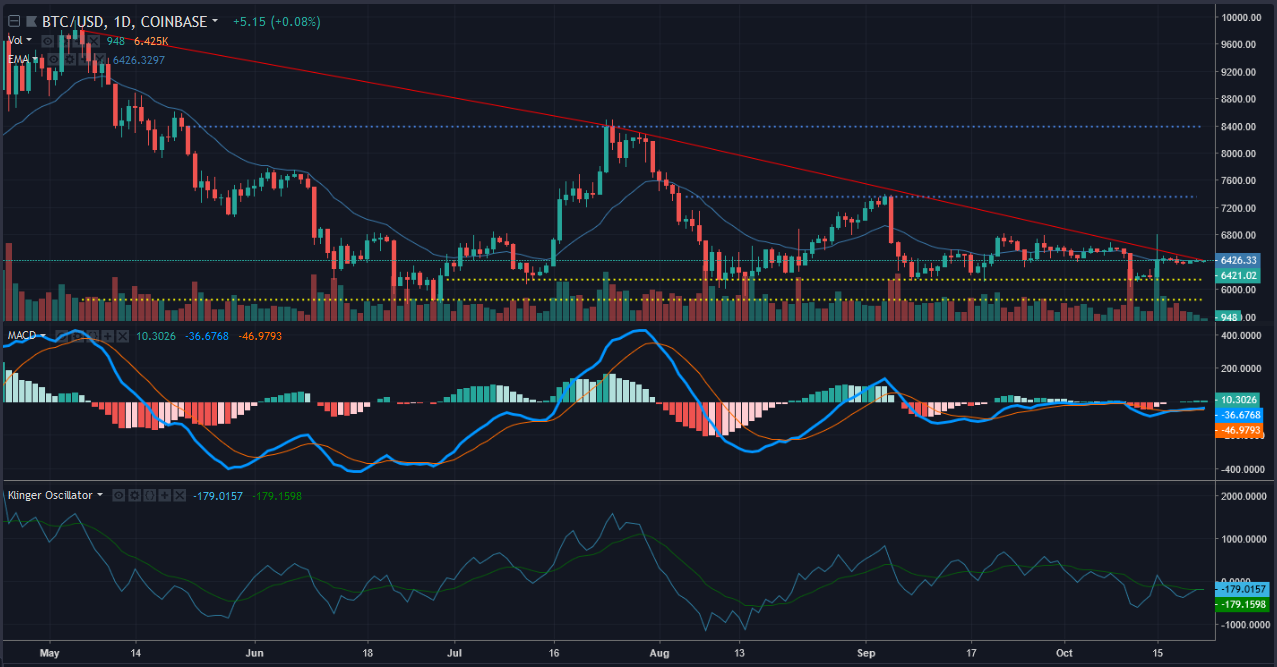 The MACD is demonstrating a bullish crossover as the MA crosses upwards across the signal line.

The Klinger Volume Oscillator is also demonstrating a bullish crossover, depicting that the price might move upwards.

The price of Bitcoin seems to be headed for a bullish break as the indicators are demonstrating bullish signs across the board. Moreover, the close proximity of the price to the pattern depicted over the long-term points to a breakout in favor of the bulls.