Bitcoin [BTC] saw the break of the $7,000 psychological resistance line recently amidst rising investor concern regarding the USD Tether currency. The coin has since been unable to convert the momentum into price movement concrete enough to move it beyond established levels.

XRP, however, has seen a continued growth since its pump in the market earlier this week, carrying forward slightly decaying momentum as investor sentiment wears out. 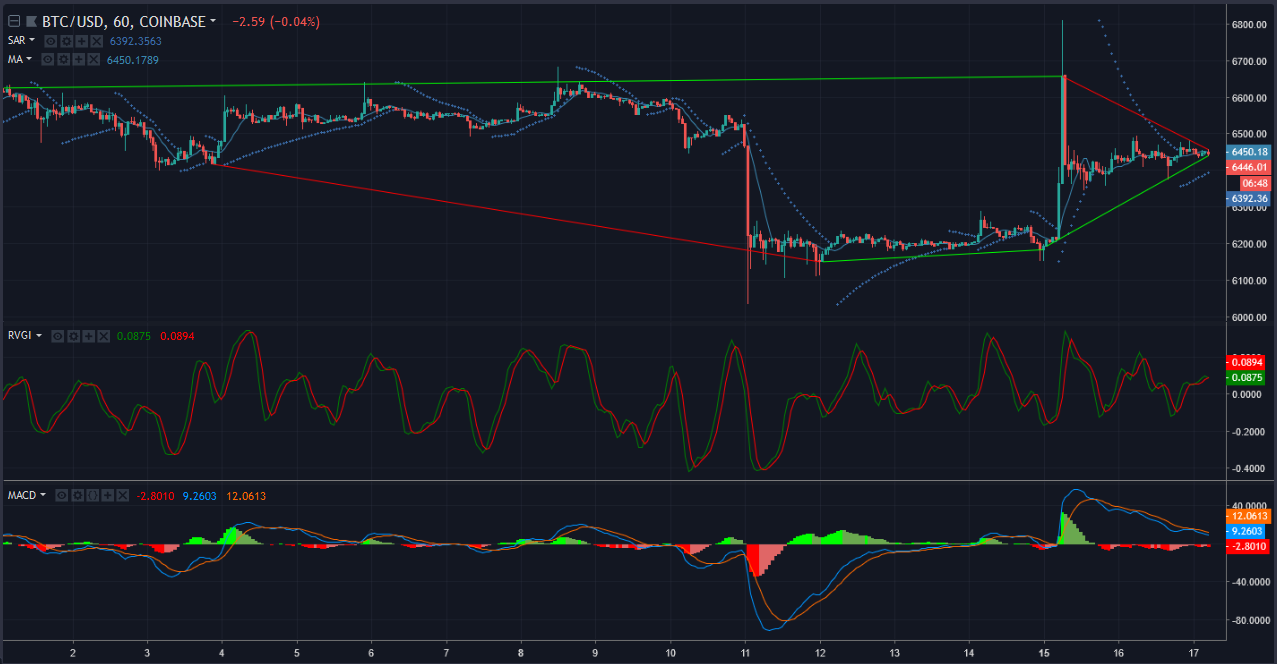 The Relative Vigor Index has seen a bearish crossover, with the MA line crossing below the signal.

The Parabolic SAR, however, is demonstrating a bullish signal, as the dots are present below the candlesticks.

The MACD is demonstrating an unclear signal. 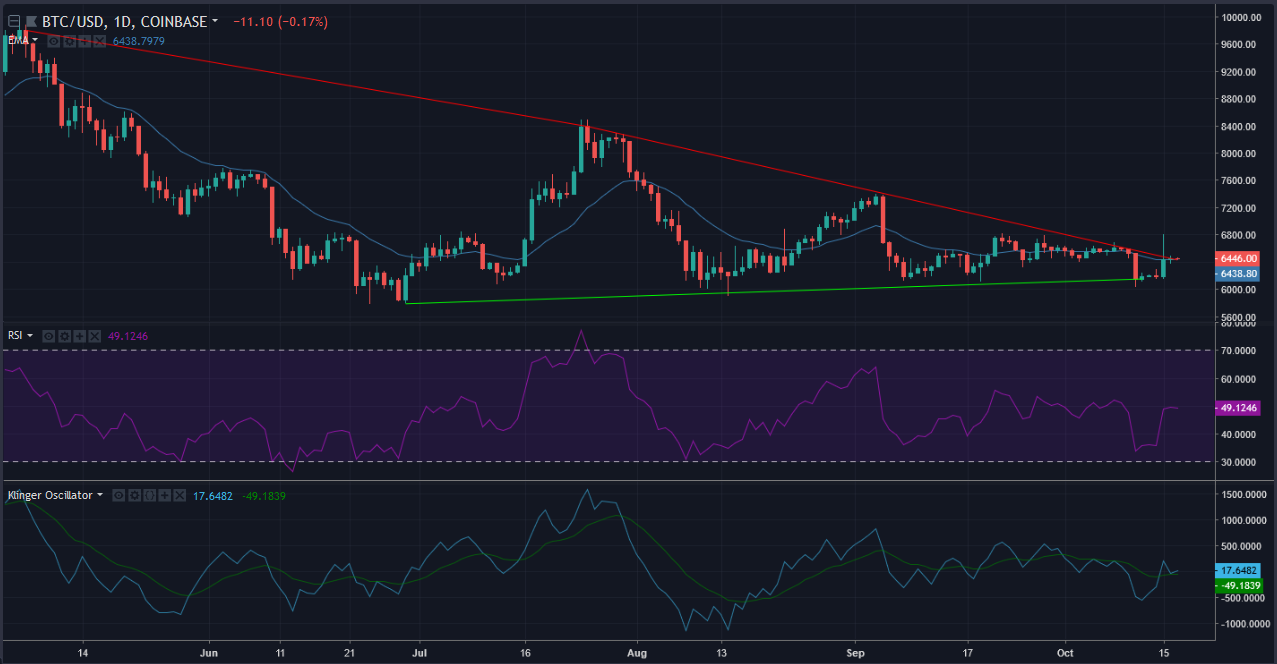 The RSI is demonstrating a balance of buying and selling pressure after the market recovered from an overbought zone.

The Moving Average is at $6,440, providing a support level for the price.
The KVO is recovering after a bullish crossover earlier in the week. 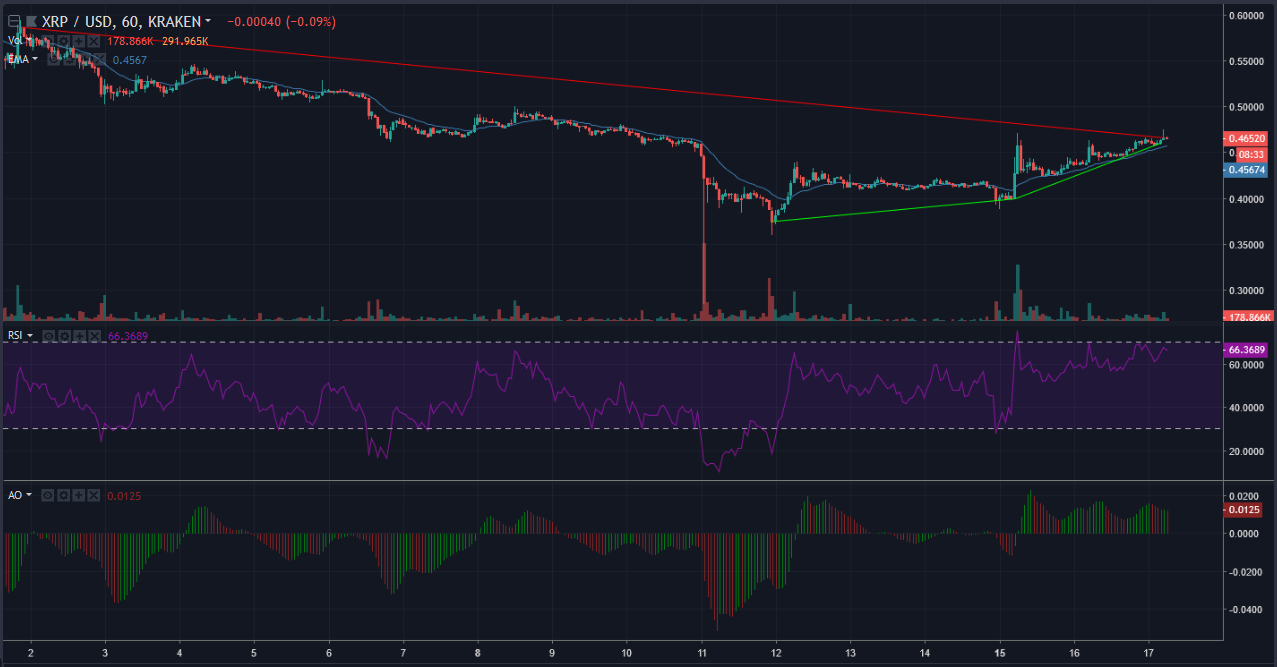 The RSI is moving towards the overbought zone and might see a pullback into a selloff if the upwards momentum is not strong enough to carry the rally.

The Awesome Oscillator is moving downwards slowly, as seen by the transition from green bars to red bars. 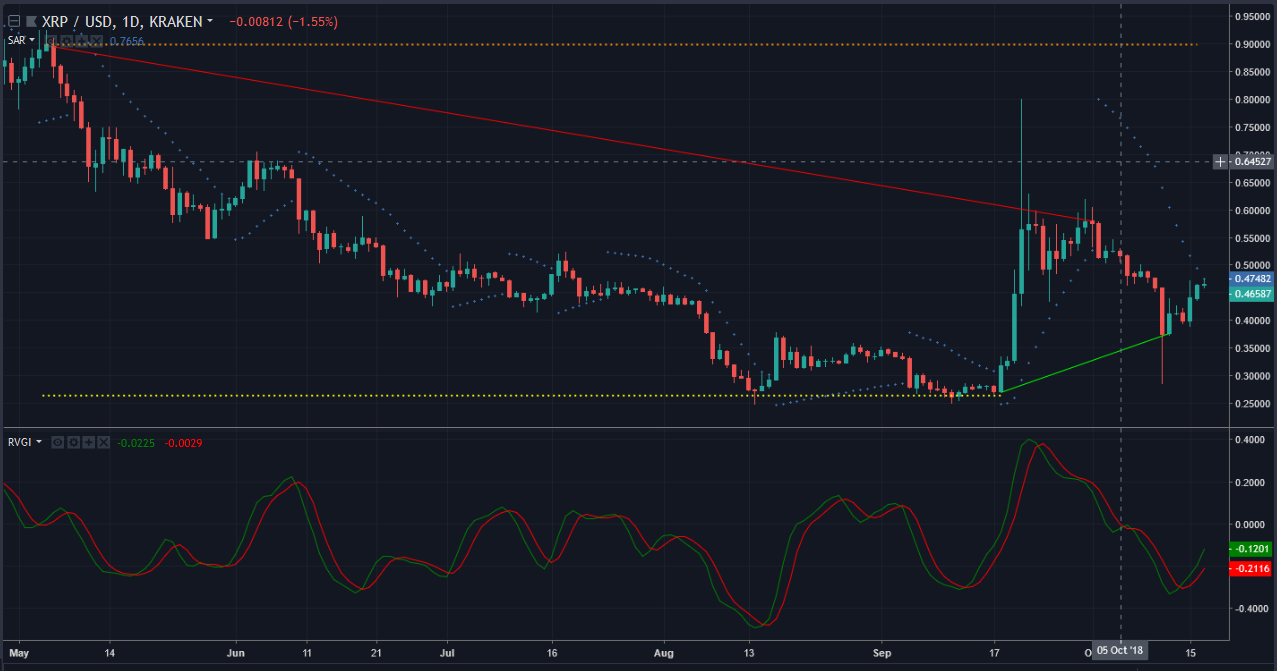 The RVGI is demonstrating a bullish crossover recently, with a healthy growth upwards.

The Parabolic SAR is bearish and is set to turn bullish judging from the position of the dots near the candlesticks.

The continued momentum exhibited by XRP might the rally to solidify into a strengthened price movement. However, Bitcoin seems to be running out of steam, as most of the indicators are demonstrating a sell signal.