Bitcoin [BTC] led the market down the bear’s path as the cryptocurrency market erased over $13 million of value. XRP was one of the bear’s greatest victims, suffering a 14% loss at the bottom. However, a future hike might move the price according to the charts. 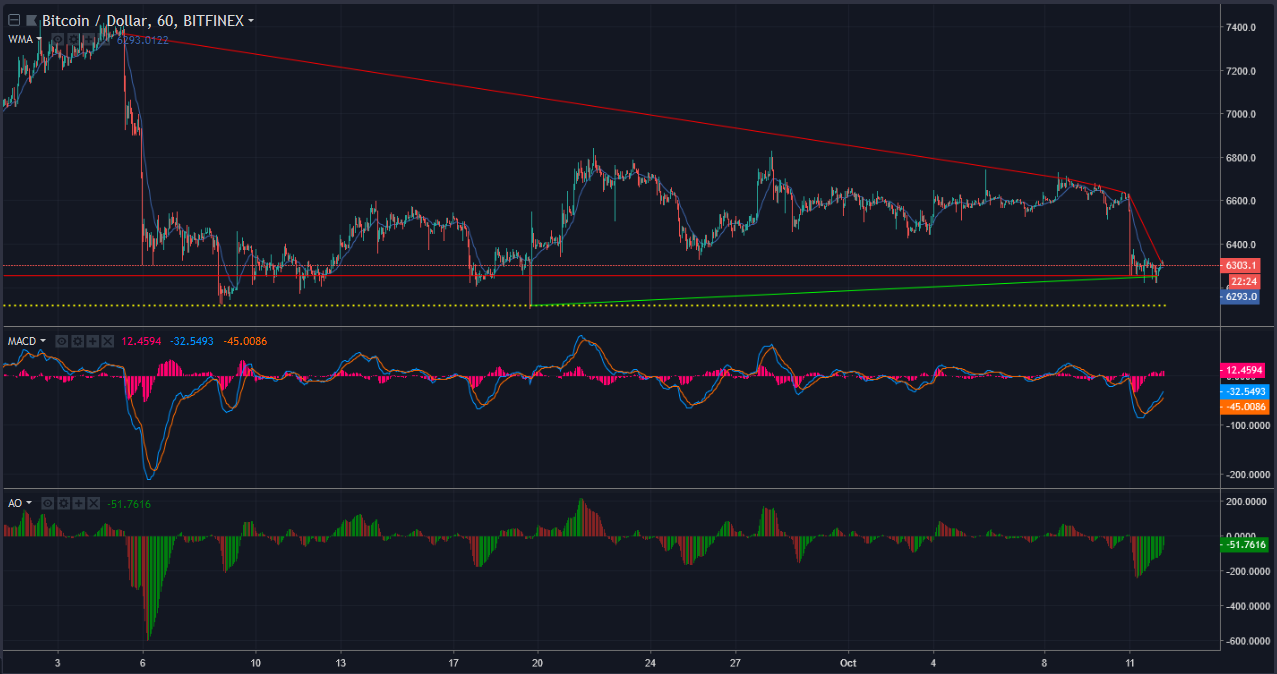 The MACD is flashing a bullish sign, as it is moving upwards on the graph after a bullish crossover.

The Awesome Oscillator is also bullish in the light of the price bouncing off the resistance and moving upwards. 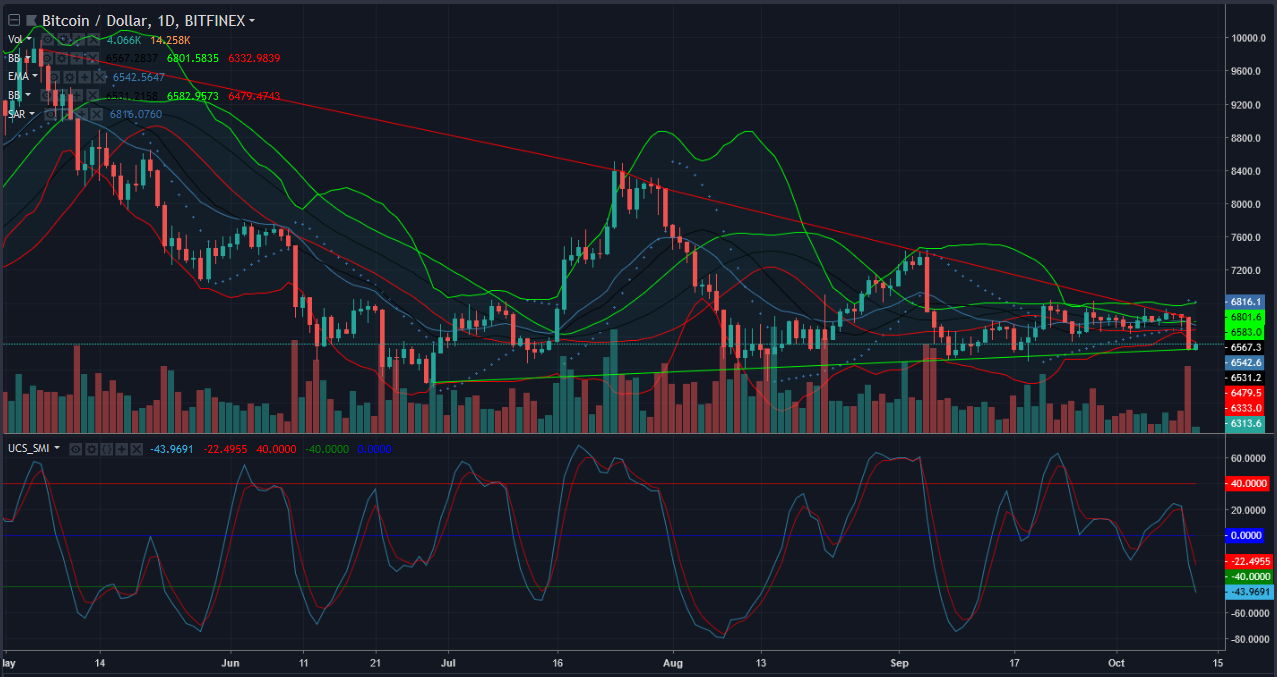 The price is moving below the double Bollinger Band indicator, showing the strength that the downtrend has. However, it is showing signs of recovering from the massacre yesterday.

The Stochastic Momentum Indicator is moving downwards towards the oversold zone, representing a buying opportunity for a bullish rally. 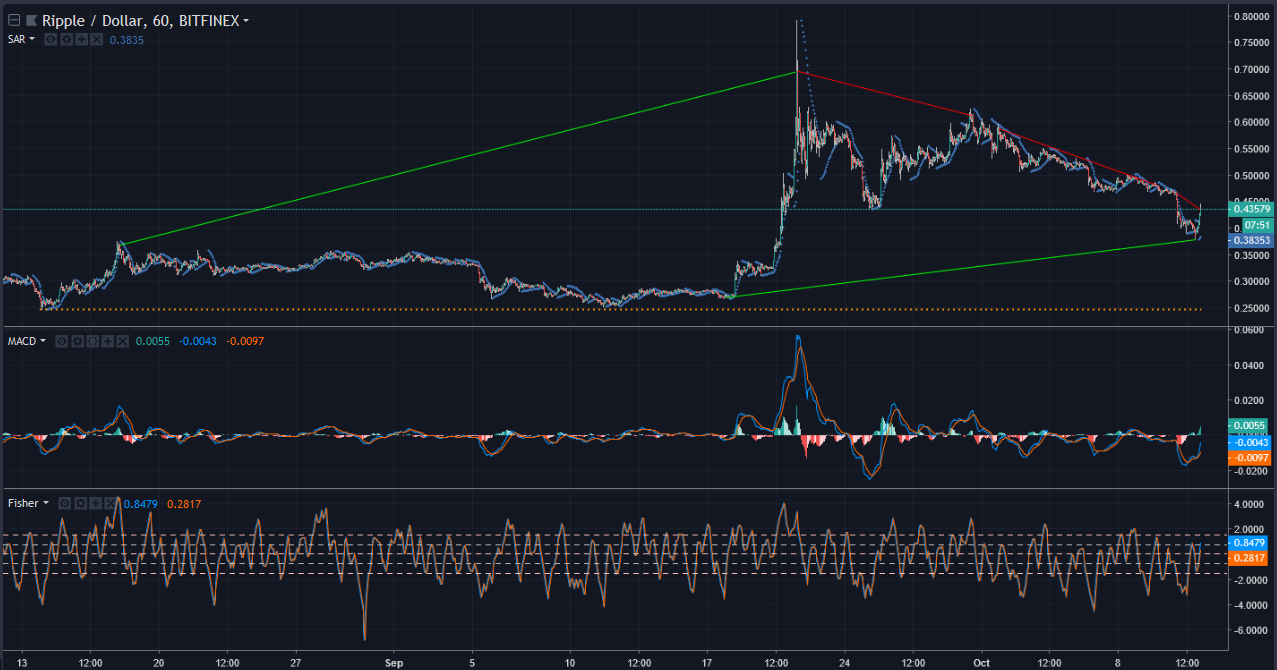 XRP is relying on the sharp uptrend from mid-August from the $0.367 – $0.695 to prevent loss. Last month’s rally also helps to pad the impact of the bear’s attack on the coin.

The MACD turned bullish with a crossover combined with a sharp upwards movement. This indicates a recovery after the drop yesterday.

The Fisher Transform indicator is in a neutral zone, as it has not moved above or below the limits that are described on the indicator.

The Parabolic SAR indicator is also bullish, with the price looking to break upwards. 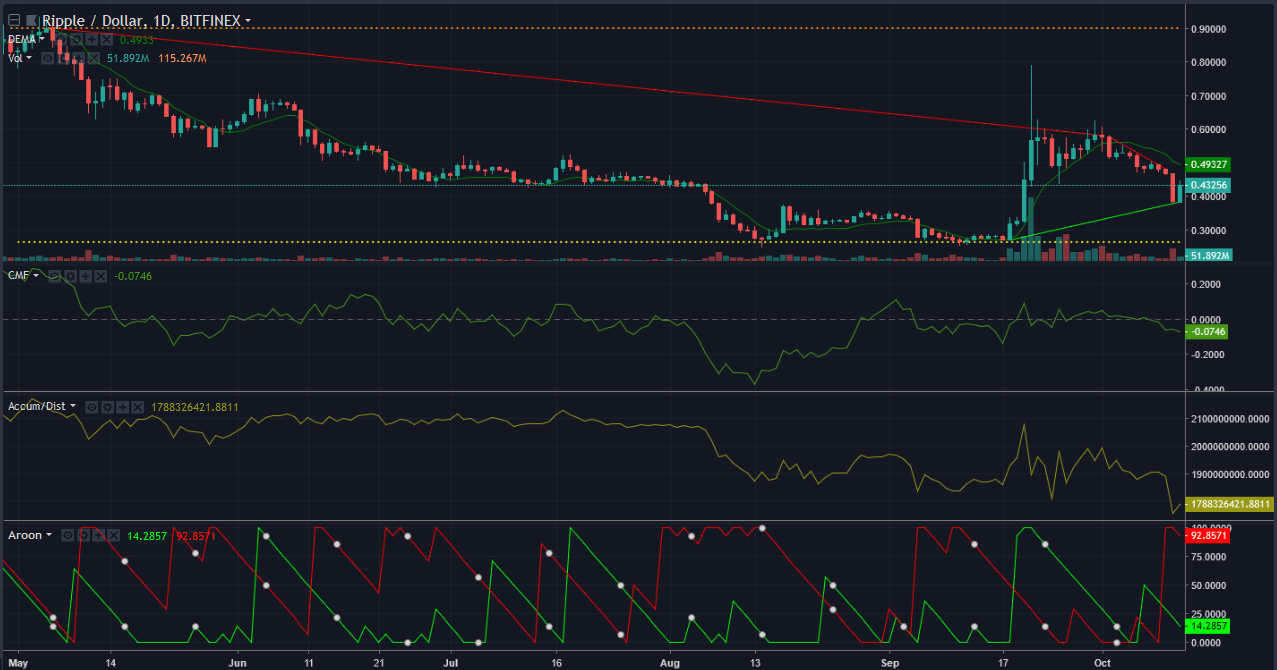 The upper long-term resistance for the price is at the $0.90, with a strong downtrend coming off the resistance down to $0.581, This is then continued down to $0.461.

The CMF indicator is in the negative, with a slight upwards trend indicating the recent hike. Similarly, the ADL indicator is moving upwards sharply, after a drop yesterday.

The Aroon indicator is crossing over, indicating a reversal in the dominant trend, which is the downtrend in this case.

The price of Bitcoin and XRP seems to be heading for a recovery after holding crucial support lines yesterday. One can expect a short recovery to price levels before the drop, as it was one of the most stable places for the prices to be.

The post Bitcoin [BTC/USD] and XRP/USD Technical Analysis: A short-lived rescue from the bear could see return to previous levels appeared first on AMBCrypto.