In the light of the recent bearish run, Bitcoin [BTC] and Bitcoin Cash [BCH] are struggling to regain momentum. They continue to express the sideways sluggish movement that they have experienced since the beginning of October. 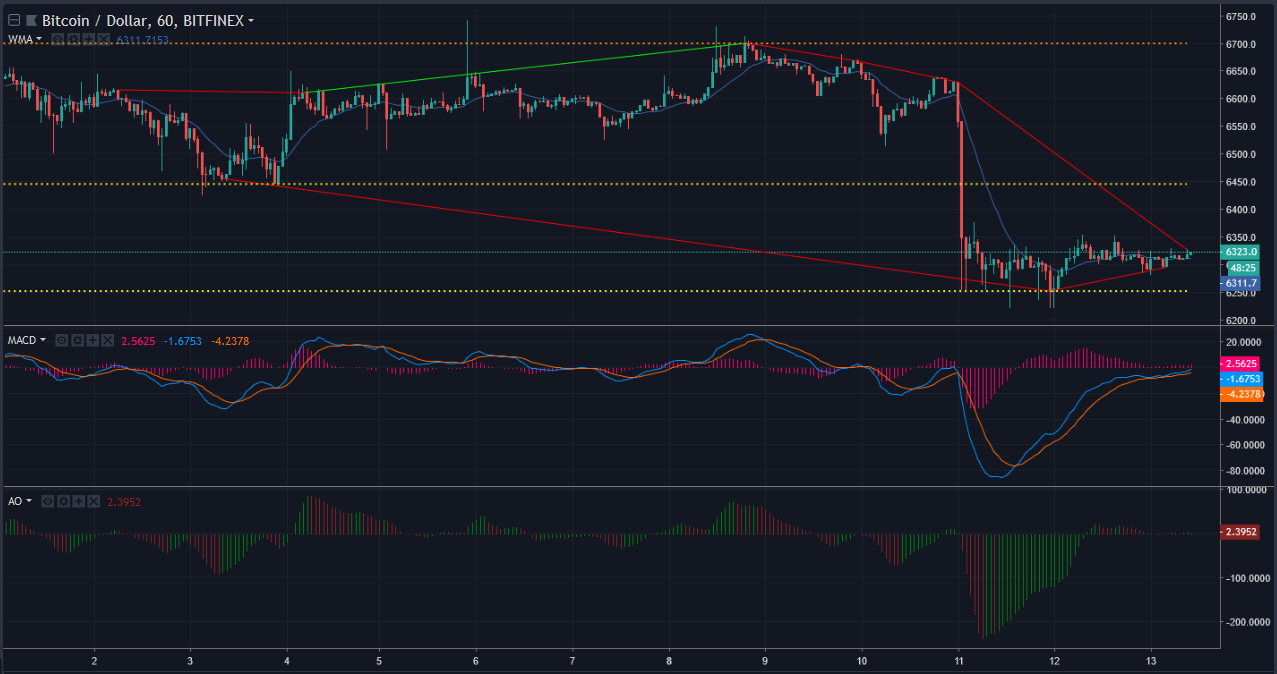 A slight uptrend presented itself from the $6610 – $6700 mark for 4 days at the beginning of the month, quickly translating into downwards movement to the $6630 mark, later finding a bottom at $6316.

There is also a prevalent downtrend in power since the 3rd, pushing the price down to the $6250 mark from $6440.

The MACD is moving upwards with a slight bullish crossover, representing positive momentum to come in the short term.

The Awesome Oscillator is exhibiting a slight positive movement, with green lines extending from the center. 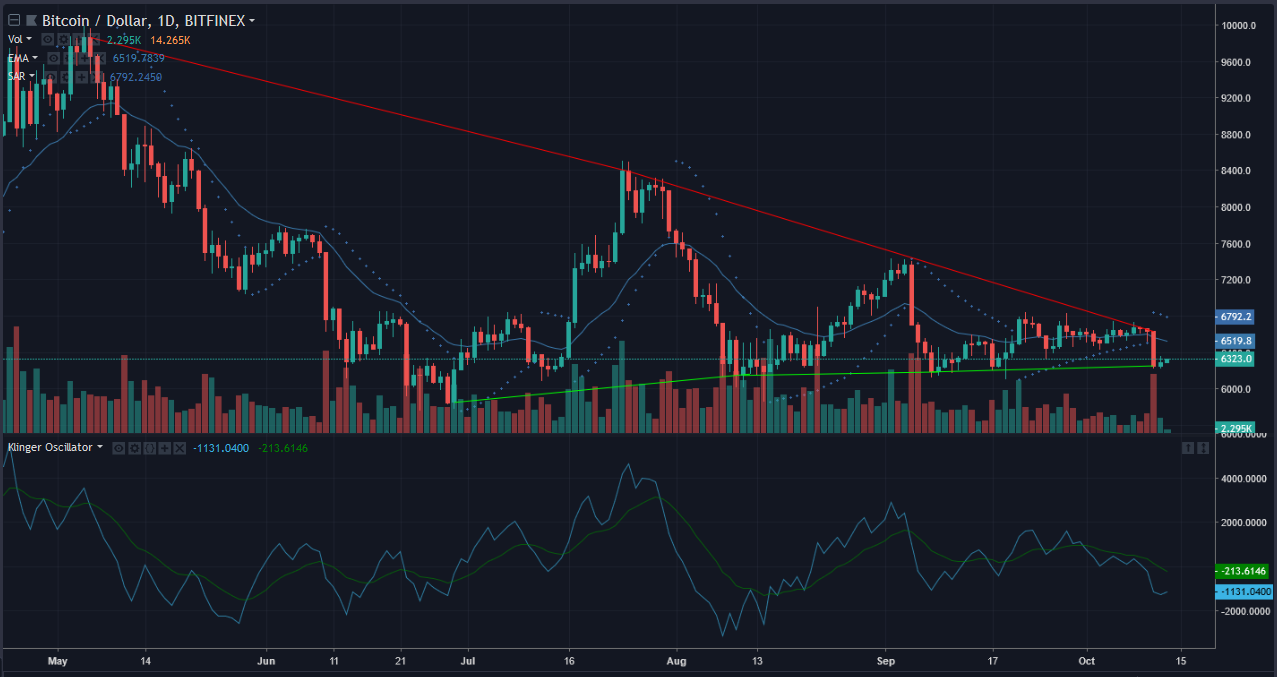 The Parabolic SAR is demonstrating a bearish sign. The Klinger Volume Oscillator is neutral, with the oscillator beginning an upward trend and the signal line moving downwards. 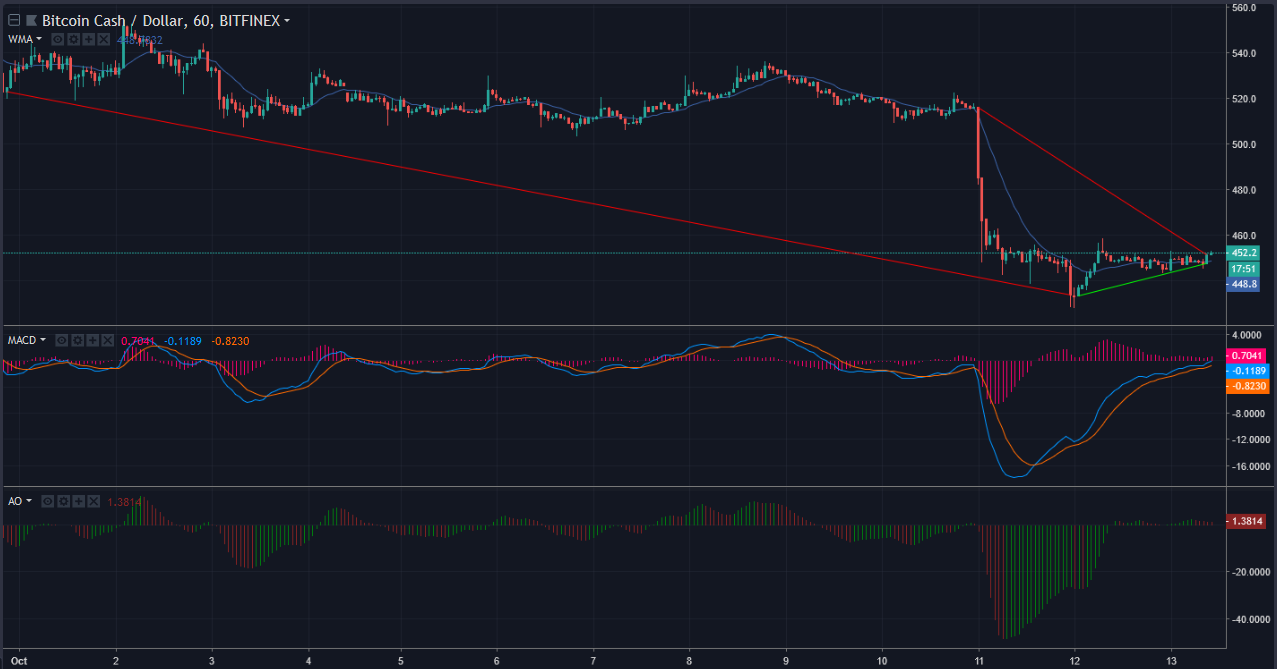 The MACD is set to converge, with very little distance between the lines. The Awesome Oscillator is flashing a bearish signal, as indicated by the red lines. 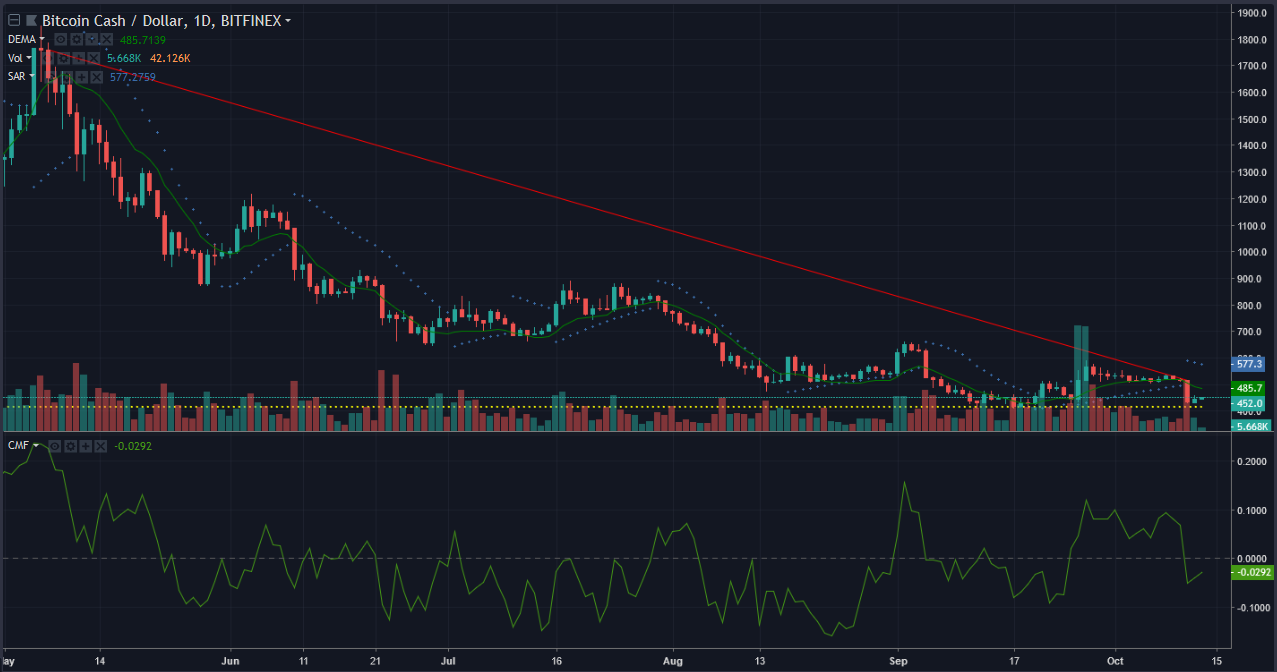 A descending triangle is being formed over the long term, indicative of a breakout soon to occur. The long-term downtrend from $1759 – $516  is providing the ceiling for the triangle, with the base formed by the $417 support level.

The Parabolic SAR is flashing a bearish sign, with the CMF also reflecting a negative turnout. The 20-period DEMA is at $485, providing a resistance for the coin after the drop yesterday.

The bear’s attack seems to have consequences extending into the short to medium term, with the coins unable to find their feet after the drop. While small corrections can be seen, price movement may be achieved with a strong upswing in investor sentiment.