Recently, New York Exchange’s parent company, Intercontinental Exchange [ICE], announced that they will be launching a cryptocurrency trading platform, which will focus on providing services for Bitcoin [BTC] and other cryptocurrencies. The launch is scheduled for November 2017. The news stirred up the entire cryptocurrency community as it would become the gateway for institutional investors to step into the market.

Moreover, 22nd October’s announcement by ICE has particularly drawn a majority of the crypto community’s attention. ICE announced that they would be launching Bitcoin daily futures contract which can be traded from December 12, 2018.

The notice read that it would physically deliver Bitcoin futures contract, which would be stored in ICE’s Digital Asset warehouse and cleared by ICE Clear US. More details on the Bitcoin Futures contract are expected to be released ahead of the launch. 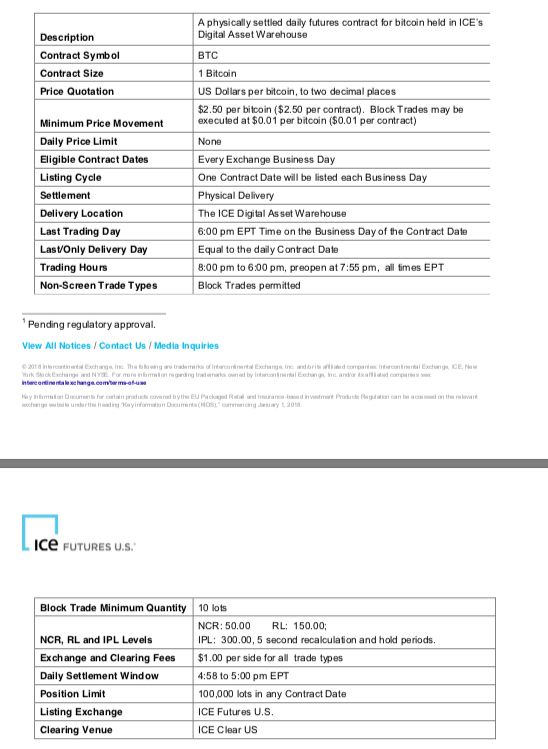 The announcement seems to have had a positive impact on Mike Novogratz, the CEO of Galaxy Digital, as he agreed to a Twitterati’s post about how the move could change US States and Exchanges Commission [SEC]’s standpoint on Bitcoin ETF. This was because they rejected nine Bitcoin ETFs, stating inadequate liquidity in the futures market.

Joseph Young, an analyst, and investor said on Twitter:

“Bakkt will officially begin clearing Bitcoin futures on Dec 12, 2018. Previously, the US SEC rejected 9 Bitcoin ETFs that based their price on the futures market because the BTC futures market was not sufficiently liquid. The entrance of Bakkt could change the viewpoint of SEC”

However, there were a few who disagreed with Mike Novogratz. CourbetCryptau, a Twitterati said:

“The SEC wants to see “significant markets” – so you can’t make the claim that “it will” before the market has even opened. Moreso, what does “significant” mean. Spot $BTC is little under $4b and current futures is like $300m? I really don’t think @Bakkt will change this.”

“will NOT! Agree to disagree, but took SEC a long time for copper and gold, you know this, $BTC no different. Custodial issues (Yes, Baakt solves some) but WALLETS!!!! wallet issues are ALL OVER THE PLACE! Easy to make mistakes and trap or lose coin, insecure, never mind scams!”