Bitcoin [BTC], the ruler of the market with a dominance of 53% over the rest of the cryptocurrencies, continues to shine like a diamond. The coin has had several positive news surrounding it over the past couple of the days.

The release of the memorandum regarding the Cboe VanEck, SolidX ETF by the US Securities and Exchanges Commission [SEC] and the announcement by the ICE regarding the launch of Bitcoin Futures contract in December has revived the hope of an approved ETF in the market.

The memorandum revealed that during the meeting, the representatives from VanEck, Cboe and SolidX clarified all the pointers which were mentioned during the rejection of the proposed rule change. The memorandum further claimed that all the identified issues were resolved. 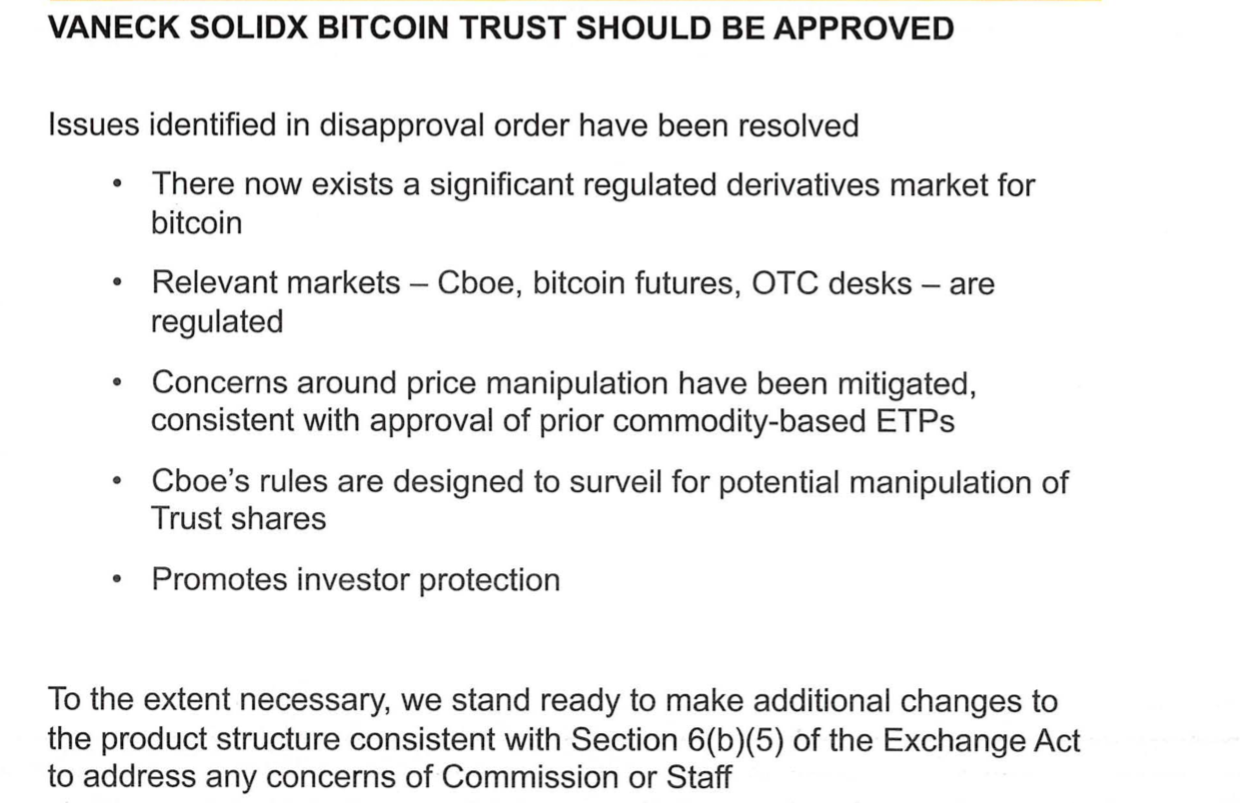 The three of them claimed that Cboe’s rules are consistent to Section 6[b][5], which underlined that the rules of exchanges should prevent fraudulent and manipulative acts and practices. This was mentioned by the SEC for the rejection of the ETF. 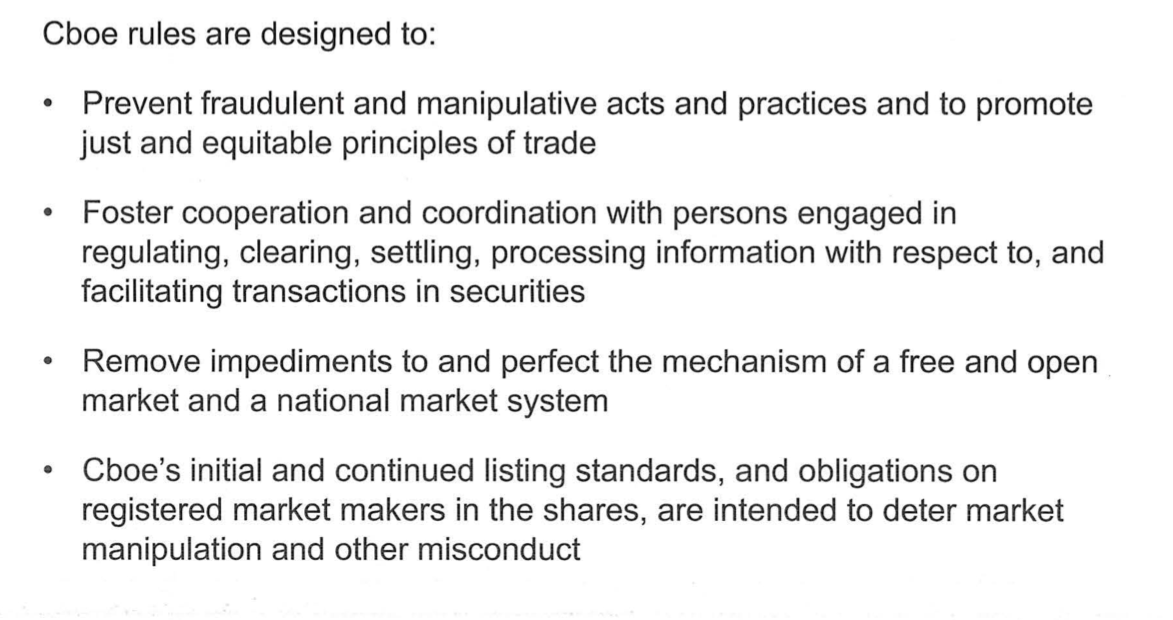 The next point which was clarified was related to the safety of the investors, where they mentioned that the Trust $125 million of insurance capacity “from a syndicate of A-rated underwriters.” They further added that efforts are in place to increase the amount of insurance. 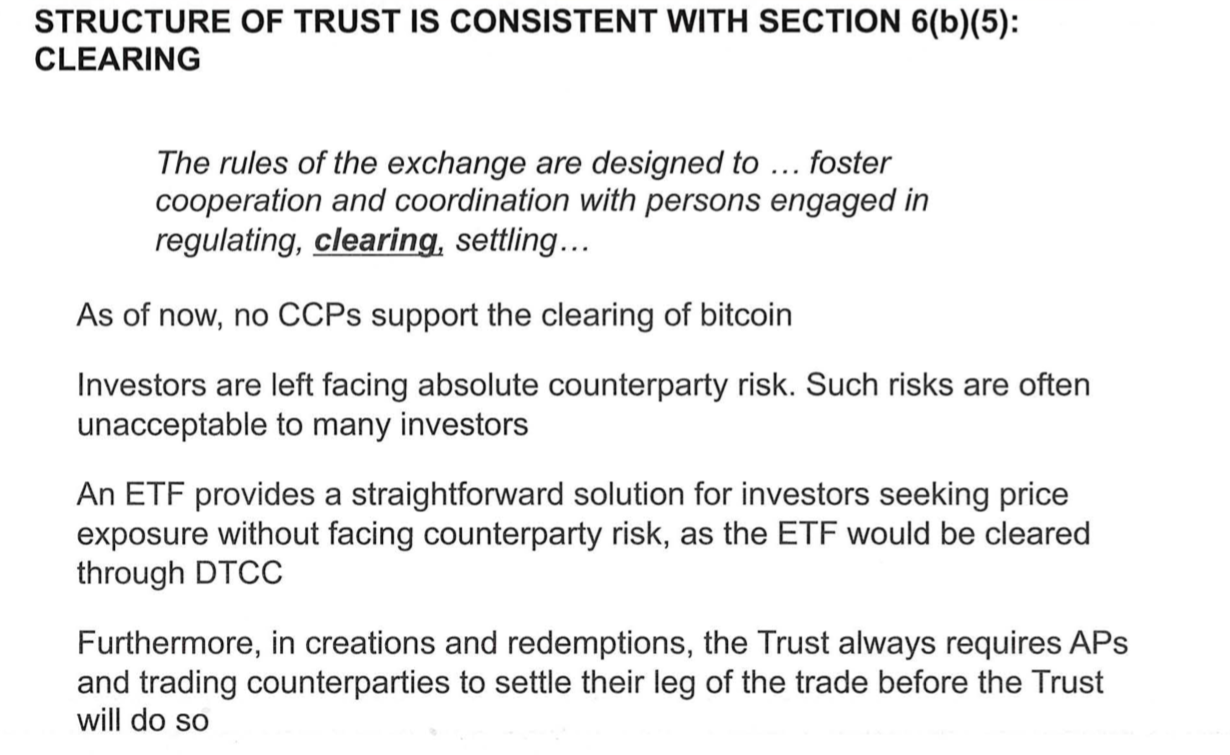 Structure of Trust is consistent with Section 6[b][5]: clearing | Source: SEC

The Trust also spoke about the pre-requisite which was mentioned during the rejection of the ETF in March 2017. The rule stated:

“The commission notes that Bitcoin is still in the relatively early stages of its development and that, over time, regulated bitcoin-related markets of significant size may develop. Should such markets develop, the Commission could consider whether a bitcoin ETP would be based on the facts and circumstances then presented, be consistent with the requirements of the Exchange Act.”

To this, they stated that there was a clutter in terms of SEC’s definition of “significant size” of Bitcoin-related markets.

Earlier this week, New York Exchange’s parent company, Intercontinental Exchange announced that they would launch Bitcoin Futures contract on their cryptocurrency exchange platform, Bakkt. This announcement sparked wild celebrations in the Bitcoin community, with the majority claiming that this would change SEC’s stance on Bitcoin ETF, including Mike Novogratz. The Bitcoin Futures contract is set to enter the market in December, however, it is yet to get the green signal from the SEC.

“I can confirm after SEC discussions, the below statement is true post the meeting held with new SEC commissioner Elad Roisman.This means,a Bakkt,physical settled futures that requires actual purchase of BTC & ETF which also requires purchase in the next 6 months, you do the math.”

“I’ll believe the Bitcoin ETF when I see it… until then, it’s a bunch of news outlets guessing in the dark trying to be the first ones to break a story”

“Don’t forget that 9 #Bitcoin ETFs are scheduled to be decided on by the SEC before THIS Friday – and that the SolidX/VanEck ETF will likely be decided on by year-end. Potentially game changing crypto news, as NO ONE expects anything positive!”

The post Bitcoin [BTC] fights the bear market on the back of ETF bull appeared first on AMBCrypto.