Recently, Binance Coin [BNB], the native coin of Binance Exchange, surpassed NEO and Ethereum Classic [ETC] to stand as the 14th largest cryptocurrency, according to CoinMarketCap.

Binance Exchange also took to Twitter to announce the increment. The announcement read:

“$BNB is now the 14th largest #cryptocurrency by market cap! We owe much of this success to our #Binance community and angels, and we are humbled by your support.”

The rise in the position comes after several announcements revolving around the native cryptocurrency, created by the founder of Binance, Changpeng Zhao [CZ].

Recently, Zhao took to Twitter to announce that BNB will be used as gas on their soon to launch decentralized exchange [DEX].

“Just had a productive meeting for #Binance#DEX (decentralized exchange), where $BNB will be native gas, and the exchange don’t control user funds. Aiming for a public beta end of the year/early next year. Yes, we work on Saturdays, non stop!”

Soon after the cryptocurrency rose to stand at the 14th position, Binance also announced their partnership with TravelByBit, a company focused on providing cryptocurrency payment options for travelers. The two companies plan on creating a blockchain powered Point-of-Sale [POS] payment system across all major airports around the world. TravelByBit will support Binance Coin as an option for payment.

According to CoinMarketCap, at press time, BNB is trading at $10.50 with a market cap of 1.2 million. It has seen a hike of 2.17% in the past day. While all the major coins have a splash of red on the 7-day percentage mark, BNB is displaying a hike of 4.36%. 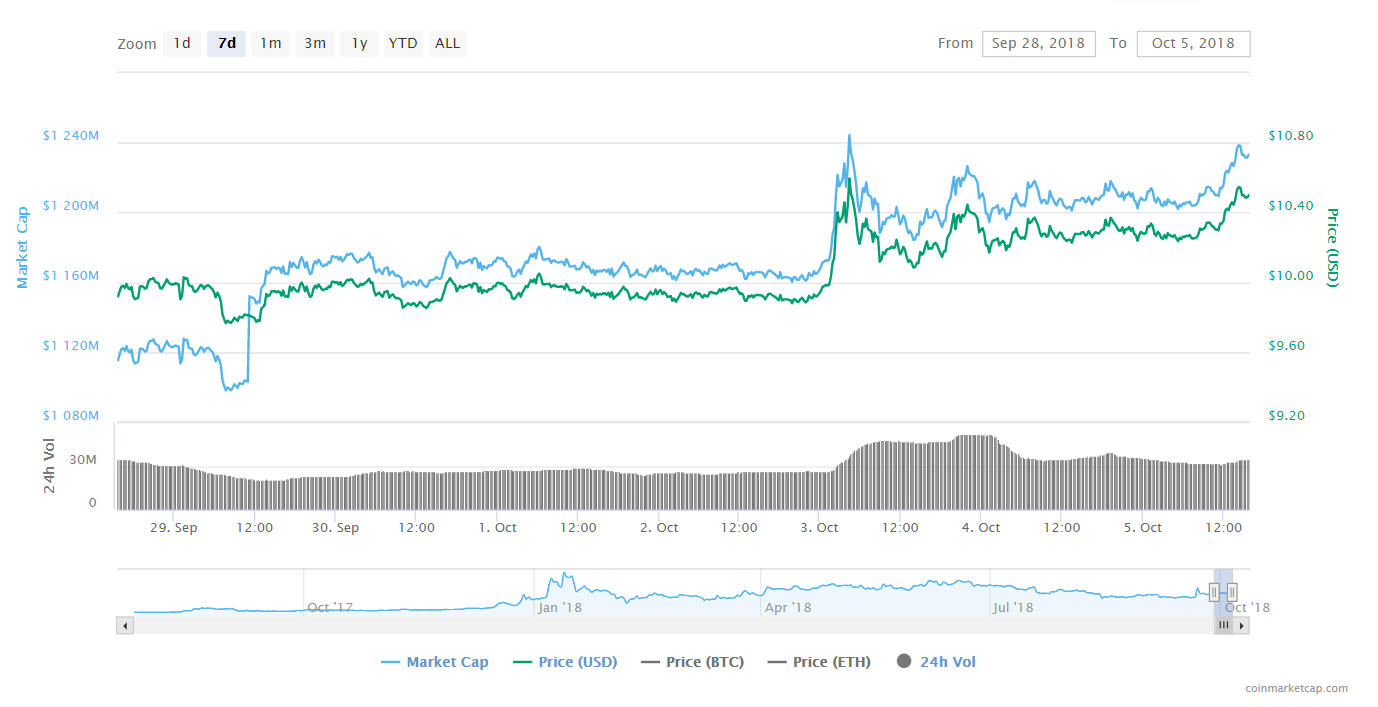 “Could be number 1 with xrp base pairing.”