While most of the popular cryptocurrencies drowned in the bearish waters, one managed to stay afloat. Basic Attention Token [BAT] has now emerged to be one of the biggest gainers in the bear market, posting a growth of 15.69% in the last 24 hours alone.

The token’s meteoric rise over the last 24 hours started with the price at $0.23. The series of hikes undertaken by coin has now left its trading price close to the $0.27 mark. 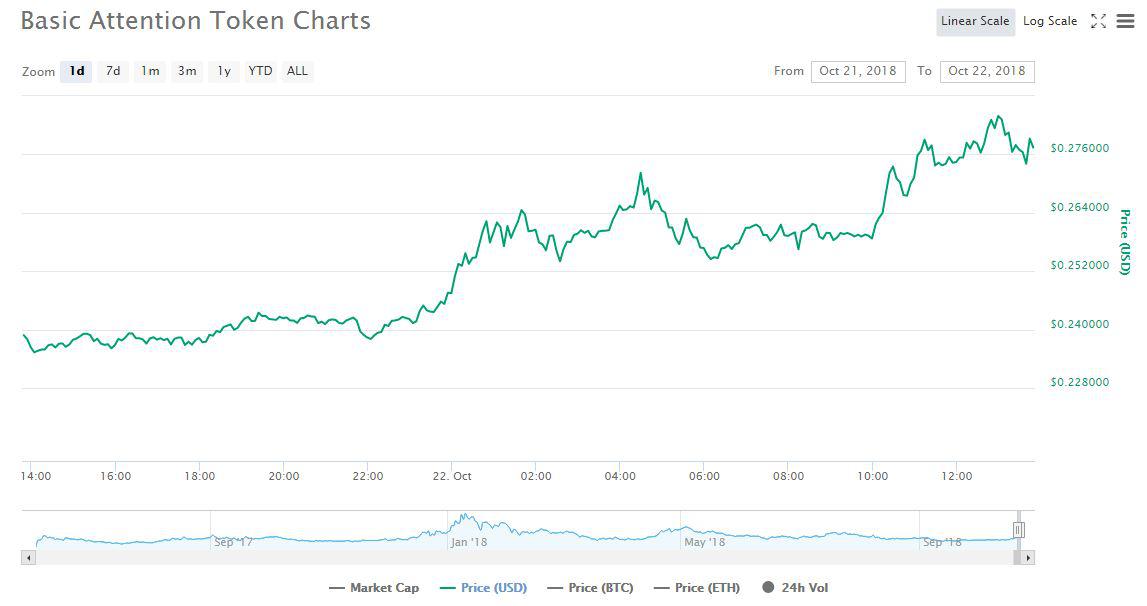 The token saw a hike on 19th October post the announcement of the new Brave desktop browser, which included features set to increase the utility value of the token. 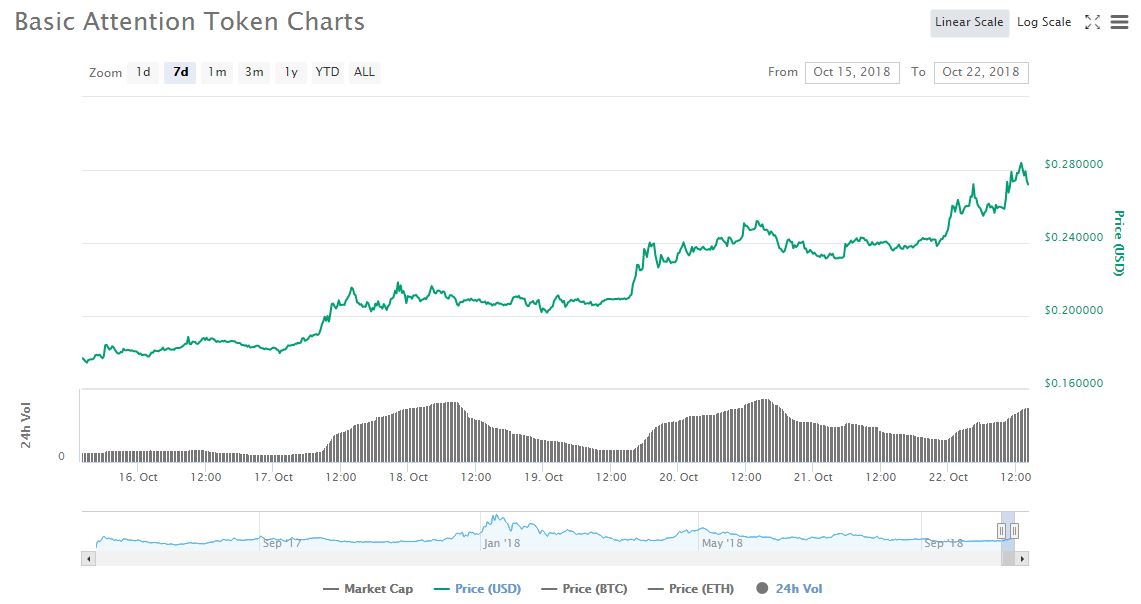 The comes after the news of BAT being chosen as one of the coins to be reviewed for listing on Coinbase, which may have fueled the upward momentum over the week. Another coin that saw the effect of the bull over the week due to Coinbase was 0x, which saw a growth of 21% over the same time frame.

The post Basic Attention Token [BAT] beats the bear with 57.5% hike on the back of investor hype appeared first on AMBCrypto.