While receiving considerably less public attention than the disaster in Venezuela, Argentina is currently undergoing its own economic crisis. Argentina’s national currency, the peso, has been in serious decline since April. The economic uncertainty is causing many Argentinians to invest their remaining wealth in Bitcoin for protection.

Meanwhile, the Central Bank of the Argentine Republic, the country’s national bank, has begun to relax cryptocurrency regulation. Beginning in May, the BCRA approved a proposal to allow 4,000 new crypto-ATMs (with projections of an additional 26,000 still to come) to be installed throughout the country, in places like supermarkets, shopping centers and cinemas. New regulations have also allowed for independent crypto companies to enter the market. All of this, combined with the rapidly increasing number of merchants accepting Bitcoin payments, has led to an astonishing boom in BTC trading volume. 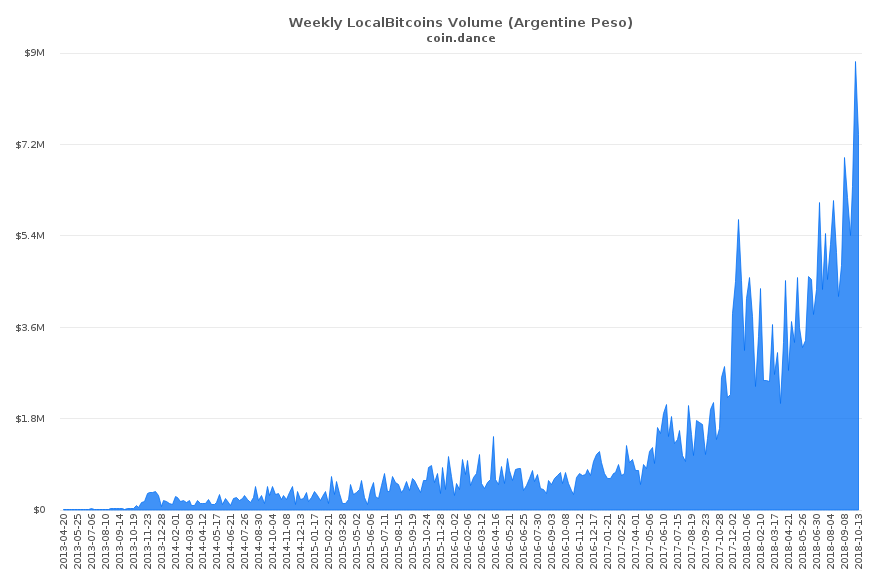 Argentina, however, continues to struggle in the face of a potential economic collapse. The International Monetary Fund (IMF) recently agreed upon a deal with the Argentine government to offer additional financial support.

Venezuela’s Bitcoin trading volume continues to grow at an exponential rate. Tragically, the Venezuelan population’s embrace of crypto comes out of necessity in the wake of the historic crash of the Venezuelan bolivar. The country’s corrupt federal government has made its own attempt at launching a national cryptocurrency, the petro. However, reports on the ground suggest there’s little to no support for the centrally controlled token. 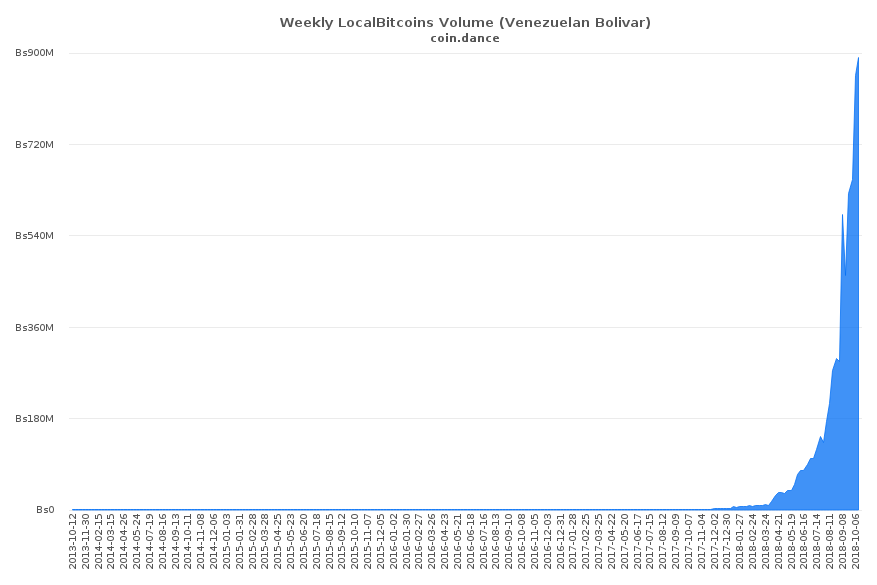 Interestingly, Bitcoin isn’t even close to being the most popular crypto in Venezuela. A July report revealed that 13th-ranked cryptocurrency Dash had become so popular in Venezuela that its total adoption there outnumbered that of all other cryptocurrencies combined.

Bitcoin’s trading volume is growing across all of South and Central America; places like Chile, Colombia and Mexico all show above average numbers for 2018.

Turning our attention to the rest of the world, beneficial financial reforms by the Egyptian government appear to be freeing up investor funds for cryptocurrency. Coin Dance’s data show that Egyptians have now traded more than one million Egyptian Pounds worth of Bitcoin. Thankfully, Egypt is not facing any threats of economic downturns.

Finally, Europe like the rest of the western world, is continuing to experience significant declines in crypto trading volumes since the market boom of late 2017. Coin Dance data reveal Croatia and Switzerland have reached yearly trading volume lows in October.