The markets opened today, October 17, to a mixed bag of bullish and bearish rises. Popular cryptocurrencies like Bitcoin [BTC], Ethereum [ETH] and XRP were trying hard to escape the clutches of the bear but surprisingly, it seems to be the day of the underdogs.

Cryptocurrencies like 0x [ZRX] and Basic Attention Token [BAT] have been seeing double-digit shoot ups due to development news and listings on popular exchanges.

Binance held a staggering majority of the total ZRX trade volume, 44.51% to be exact. Binance’s volume hold of $61.504 million was followed by Coinbase Pro, which had a grasp on $21.640 million of the entire trade volume. 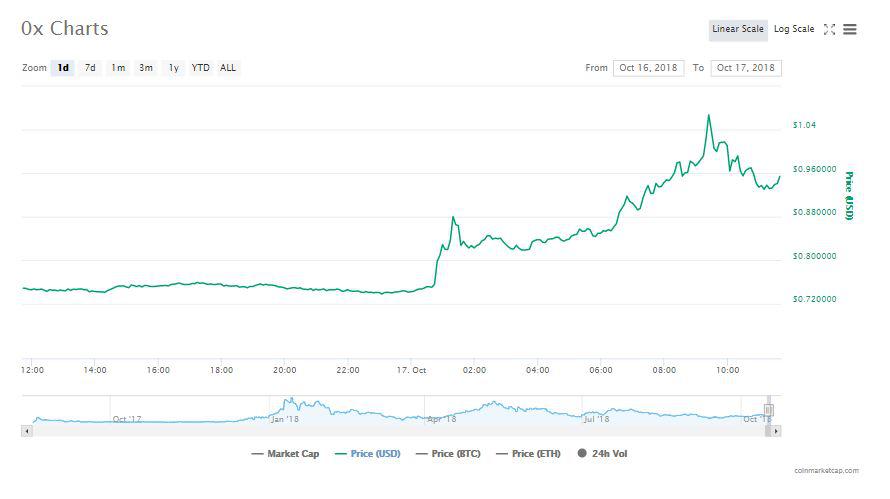 “Coinbase customers can now buy, sell, send, receive, or store ZRX, along with Bitcoin, Bitcoin Cash, Ethereum, Ethereum Classic and Litecoin. ZRX will be available for customers in most jurisdictions, but will not initially be available for residents of the United Kingdom or the state of New York.”

The other cryptocurrency enjoying the rodeo was Basic Attention Token [BAT], joining the double digit growth club. At press time, BAT was surging by 11.12%, with a total market of $206.668 million. The cryptocurrency was trading for $0.207 with a 24-hour market volume of $12.823 million. 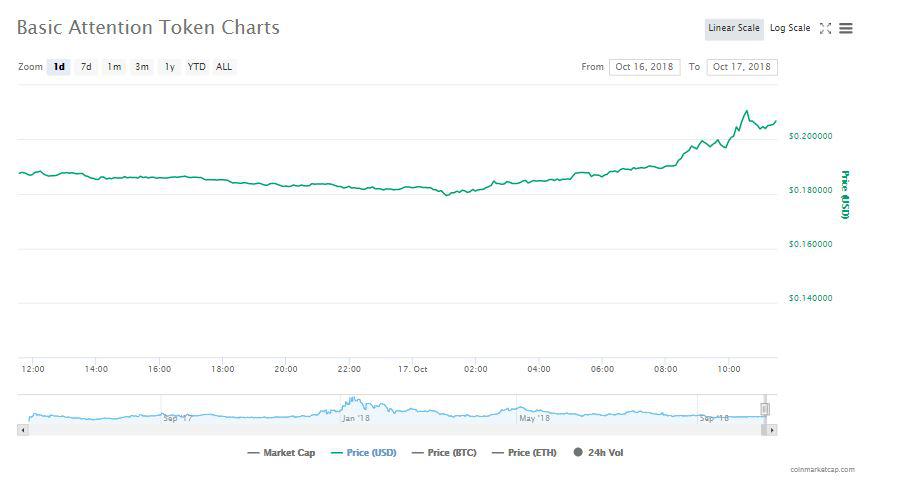 Binance was again in the picture when it came to majority trade volume hold, with almost $5.904 million of all BAT trade occurring on the exchange. Binace was closely followed by EtherDelta, with a grasp of $1.945 million of all Basic Attention Token trade volume.

BAT’s rise comes amid speculations that the cryptocurrency might be the next to be listed on Coinbase, following the footsteps of the recently added 0x. The speculation is backed by a report released by Coinbase that had talked about exploring the addition of cryptocurrencies like Basic Attention Token [BAT], Stellar Lumens [XLM] and Cardano [ADA].