In the latest series of hikes this month, XRP observed a growth of 11% in just under 10 minutes. This comes after the coin doubled its value earlier this month, hiking from its yearly low of $0.25 to almost $0.80 before correcting to around the $0.50 mark.

In its most recent hike, it broke one of the crucial levels that it has been struggling to break since the beginning of the month. This is the $0.57 mark, where the coin has bounced back multiple times. 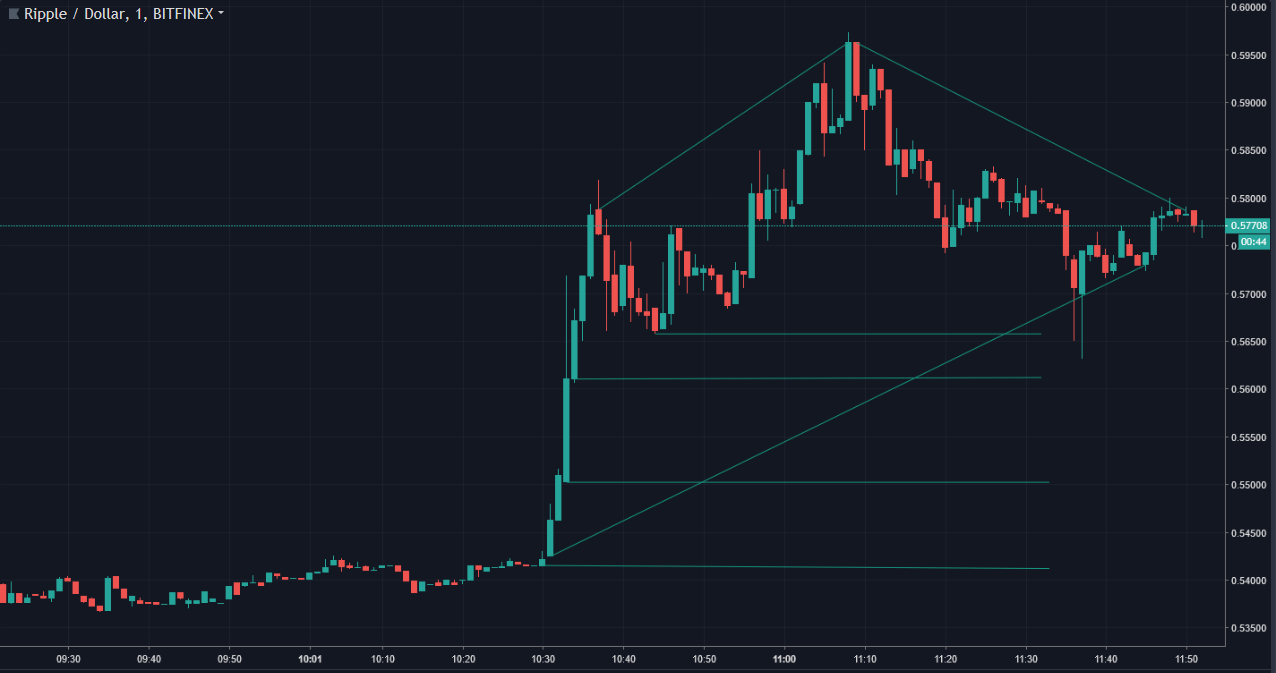 The crypto-space has been filled with bullish news for XRP lately, seeing as how xRapid was confirmed to be close to launch. Ripple is also adding more customers to their network of banks and financial institutions, thus allowing for XRP to be used for cross-border transactions through their product.

The post XRP hikes again: 11% growth on the back of Ripple’s announcements appeared first on AMBCrypto.