The weekday opened to a shock for a lot of investors as a most of the cryptocurrencies in the market saw red after a week of bullish spikes. Surprisingly the biggest loser was XRP, which saw a staggering triple-digit rise of close to 120% in the last week. The other major cryptocurrency in the bear’s shadow was Cardano [ADA]. 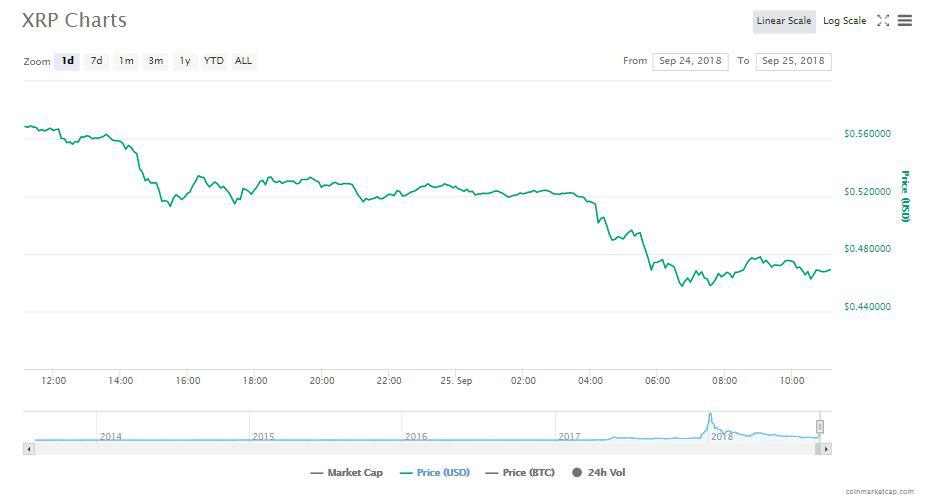 The bearish run was in stark contrast to last week’s astronomical shoot up which saw the cryptocurrency rise to a 3 month high of $0.645. XRP’s bullish run was significant as the cryptocurrency overtook Ethereum [ETH] in terms of market cap for a couple of hours, according to CoinMarketCap. The spike also saw a lot of investors jumping onboard the XRP bandwagon and many fans of the coin expressing their joy. VanceK, a Reddit user stated:

“XRP to the moon! I love watching it go up like this.”

Some market analysts attribute XRP’s sudden drop to Jed McCaleb selling of his XRP holdings. McCaleb, who had left Ripple for rival company Stellar, is the single largest holder of XRP in the ecosystem.

“Jed McCaleb is selling more XRP than he is supposed to according to the 2016 agreement he has with Ripple Inc. He can absolutely *decimate* the price if he chooses, and he has the motivation in the form of Stellar to do so.”

Cardano, at press time, witnessed a drop of 9.96% and was trading at $0.079. The cryptocurrency was holding a market cap of $2.07 billion with a 24-hour market volume of $97.81 million. Binance held the majority trade volume of Cardano, amassing 30.16% of the total. Just four days back, Cardano had seen a significant climb of 19.15%, which made it the second biggest gainer after XRP. 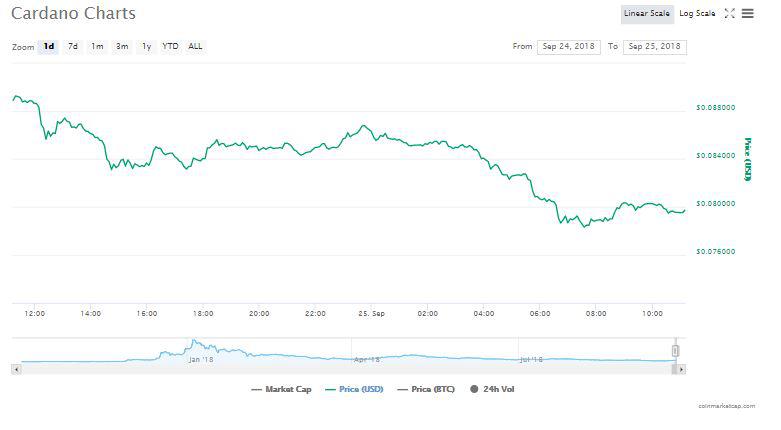 Cardano enthusiasts made their disappointment evident on social media, with Tim Cob, a Twitter user commenting:

“Holy s**t!  how is this happening man? I am still gonna hodl though.”