10 years later, Nobel laureate George Akerlof says the walls within economics need to come down. George Akerlof, a winner of the Nobel Prize in Economics, doesn’t mince words: economists failed to predict the financial crisis because the discipline is too siloed. The rules of academic journal writing make it very difficult for an economist to write on an issue outside of their subfield, hindering the cross pollination of ideas that could have led to more economists predicting the crisis. 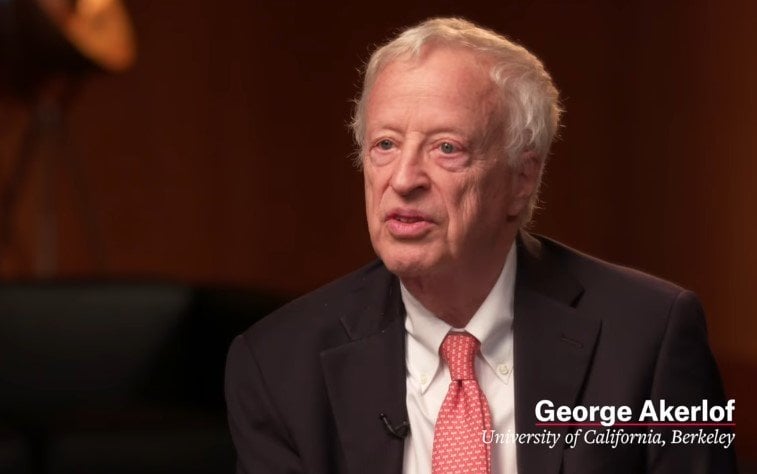 George Akerlof: Why Economists Failed To Predict The Financial Crisis

Thank you for Nash and thank you everyone for joining today. I was given the task of trying to give an overview of the investment principles for real asset investing that we follow within Brookfield. And I would just say that over the years we didn’t have any secret sauce and we had no strategy really when we started. I would say it was based on a value thesis and over the years we’ve tried to learn and develop a strategy that worked for us and maybe the number one thing that I would say to anyone that is investing is that there’s no there’s never a right strategy. It’s whatever strategy fits your self and what you want to do. So I’d start off with that. For us though we generally have always operated in a methodology where we’re trying to walk away from the cliff and we keep this slide in the office in many of the offices in the world to really indicate and remind all of our people that one should always look for opportunity a way from where the crowd is going and not go with the crowd and the real asset investing. That’s a very important lesson to learn. Fifteen or twenty years ago we wrote down the investment guidelines that we had for the company ever so slightly over the years those have changed but largely they are the same. The first one is to identify places where we have a competitive advantage and in and invest in those areas.

Second always try to invest on a value basis so go away from where the people are going and invest where other capital is not and we found that’s very important to investing in real assets. Third what we’re looking to do is to buy assets or find assets that have cash flow inherent in them or we can build the cash flows within the business.

So they may not have cash flow day one you may have an office building and you may just have a piece of land but inherently it’s in a good place where you can build it to generate cash flow and it’s similar to many things in the world. And lastly I guess we’ve always tried to adhere to the strategy that being contrarian and not being where the crowd is going is hard to do. But the most lucrative if accomplished measuring your success is always important. And there’s I guess four things that we’ve tried to do to measure success.

We always look at success on a total capital basis over the long term and really that that gets you staying away from short term objectives within a company which is often where companies make mistakes. Second we always try to encourage all of our people to take calculated risks. But compare that risk with the return that one might get out of the investment. Third we always look for the return over the longer term as opposed to the short term and will sacrifice long term return to achieve a short term return to achieve long term success. And lastly and I’ll come to this later in the presentation but we we seek profitability rather than.

The post Why Economists Failed To Predict The Financial Crisis appeared first on ValueWalk.