Bitcoin [BTC] observed a hike in the early hours of trading today, bouncing off the $6100 mark to reach a trading value in the $6400 mark. It has continued to exhibit sideways movement since then and is unable to find consolidation of any form. 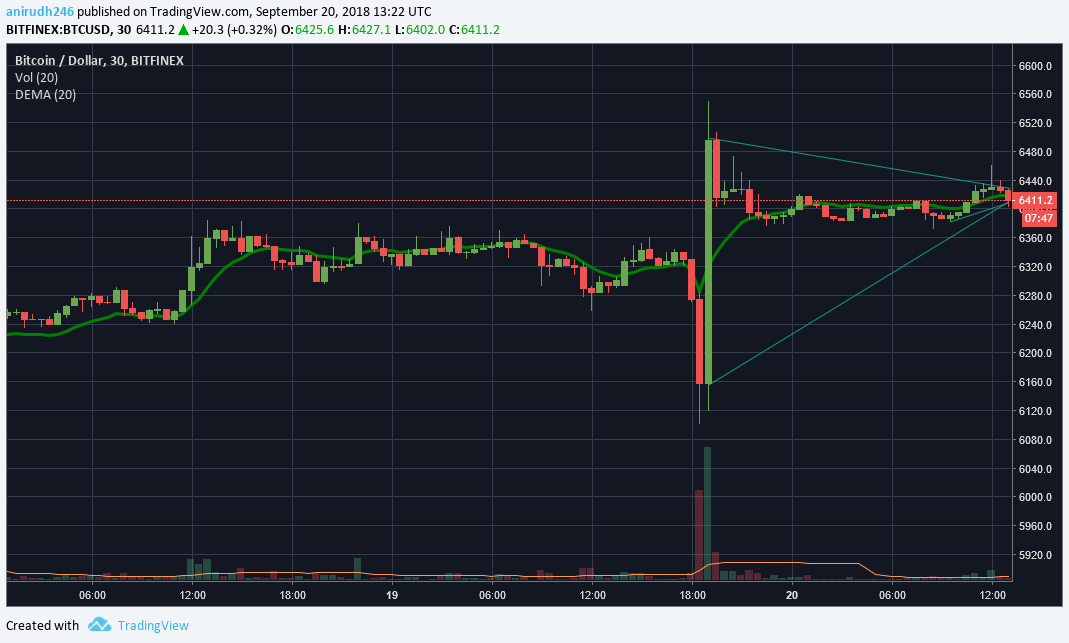 A break in the resistance offered by the Double Moving Average at $6400 will imply a break in the uptrend described by the hike from $6100 to $6400. Similarly, a downward trend line provides a resistance at $6490. 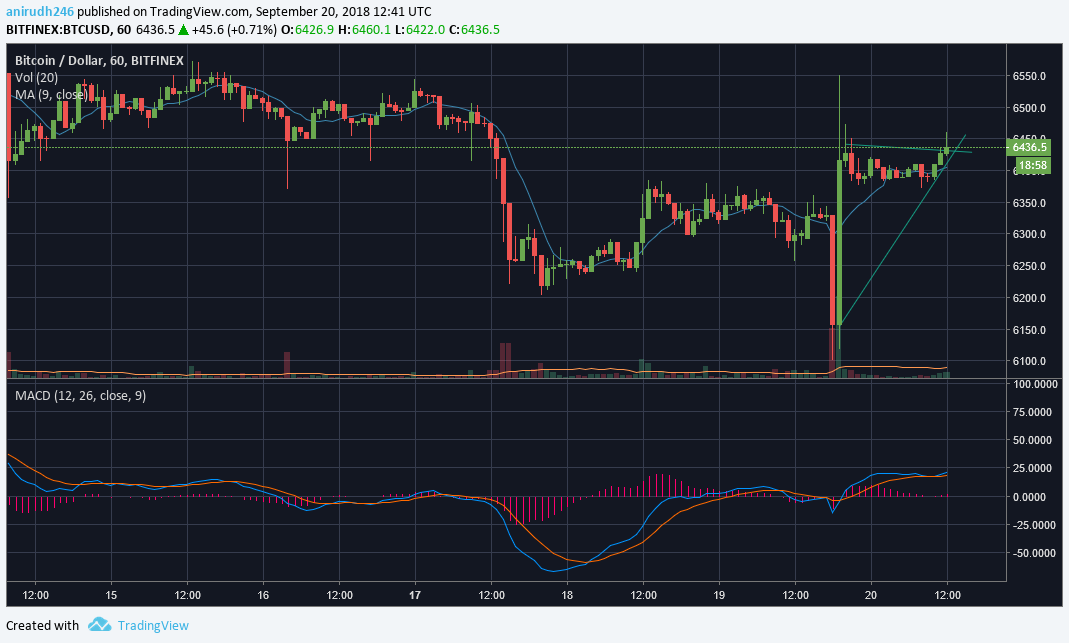 The MACD is exhibiting a buy signal, as seen by the divergence upwards. The histogram signal is at 18.3 and is flashing green.

A change in the uptrend at the bottom of the pattern may result in the price breaking the resistance formed by the DMA. 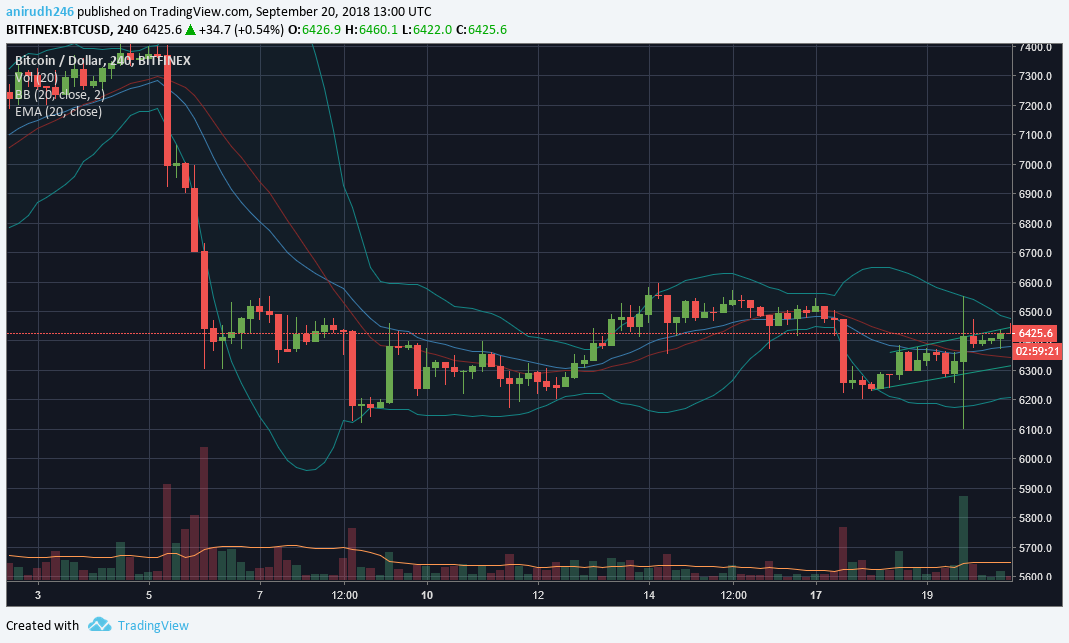 In the 4-hour graph, a channel is forming between the $6400 and $6200 mark. This indicates a breakout soon, either upwards or downwards.

The Bollinger Band seems to indicate the same, with a base of $6380 and the trading ranges between $6200 and $6470 marks. The volatility of price is high, as evidenced by the wide range between the bands. 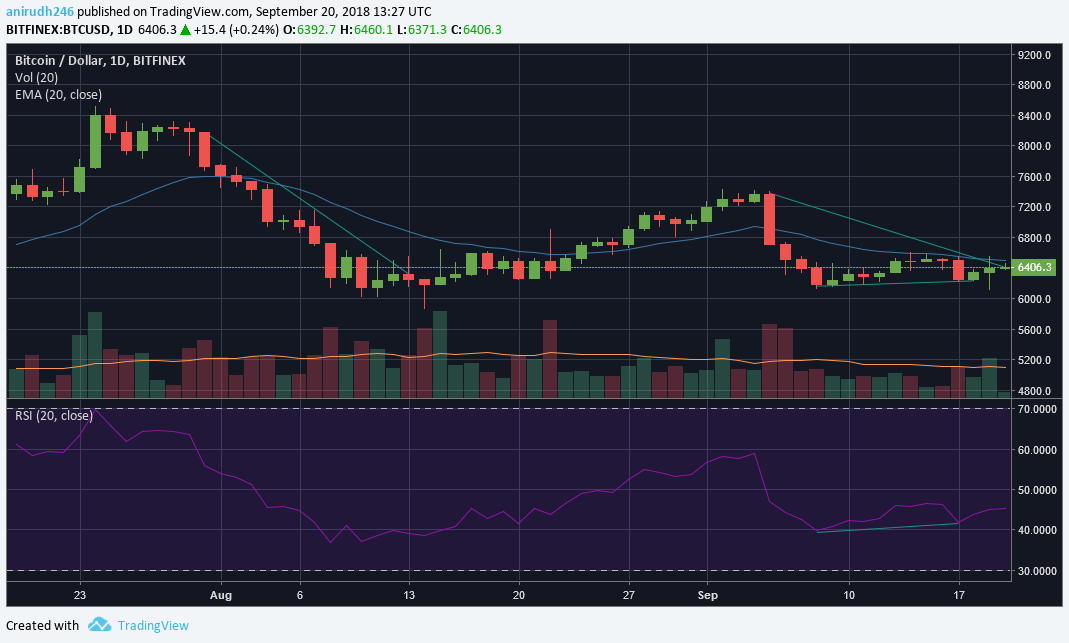 The downtrend in price is repeating from August, with the formation of the triangle between the $7300 and $6170 level.

The Relative Strength Indicator is flashing a bullish divergence signal, with higher highs being seen between the first two weeks of the month.

The 20-day Exponential Moving Average is providing a resistance at the $6500 mark. If the price breaks above $6500, a bull run is ensured.

The post Technical Analysis: Bitcoin [BTC] struggles to find clarity at $6400, poised for a breakout? appeared first on AMBCrypto.