Stellar Lumens [XLM] jumped over EOS to become the 5th biggest cryptocurrency according to market cap. Although the difference is only a 100 million, the past 24-hour pump of 26% has given the XLM investors something to brag about.

The entire market has seen a positive green week with some big jumps in XRP, Cardano and Tron. Many have speculated the XRP pump was in the anticipation and expectation of xRapid’s performance. Cardano and Tron have been buzzing and active with weekly updates from their core teams. Despite the bearish market, as many from the community say, there have been huge developments in the cryptocurrency space, much bigger and meaningful than last year.

EOS after hitting its peak at the end of April at above $20 because of the Mainnet hype succumbed to the market pressure and dropped by almost 4x its peak value to currently trade at $6. Stellar Lumens, on the other hand, like many other coins hit its peak at $1 in early January this year during the bull run. 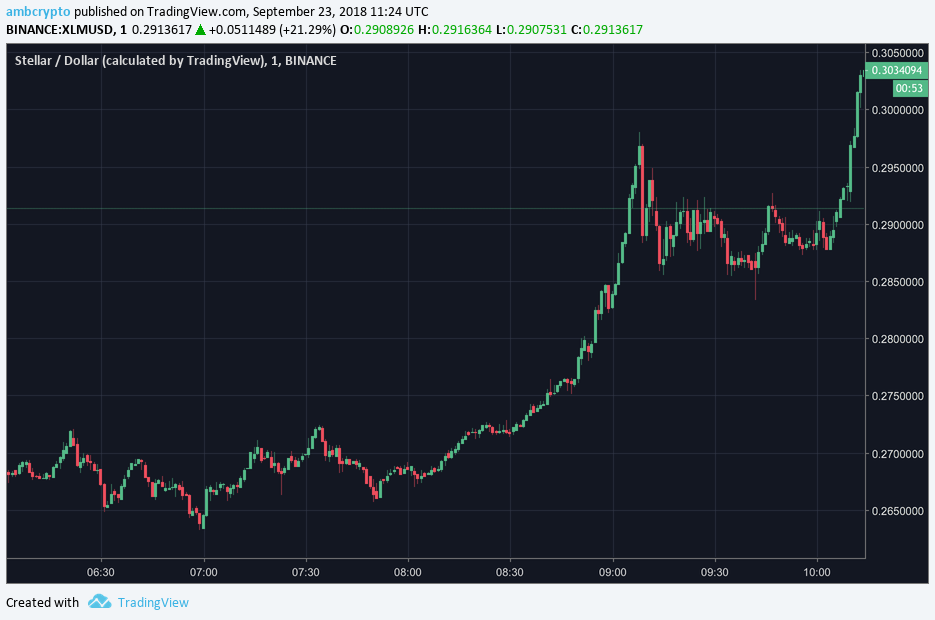 Just 4 weeks ago, Stellar hit a new milestone after registering 1 million accounts on their ledger. Over the past two months, there have been major partnerships and announcements that according to many has set the mood for the current pump. From ‘Tempo‘ the largest payment network for crypto-fiat trading announcement to Sharia certification to partnerships with SharesPost, Lightyear.io, TransferTo and Shift Markets.

24% of the recent volume of Stellar Lumens has come from Korean exchange Upbit with the XLM/KRW trading pair. The change in trend and the toppling of EOS has ignited the Stellar reddit and other social media channels abuzz. 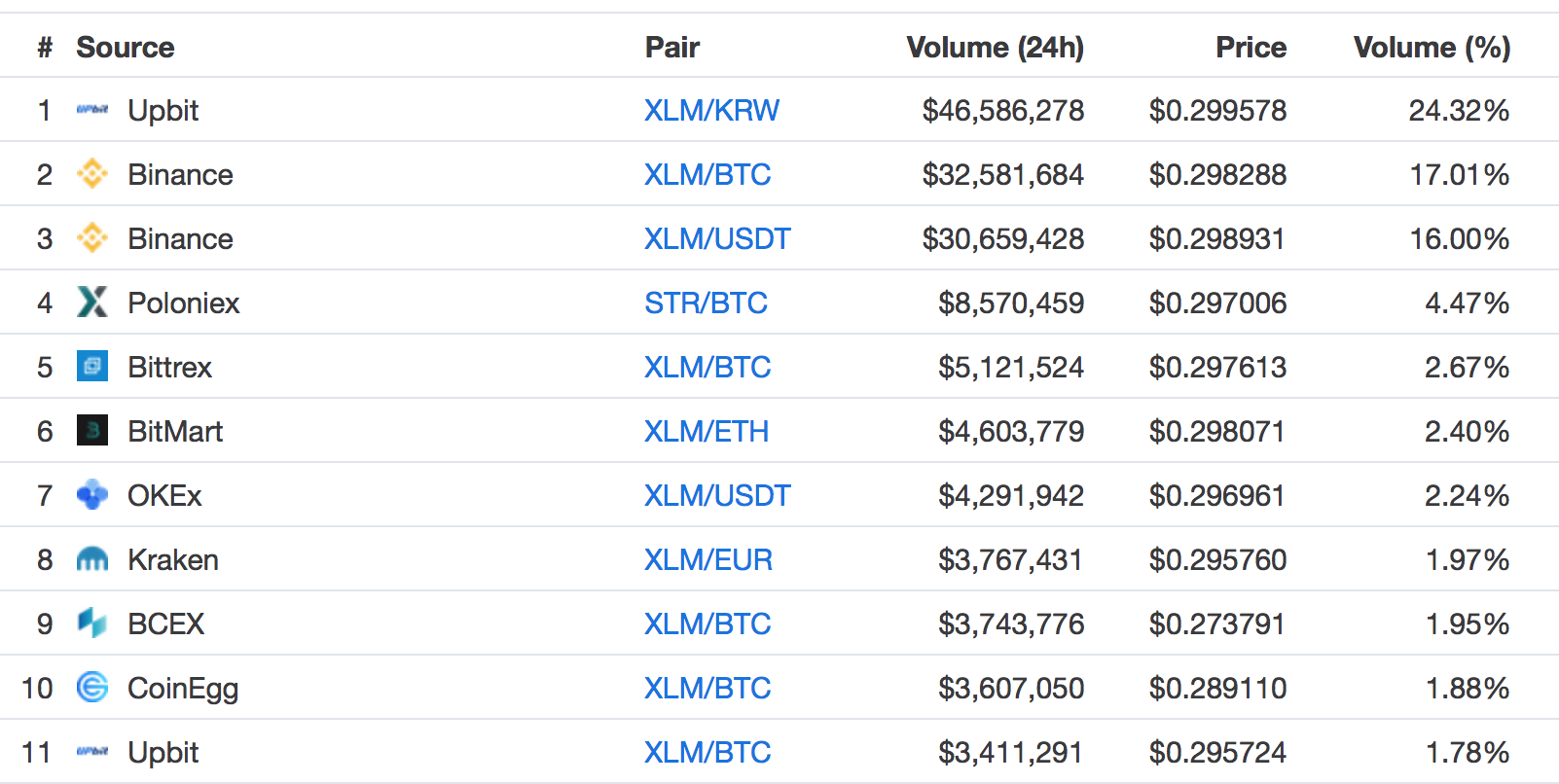 “Stellar is added on Circle. But more than that its a FOMO. Finally people started to realize the worth. This is just the beginning my friend. Just wait and watch. And DO NOT sell, there’s more to come.”

The AMBCrypto reporters asked many from their community who support Stellar for their opinions. Michael Lee, an investor from Hong Kong says,

“Oh you of little faith, XRP has changed the entire market, it single-handedly changed a dying market and revived it. XLM is now pumping and honestly, Stellar might be a tad bit better than XRP. We should see a little more pump. XRP’s bounce was because of media hype. Stellar Lumens’ current growth, I believe is organic”