Ripple announced today that they have partnered with PNC Bank, one of the top ten banks in the United States of America. They also stated that this partnership will be focused towards commercial customers of PNC Bank.

The FinTech company stated that the bank’s customers will be able to receive real-time cross-border payments. This is as a result of it being added to Ripple’s network of banks around the world known as RippleNet.

PNC is one of the biggest banks in the country, pulling in a revenue of $16.32 billion last year. They serve over 8 million customers and have branches in 19 states with over 9000 ATMs. They also provide financial services in addition to their banking services.

Notably, the price of the bank’s stock went up after the announcement was made by Ripple. At the time of writing this article, the stock is trading at $141.90 and has gone up by 1.4%. 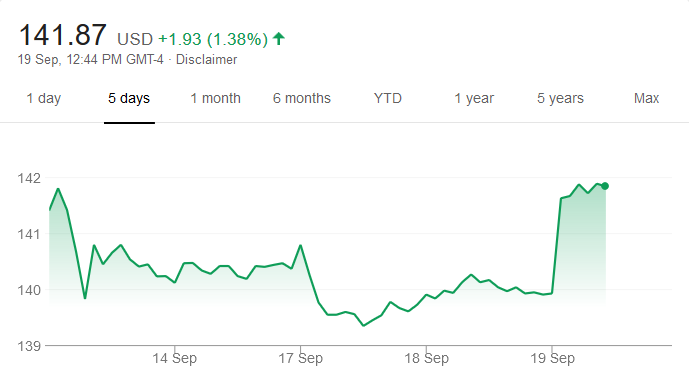 Ripple has been making strides towards pushing the adoption of their products. Recently, they also partnered with the National Commercial Bank in Saudi Arabia, thus opening up an important payments corridor between the US and Gulf Countries.

The use of the term “real-time payments” seems to imply that this partnership is utilizing xCurrent, as xRapid “settles” in real time. Moreover, Ripple’s tweet stated that the bank was using “blockchain” technology:

“@PNCBank has joined the 100+ financial institutions on RippleNet. It’s one of the first major U.S. banks to use #blockchain tech to streamline payments into and out of the country.”

Ripple is also gearing up for the launch of its xRapid product, which will utilize XRP to move money across borders. The digital asset will be used as a bridge currency in order to facilitate the transfer of value from one currency to another. It is slated to launch within the next month, as said by Sagar Sarbhai, the Head of Government & Regulatory Relations, APAC & Middle East at Ripple. He stated in a recent interview:

“I am very confident that in the next one month or so you will see some good news coming in where we launch the product [xRapid] live in production.”

On the move, Ripple stated:

“The addition of a top U.S. bank like PNC on RippleNet fuels the network’s positive momentum. RippleNet has grown to more than 100 financial institutions and continues to expand steadily each month.”