On 18th September, Attorney General Barbara Underwood released a report titled ‘Virtual Markets Integrity Initiative’, wherein she explained the report as being the result of an inquiry sent to various cryptocurrency exchanges earlier in the year. The three cryptocurrency platforms highlighted by Underwood were Binance, Kraken and Gate.io. 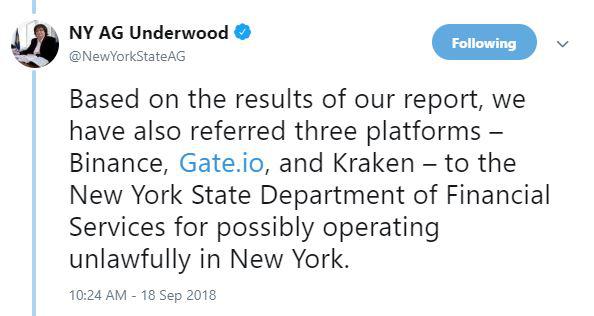 The inquiry demanded key information on operations, measures against market manipulation and internal controls from 10 cryptocurrency exchanges. The Attorney General found that the platforms possess a significant variation from each other in their practices to protect customer funds. Subsequently, she wrote that a number of exchanges lack policies and procedures essential to maintain fairness, integrity and security on the platform.

According to the report, there are three major fields of concern, namely, scrutiny on abusive trading activities, conflicts in interest and customer fund protection.

Regarding these, Underwood stated that some platforms not only monitor but also restrict automated algorithmic trading as well as block bots from operating trades. Furthermore, she believes that the customers must know the ways devised by their exchanges to address such issues. She added:

“Generally accepted methods for auditing virtual assets do not exist, and trading platforms lack a consistent and transparent approach to independently auditing the virtual currency that is purportedly in their possession.”

In the report, the results associated with automated trading policies have also been shown. Underwood shared it with the community, revealing the exchanges that carry these policies and the ones that do not. Most of the important exchanges were observed to have no monitors for small orders. 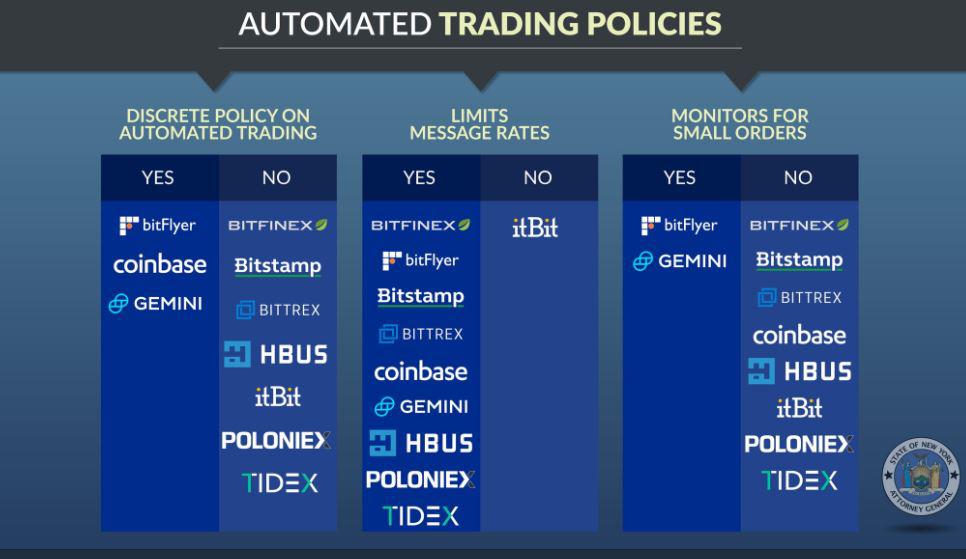 In another comment of the Twitter thread, Underwood provided the members of the cryptocurrency space with valuable information to assist them in protecting themselves from the malpractices of these platforms. The questions were aligned with the aspects of guide rails, insurances, policies and transparency. 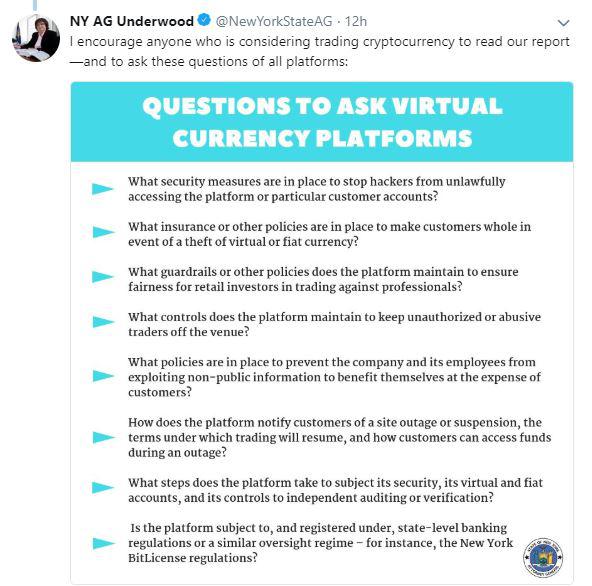 In cases of hacks or an unauthorized withdrawal, Underwood reminded the users that they are at huge risks of losing funds as there is no policy implemented by exchanges in the virtual currency space to protect the public. Here, she stated:

“There are serious Qs about the scope and sufficiency of the insurance some platforms carry to cover those losses. Some platforms do not insure against losses at all.”

Binance, Kraken and Gate.io are three of the most well renowned digital currency platforms in the world. According to the index on CoinMarketCap, Binance ranks first on the list, whereas Kraken and Gate.io rank 16th and 31st, respectively. At press time, the 24-hour trading volume of Binance was $997.6 million with a slump of over 10% during the past day.