The end of the week saw most of the cryptocurrencies in the green with some coins faring better than the others. 15th September saw Nano go up by a staggering 14.55% and a trading value of $2.71. At the time of writing, Nano held a market cap of $361.468 million with a 24-hour market volume of $42.872 million. 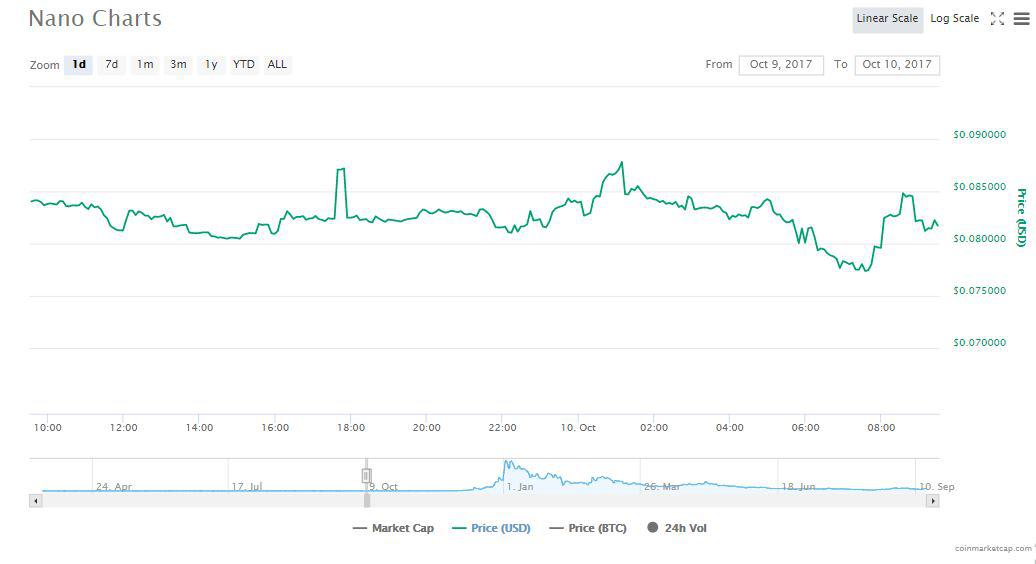 Binance, the cryptocurrency exchange, enjoyed a majority of Nano’s trading volume, with over 88% of the trade occurring on the platform. The 24-hour total volume on Binance amounted to a whopping $38.35 million.

Nano’s price shoot up has certainly made users happy with many jubilant comments on Reddit and Twitter reflecting it.

“ I LOVE how these prices surges are becoming more frequent now. I have always trusted Nano to go up and its worked. Yes!”

Nano has been making quite a stir in the cryptosphere especially when the Nano team had announced that they had achieved a maximum transaction per second [TPS] rate of 750 blocks per second, a record high for the token. Post this achievement, Nano had announced:

“A big THANK YOU to everyone who participated in the beta network stress test. Users reported an average sustained TPS of 75 over 30 minutes with a reported peak of 756 blocks/second.Want to find out more? Join the conversation at https://bit.ly/2PeEA17$Nano #v15isComing”

Nano had also witnessed a stellar rise of 43% a couple of weeks back after news broke out that the cryptocurrency was being accepted at the Bitcoin Superstore. The Superstore, a world first, accepts cryptocurrencies for products from stores like John Lewis, outgoing CEO Jack Ma’s Alibaba and Jeff Bezos’ Amazon.

Another cryptocurrency riding the bull wave is Tezos [XTZ], rising at a stunning 29.70%, more than any other coin in the top 100 cryptocurrency charts, according to CoinMarketCap. At the time of writing, XTZ was trading at $1.69 with a total market cap of $1.03 billion. Some reports attribute the rise to the Tezos Foundation’s announcement that the company would be launching its Mainnet on Monday, 17th September.

The post NANO rides the bull; rises at a staggering 14.5% appeared first on AMBCrypto.