Japanese retail giant Rakuten has announced the acquisition of Everybody’s Bitcoin exchange in a recent press release. Rakuten spent $2.4 million in the exchange purchase, and the press release describes the company’s growing interest in cryptocurrency.

Details of the Acquisition

Rakuten reports to be encountering a growing number of customers calling for the provision of cryptocurrency exchange services, which provided further motivation for the acquisition of Everybody’s Bitcoin. 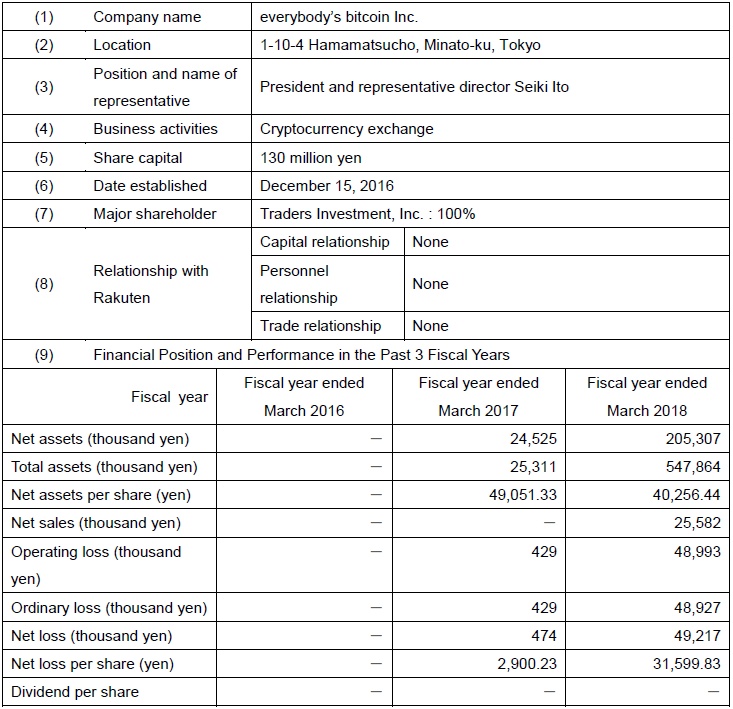