The question is a bit of a misnomer.  Economic growth was much stronger during, for example, the wild, wild west days.  But, is Trump the best economic growth president in the modern era (i.e. since 1980?)?  The IMF seems to think so.

How could one tell that the IMF thinks this?  Well, look at what their growth forecasts are for Trump, and compare to growth figures for the first year of other U.S. presidents.

Before looking, which presidents would you guess show up on top?  Trump is on top, but who follows?  Would you guess President Clinton or perhaps President Reagan?  They both had amazing periods of economic growth, but did their first year beat others?

Here’s a look at the results.  What the figure is showing is the average difference in growth across all countries for the first year of U.S. presidents going back to 1980.

As stated, the IMF must be thinking that Trump is the best president for economic growth.  In fact, Trump is the only president with a positive first year difference.

Overall, growth for Trump’s first year was 0.12 percent higher than growth in the prior year.

In third and fourth places are presidents Clinton and the first president Bush.  Both had growth differences of -0.13 percent.

In fifth place is the second president Bush at -0.16 percent. 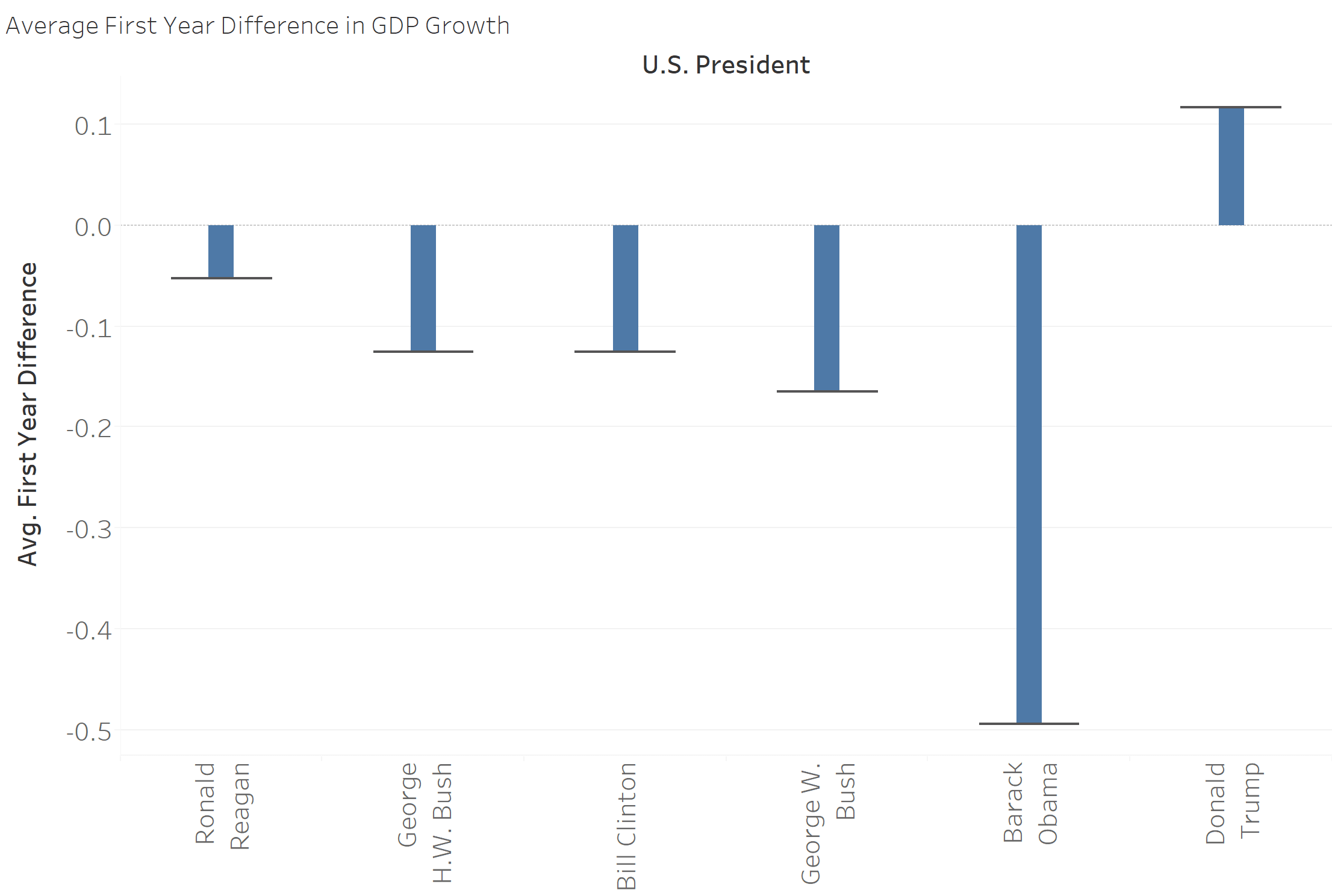 One criticism might be what the prior year’s growth measure was.

The following is a random effects panel regression.  The predicted variable is the growth differential from the prior year for the first year of a president’s administration.  The variables predicting the difference are the prior year’s economic growth measure and indicators for who the president was or is.

Interestingly, after controlling for the prior year’s growth, the results still stand.  For some reason, the Trump effect still stands. 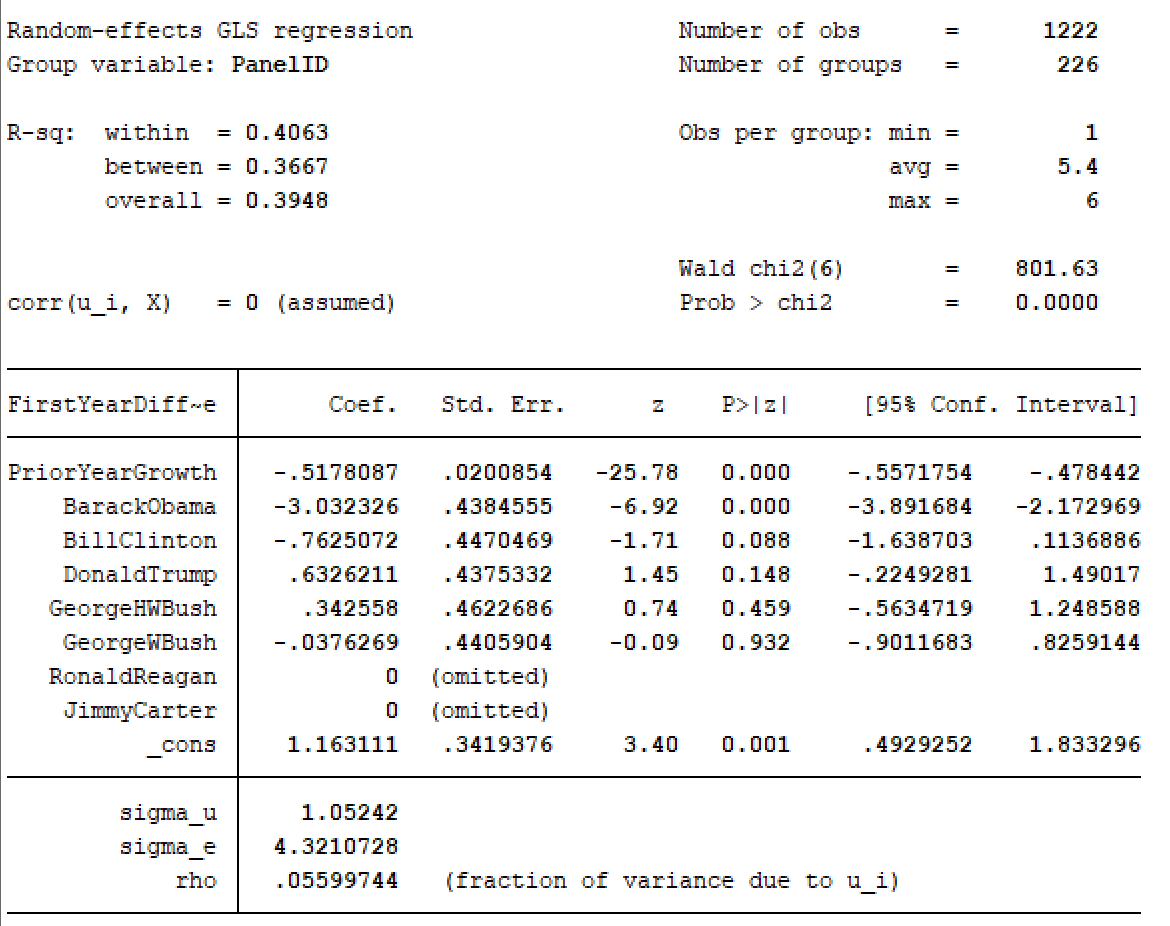 In looking at growth during the first year of a new presidential administration, President Trump comes out on top, by a large margin.  The “Trump Effect” holds even after controlling for countries’ prior years’ growth rates.  Interesting.

The post with the entire dataset is available for premium readers