In business, it ain’t over ‘til it’s over. Anybody can have a bright idea and start a company. It’s those with the talent to see that business through trying times who can be considered the true entrepreneurs of our society.

Companies that came back from the brink of insolvency

So reckon the people at Headway Capital: in fact, they’ve produced an excellent new series of visuals exploring just how some of our biggest success stories avoided failure when insolvency loomed. Let’s take a closer look.

Don’t try this at home, kids. The founder of Federal Express, Frederick Smith, found his young company on the brink of ruin just as they started to really take off. In fact, it all happened a bit fast. Suddenly they were delivering 1,000 packages a day, and they didn’t have the cashflow to pay for rising fuel costs.

But after that literal gamble, he returned to more conventional ways of raising money. Secure for a little longer, he was able to find the investors FedEx needed and guide the company to the household name status it enjoys today.

Everybody knows Apple through the ubiquitous devices that made them the first trillion-dollar company just a couple of months back. But things weren’t always so rosy. Just a couple of decades ago, Steve Jobs found them 90 days away from insolvency. Their products had been failing.

The solution wasn’t pretty. No glamorous trip to Vegas. This recovery had victims: 3,000 redundant employees. Jobs also refocused Apple’s portfolio around just 30% of its existing product line-up. They specialized, now, in just four products: one computer for pros, one for consumers, and a portable for each group too.

Buoyed by this approach (and the considerably lighter ship, missing 3,000 crew) the company went on to strike it big with simple, iconic devices, that changed the way we live and work.

It didn’t take a superhero to save Marvel – it took a team of them. The comic giants were facing destruction by 1996 with their shares dropping by 90% in three years. Stalled film projects and bad decisions cost them dearly.

But movies were the solution – just done a different way. The company partnered up with investment company Merrill Lynch to make bigger, flashier superhero movies than ever before, and whose Marvel Cinematic Universe tagline promised there would always be more to come.

Yes, they ruined cinema. But they saved their world.

The historic aviation company teetered and nearly fell in 2005, filing for bankruptcy after the hit of 9/11 and subsequent negotiations with its pilots. It was a bitter end for a business that had begun as a crop-dusting company over eight decades previously.

But the bankruptcy was just part of the recovery process. Delta used it as an opportunity to modernize and reprioritize, improving customer service, expanding its roster of destinations, and making canny management decisions. They’re now the top-performing airline in the US.

Did you know that Nintendo began its existence as a trading card company? That business evolved into toys and video games (via a brief dabble with love hotels!) so that in the 80s and 90s, just a whisper of the word (or a glimpse of Mario’s handsome whiskers) would give a kid goosebumps.

But they nearly blew it with poorly-performing products such as Gamecube and Wii-U, and by 2014 they had losses of over $300m. It took the visionary development of Pokemon GO and the risky innovation of the Switch to bring Nintendo back from the brink.

An online DVD company? What a great idea! Everyone loves DVDs, right?

Well, it turns out that DVDs were unreliable, expensive, and about to fall out of fashion – we like our movies in data form these days. And Netflix’s decision to try to do both at once proved a misstep. They lost nearly a million subscribers during the transition to becoming a virtual cinema.

A far better idea was not only to focus on streaming, but to start producing its own content. It turns out, we may not love DVDs but TV serials are like crack to the modern viewer.

It’s impossible to dislike LEGO, unless you step on a piece in your bare feet. But by the mid-noughties, the appeal was certainly wearing thin for a generation who preferred to play video games.

What was needed was a major marketing shift. Fast running out of cash, LEGO sold off its theme parks to balance the books, then struck a toy deal with Disney and a movie deal with Warner Bros.

What d’ya know, they now make $80m toy commercials and have a $6bn revenue!

The pioneering car company enjoyed decades of success having led society into the 20th-century with the Model-T automobile. By the turn of the 21st-century, they were spending like the industry leaders they were, buying up other car companies such as Land Rover for $2.9bn.

But the spending couldn’t last, and ten years ago the company began remortgaging and selling off some of its treasured scalps, such as Aston Martin and Jaguar. Finally, the government stepped in with a rescue loan. Jobs were lost, but the company was able to restructure and is now looking at an $11bn investment in electric cars.

The road ahead isn’t always straight-driving for businesses, but with the right person behind the wheel progress is always possible. 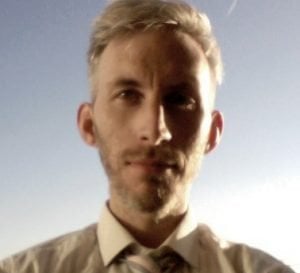 John writes on behalf of NeoMam Studios. A digital nomad specializing in leadership, digital media, and personal growth topics, his passions include world cinema and biscuits. A native Englishman, he is always on the move, but can most commonly be spotted in the UK, Norway, and the Balkans.

The post How Eight Giant Corporations Came Back From The Brink Of Bankruptcy appeared first on ValueWalk.