The cryptocurrency market continues to be struck down by the bearish market irrespective of showing the green sign at the beginning of this month. The main reason for the drop at the start of the month is believed to be a massive sale by the whales in the market.

Since then, the cryptocurrencies have been falling in the market along with some signs of recovery. However, Ethereum [ETH] still continues to be the most affected cryptocurrency in the market. The second biggest virtual currency has plunged to its lowest value for the year.

According to CoinMarketCap, at press time, the coin was trading at $171 with a market cap of $17 billion. The coin has plummeted by more than 11% in the past 24 hours. The lowest the coin has fallen for the day is $167. 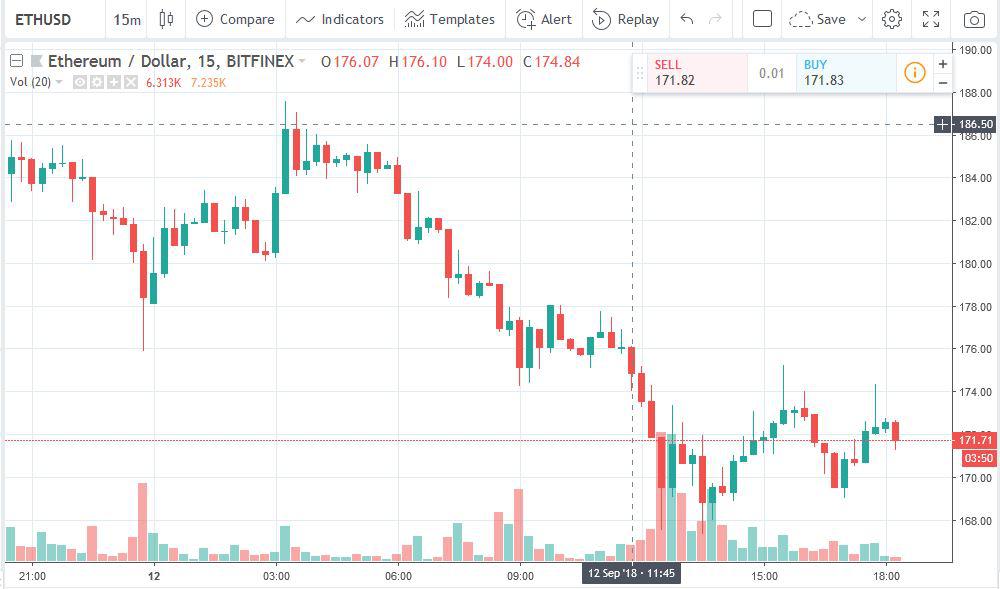 The market speculators believe that the reason for the price drops is the sell-off of the ETH by the ICOs which they raised for their projects. This is either due to the bear’s grip of the cryptocurrency market which has resulted in the ICOs incurring loss or the project in itself have failed to reach their goal.

In addition, almost$30 million dollars worth of Ethereum [ETH] was sold by the ICOs in the market just last week, which records as the highest in the past 2 months. Furthermore, the US Securities and Exchanges Commission [SEC] suspended the Bitcoin and Ethereum ETNs for over 10 days which also led to a slight decline in the price of the cryptocurrencies.

Moreover, the Co-Founder of Ethereum, Vitalik Buterin said that the value of ETH is going to reach zero if there are no protocol update implemented on it. He also said that there is not going to be another 1000x growth in the price of cryptocurrencies. This, however, is contradictory to the belief of many including Justin Sun, the Founder of Tron Foundation.

While the Ethereum’s price is going down the hill, Bitcoin [BTC]’s dominance over the market has reached the peak. The currency Bitcoin dominance is 58%. According to CoinMarketCap, Bitcoin [BTC] was trading at $6290 with a market cap of $108 billion.