The markets opened on Monday, 17th September, to a bearish sight with most of the cryptocurrencies seeing red after a relatively bullish run last week. The market pattern has been a crest and trough of prices with events such as ICO sell-offs and pullouts by financial behemoths controlling the flow of prices.

According to CoinMarketCap, some cryptocurrencies such as Ethereum [ETH] and Monero [XMR] saw a bullish silver lining through the grips of the bearish market. At the time of writing, Ethereum was enjoying a weekly growth of 10.35% and was trading at $219.87. The cryptocurrency held a market cap of $22.428 billion with a 24-hour market volume of $1.429 billion. The lion’s share of ETH trade occurred on BitForex, with the cryptocurrency exchange holding 31.24% of all ETH trade with a 24- hour market volume of $835.622 million. 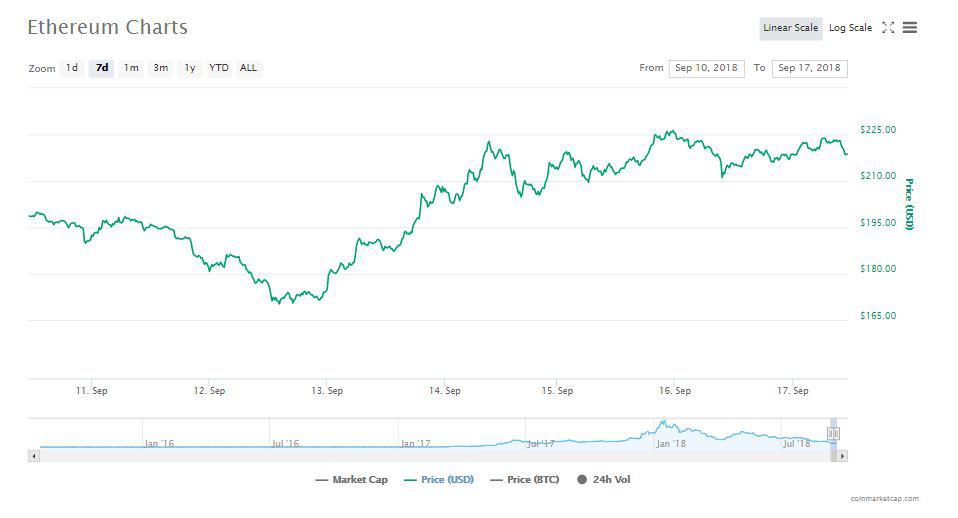 Ethereum was also in the news recently when Eric Conner, a community member of Ethereum, announced that the proposed upcoming hard fork of Ethereum titled ‘Constantinople’ will be implemented on the blockchain by the end of October. He had tweeted:

“Ethereum’s Constantinople hard fork will hit the Ropsten testnet October 9th. It will then be implemented on the main chain soon after Devcon 4 (oct30-nov2).”

Another cryptocurrency riding the bull was Monero, with the cryptocurrency basking in a weekly double-digit growth, rising at 10.17%. At press time, Monero was trading at $119.44 with a market cap $1.960 billion. The XMR token was majorly trading on Bithumb with a total volume of $9.254 million which was 26.38% of the total trade volume. Bithumb was closely followed by HitBTC which held 21.09% of the total XMR trade volume. 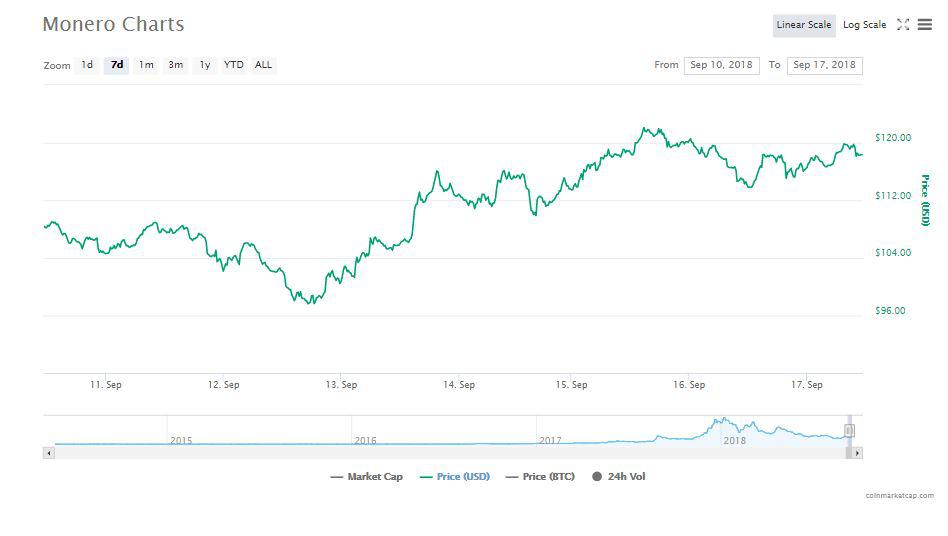 Monero was also in the news recently when Changelly, a famous cryptocurrency exchange, announced that it was putting a pause on XMR tokens due to ‘suspicious transactions’. Ilya Bere, the Chief Operating Officer of Changelly even stated that:

“Although the measures we take may seem to be unhealthy at the first glance, they help us prevent fraud and protect innocent users. Unfortunately, due to the untraceable nature of XMR, it’s been frequently used for the fraudulent activities. Not only Monero, however, but also every cryptocurrency may be involved into that.”