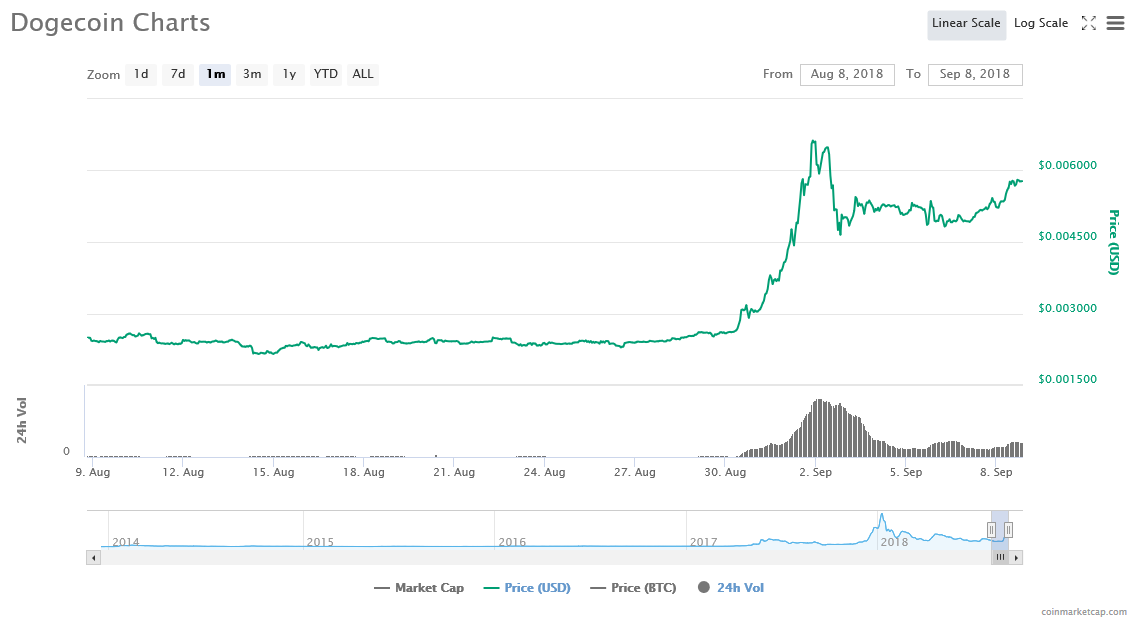 The coin is infamous for being a meme coin, as seen by its official logo. It is based on the ‘Doge’ meme, which is characterized by Shiba Inu dogs speaking in broken English. This was the attitude exhibited by members of the Dogecoin community after the recent hike in the price of the cryptocurrency, as seen by various memes commemorating the event.

Moreover, growth in Dogecoin comes at a time when the market is bleeding red, with major cryptocurrencies such as Bitcoin [BTC] struggling to hold their profits. Bitcoin is currently experiencing a slump of close to 0.07%, even as Dogecoin continues its profits.

More recently, enthusiasts are in a tizzy regarding the Dogethereum bridge that is currently being constructed. This will allow Dogecoin tokens to be available on the Ethereum blockchain. A demo was presented recently, as stated by Alex Van De Sande, a developer on the team. He said:

“In a few minutes @coinfabrik and @oscarguindzberg will be presenting to the judges their work on creating a magic portal that allows any Doge to live inside Ethereum as a token.”