Recently, Dogecoin entered the top-20 cryptocurrencies and replaced Zcash [ZEC] on the CoinMarketCap charts. The coin has been seeing a persistent bull run with minor downturns at the intervals. Despite the market depreciating lower, the 20th largest cryptocurrency in the world is enjoying the bull ride and is currently up by nearly 26% on the weekly chart. 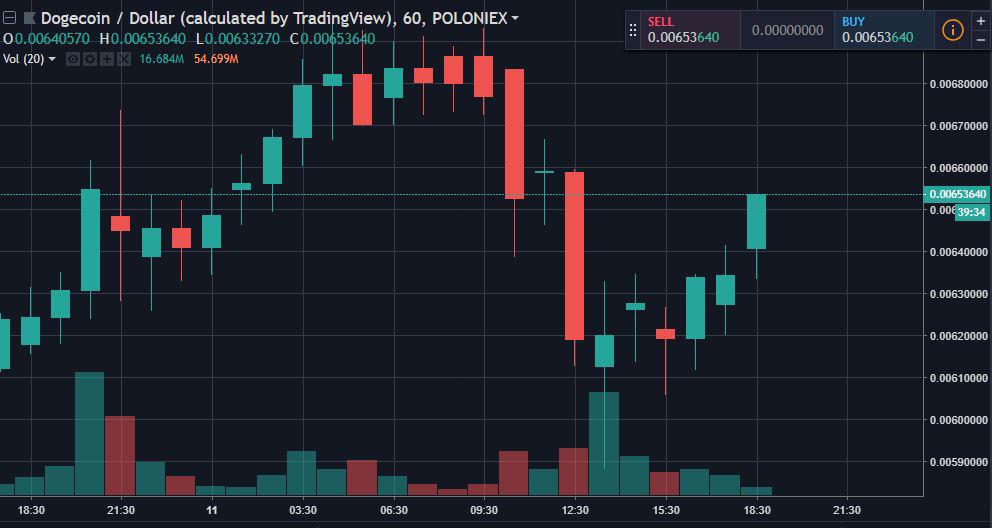 Following the overtake of Zcash, Dogecoin also touched the 18th rank on the charts 11th September [today]. The coin is being traded the most on Gate.io with the highest trading volume of $30 million in the past 24 hours, followed by ZB.COM and Poloniex where the trading volumes are at least above $10 million.

Just a week ago, Poloniex added the pair of Dogecoin with Tether [USDT], enabling both the communities to trade across the markets. Regarding the spike of his cryptocurrency, Jackson Palmer, the creator of Dogecoin expressed his views on Twitter. He wrote:

“Mentions get flooded like this every time the price of @dogecoin unsustainably spikes and I say “ha, that’s kind of dumb”. Might just start blocking these people. “

“Same dumb shit that had you create it now gtfo out the way as we pump this into the billions.”

The post Dogecoin [DOGE] roller-coaster goes back up to hangout above 5% appeared first on AMBCrypto.