Dogecoin [DOGE] continued its bull run even as the market struggles to find a firm footing. The recent hike by the coin is indicative of the steady upward hike it has been undergoing in the past month.

The coin is currently at a growth of 9.92% over the past 24 hours, as it continues to ride on the hype of the Dogecoin Ethereum bridge known as Dogethereum. Moreover, the coin has recently been listed on a multitude of trading platforms such as Robinhood, Yahoo Finance and Poloniex. These exchanges have added DOGE/USDT trading pairs and thus allowed for more capital to enter the market. 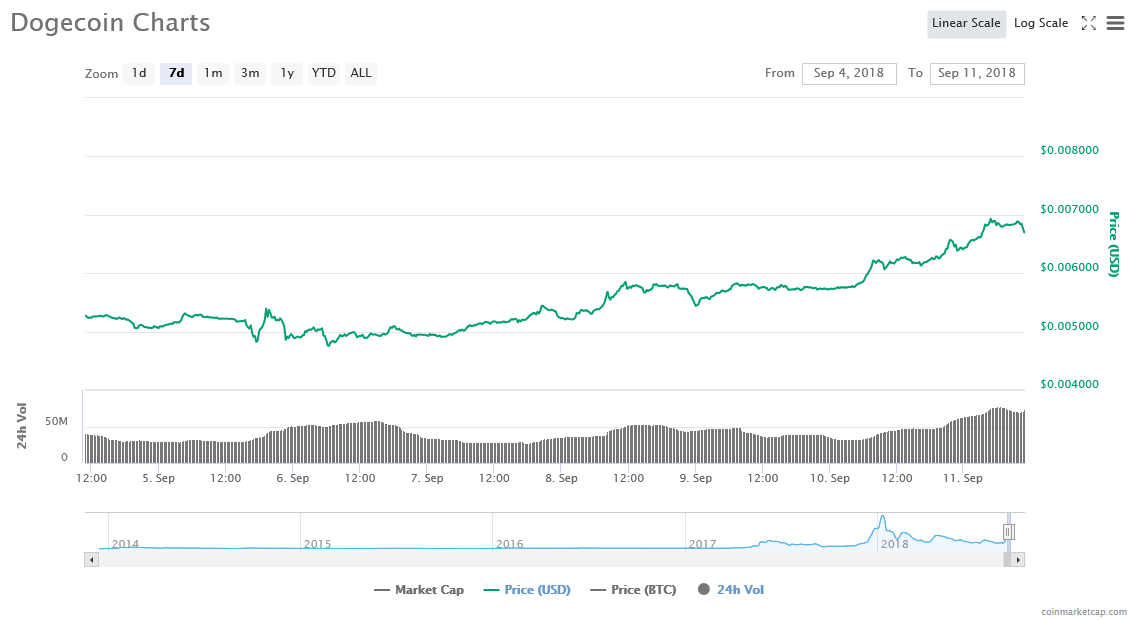 On this momentum, the coin doubled its value over the last month. While it was trading at $0.0025 on 28th August, a bull run on 30th August hiked its value to $0.0066. This allowed Dogecoin to maintain a growth percentage of 153% in a bear market.

“It’s not very often when you see the underdog beat established coins such as Bitcoin and Ethereum in terms of pure growth. Over the last month, Dogecoin has a growth percentage of 186%, even when the market is constantly fluctuating due to regulatory uncertainty.”

“The cheap cost of Dogecoin allows investors to get into it with a very small amount of capital, much like pocket change can be converted into savings. This also allows for high volume purchasing and generally multiplicative properties. Mainstream trading platforms allowing for the trading of Dogecoin will allow experienced traders to test the waters.”