At the time of writing, Cardano was on a spectacular rise of 11.42% with a total market cap of $2.276 billion. The cryptocurrency was trading at $0.088 with a 24-hour market volume of $115.353 million. Cardano’s cryptocurrency has given users some reprise as the cryptocurrency has reached a 4 day high. Binance held most of Cardano’s trade volume with a majority hold of 27.26%. The trade volume on the exchange $32.624c million which was closely followed by Upbit with $30.607 million. 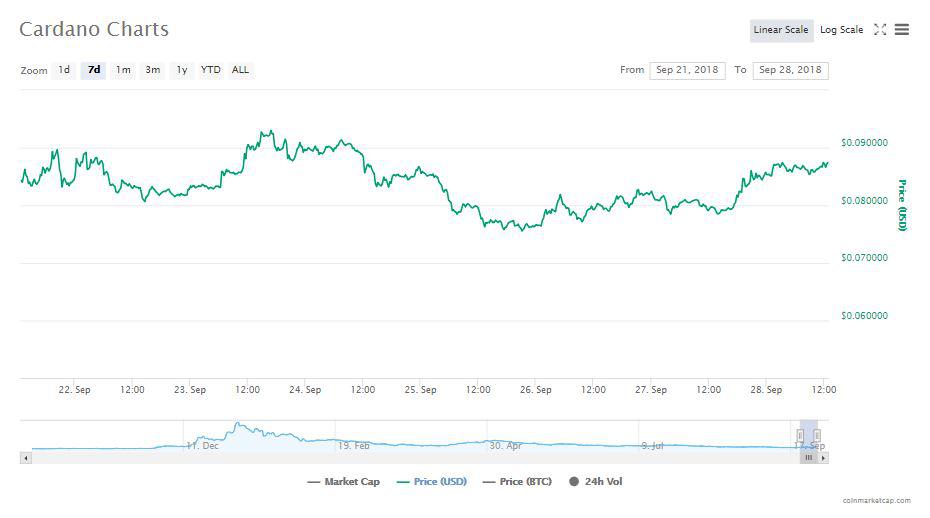 Kraken had created waves in the cryptosphere when it retaliated to the statements made by the New York Attorney General Barbara D. Underwood. The statement made by the exchange platform on Twitter stated:

“Thanks to the NY taxpayer for funding this research — saved our Product team a lot of time, and we got some interesting non-public info on our competitors. Excellent overview of issues, and a nice list of ‘Questions Customers Should Ask’ on pg 32.”

The post Cardano [ADA] rises by 11% on the back of Kraken listing appeared first on AMBCrypto.