On 7th September, Calvin Ayre’s online portal CoinGeek brought into public notice the news that Antpool recently used AsicBoost to mine Bitcoin [BTC]. Antpool is a cryptocurrency mining pool run by the Chinese mining giant, Bitmain. Block #540032 was mined by AntPool on 5th September with the AsicBoost version known as 0x2000e000, according to AsicBoost Block Explorer.

The majority of blocks mined by AsicBoost were observed to be SlushPool, OKPool, F2Pool, Poolin and BitClub with different versions of the miner. 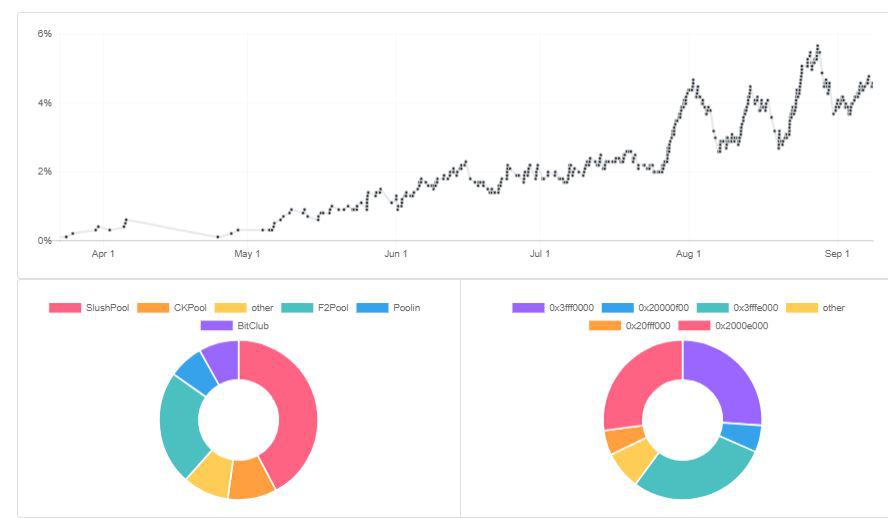 Mining with AsicBoost is highly controversial as the software exploits the proof-of-work [PoW] algorithm and helps the miner save up to 30% of the energy cost, leading a possibility of an attack on the network. This was stated by a technologist named Greg Maxwell in an email, where he explained the fallbacks of AsicBoost.

In a Medium blog written under the author name, WhalePanda, it was explained that Bitmain refused the activation of SegWit last year, as it was not compatible with AsicBoost. However, Jihan Wu was ready for a hard-fork instead of a soft-fork, despite it being a much safer option due to the same reason. Furthermore, it was reported that the patent for the miner was registered under Bitmain.

As the news of Bitmain using AsicBoost broke out, Samson Mow, the Chief Strategy Officer of the blockchain firm Blocksteam shared a public tweet on the subject. He stated that the reason for the sudden urge of Bitmain to use AsicBoost could be due to its upcoming IPO and worn off mining hardware. In his words:

“Why is Bitmain starting to mine with #AsicBoost now all of a sudden? Their hardware is getting obsolete and they need to squeeze as much out of it as possible. Need to try to look good for the IPO! #BitmainIPO”

CryptoFruit, a cryptocurrency and blockchain space follower inquired and wrote:

“How you know they started mine with asciboost?”

“How you know they started mine with asciboost?”

In the Bitcoin mining scenario, Bitmain Technologies is emerging as a huge threat to the ecosystem. This is because the mining company has already acquired a hash power of above 40%. If the party reaches a hashrate greater than 50%, it could charge an attack on the Bitcoin network.

The post Bitmain re-opens its mining quest with AsicBoost; an attempt at acquiring more control? appeared first on AMBCrypto.