On 30th August, BitMEX, a peer-to-peer [P2P] Bitcoin trading platform based out of Seychelles posted a research about the recently announced Bitmain IPO on its official Twitter account. Here, the BitMEX team analyzed the previously released pre-IPO financial document. 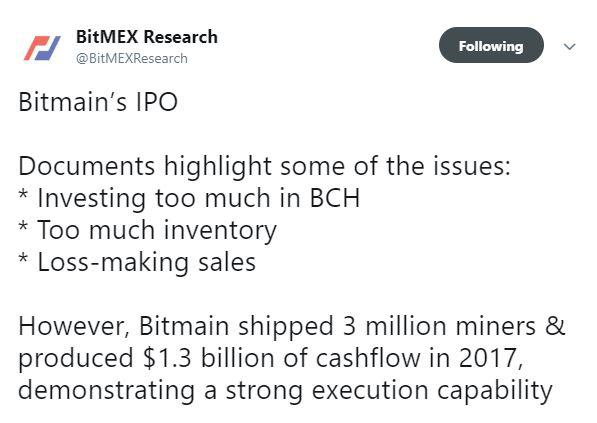 The research stated that Bitmain had its profits high in 2017 but is believed to be in losses currently. This comes after the company made a major amount of its investment in Bitcoin Cash [BCH] and even sold all its Bitcoin [BTC]s in the process. According to BitMEX, Bitmain took an estimated loss of $328 million as a consequence.

However, Bitmain reportedly raised funds in millions and was valued at around $14 billion in its pre-IPO round. The company is required to submit the documents for the IPO to the Hong-Kong Stock Exchange by the end of August. In the IPO, BitMEX believes that the company will aim to raise funds in millions reaching a valuation of around $20 billion.

The Bitcoin-dedicated platform also referred to a leaked Bitmain financial document posted on Twitter, earlier this month. BitMEX believes in the authenticity of the leaked report and mentioned it as the bases of its research. 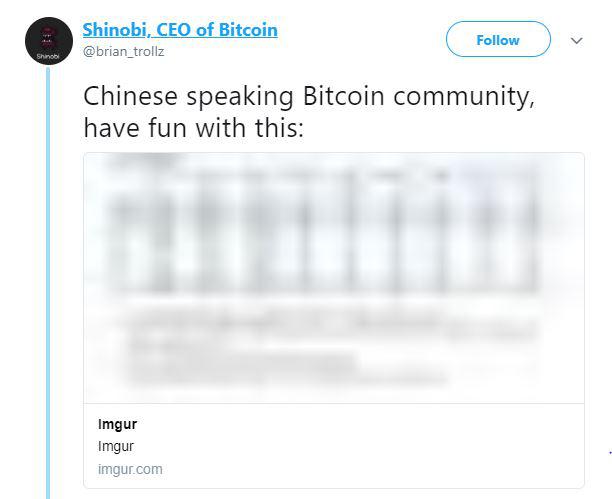 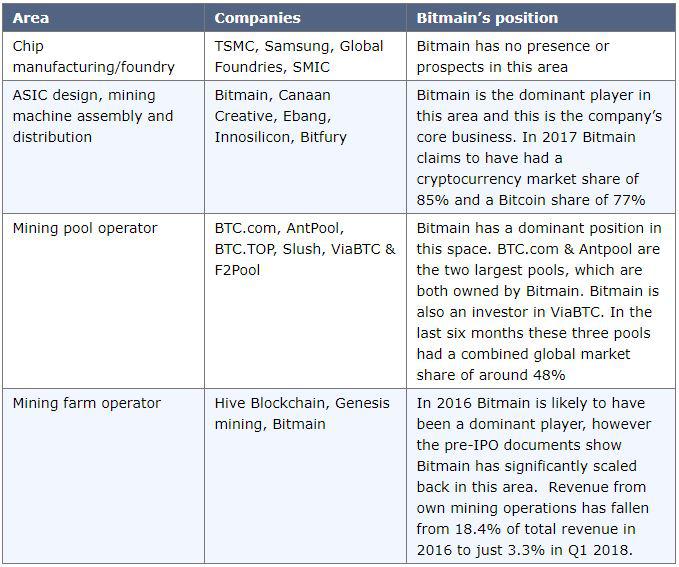 Another document included by BitMEX in its research was Bitmain’s financial metrics according to the mining product sold. In the document, each product and the revenue produced by its sale was listed. Through the analysis, the research concluded that Bitmain might be operating in losses with a negative margin of 11.6% for one of its main products. 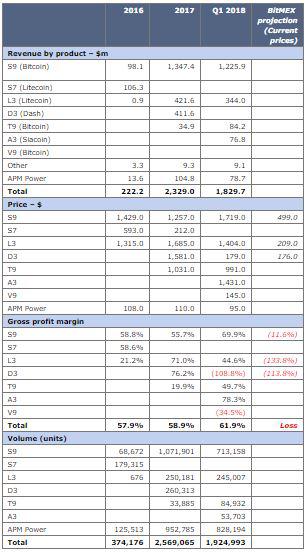 Regarding L3 antiminer produced by Bitmain and its sale in 2018, a Twitter user, Gaz Mema on BitMex’s tweet commented:

“yeah, anyone who bought antminers in 2017 will never ever buy antminers again. these scam artists sold L3 antminers in jan-feb 2018 for 2400usd, than 6 months later they sell them for 240 usd”

Samson Mow, the CSO of Blockstream, who has been a crucial critic of Bitmain and its IPO on the matter also stated:

“It’s important to note that while selling S9’s at a loss, Bitmain *STILL* accepts #Bcash for payment (none of their competitors do) so they continue to have a negative multiplier on sales as $BCH tanks. #BitmainIPO”