On 1st September, a community-driven stress test was conducted by Bitcoin Cash’s team. The test consisted of an overall number of transactions equivalent to 2.1 million with a block size of 10MB for most of the transactions and above 21MB for the rest of them.

It was observed that the fees remained stable despite the increase in the volume of the transactions. According to BitInfoCharts, the transaction fee went down from $0.022 to $0.0017. The results also indicated that Bitcoin Cash accounted for 64.7% of all the cryptocurrency transactions during the 24-hour time period. The second highest transaction was claimed by Ethereum [ETH] with 19.7% followed by Bitcoin, which only experienced 6% of the total transactions. 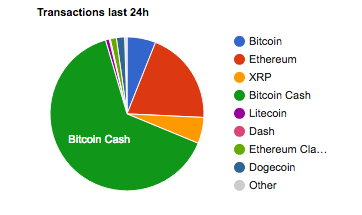 However, against the charts on BitInfoCharts, Dan Larimer, the CTO of the 5th largest cryptocurrency EOS implied that blocktivity.info gave different data altogether. His comment stated that the weekly average for cryptocurrency transactions was the highest for EOS with a total contribution of 49.3%. Here, Bitcoin Cash was only accounted for 11.5% of the total transactions. 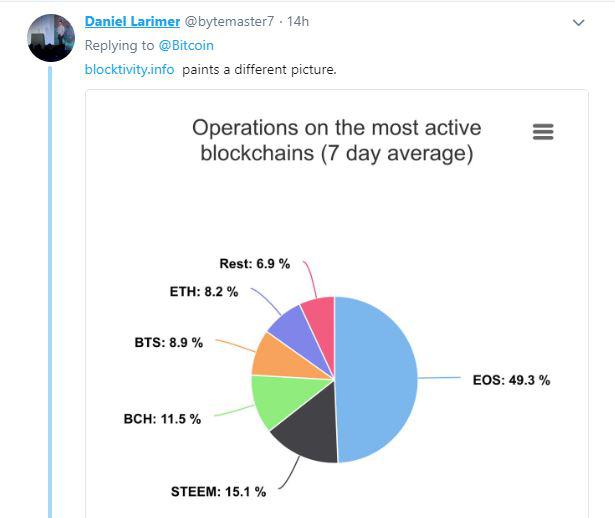 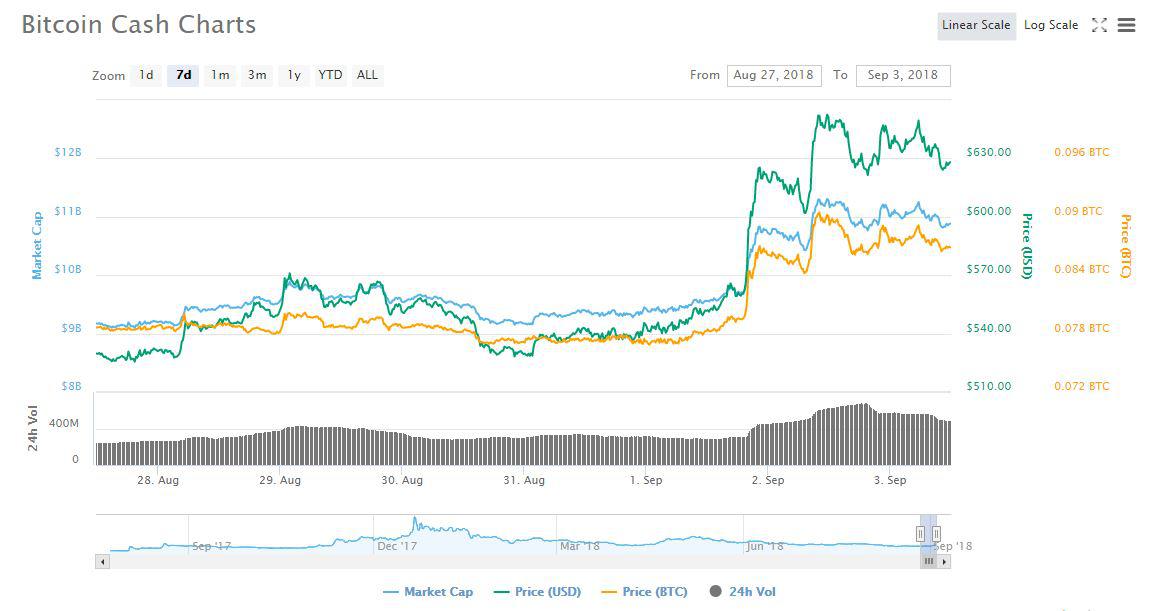 Post 1st September, Bitcoin Cash did not stop rallying upward. On 2nd September, the price of BCH achieved its week-peak of $652.04 where the total market cap was recorded at $11.29 billion, which equates to a hike of over $2 billion in its market cap since the beginning of the week.

On the news of the stress test, many community members and cryptocurrency followers shared their views. A Twitter handle named BlueNET Crypto commented:

“So the developers are doing millions of micro transactions and loosing money just to pump it? // Or is there a real use case that we all know nothing about which is pushing these numbers?”

premine apologist, another Twitter user and a casual coder jotted down his multiple opinions and wrote:

“1. you can’t see lightning network transactions because you just can’t
2. http://www.blocktivity.info/ actually, it’s barely 10% // 3. the metric is trivially gamed, especially when you don’t consider security of those transactions or fee cost to do those transactions”