Bitcoin recently saw a sharp drop in its price, with a slide back down to the $6500 levels. Now, while it holds this critical level, the next market movement will decide the direction the coin moves in for the rest of this year. 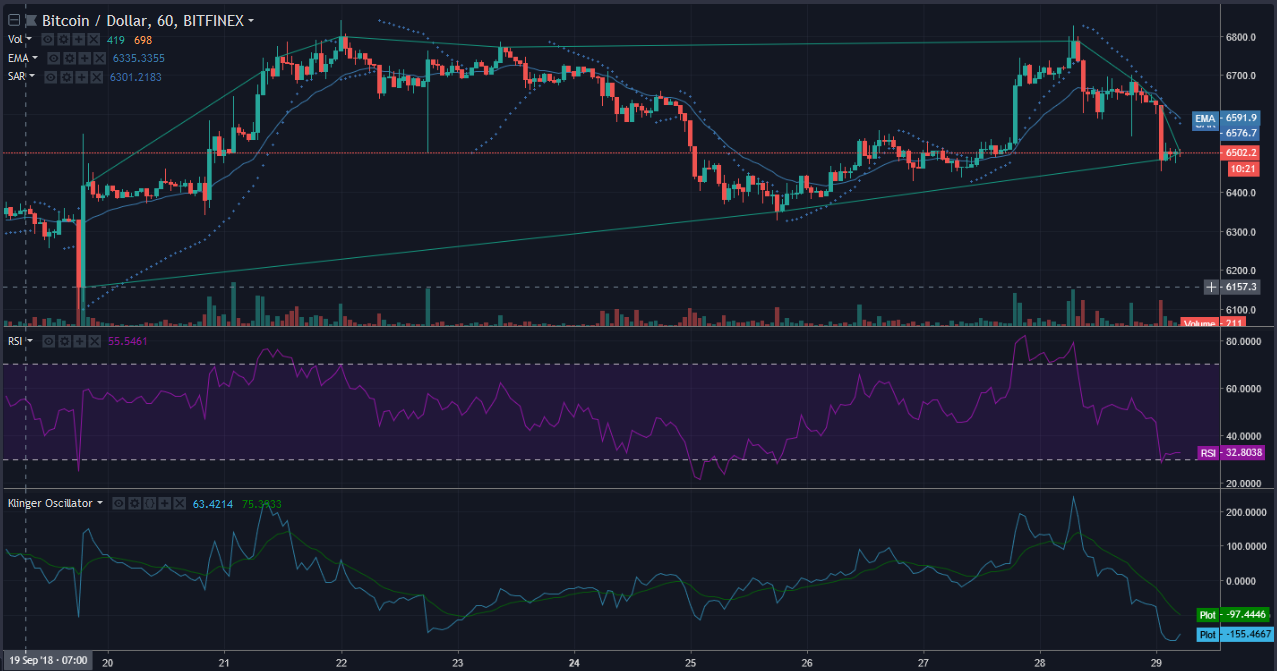 The RSI recently recovered from an oversold position, flashing a buy signal. This came after the drop earlier today and indicates a recovery in the short term.

The Klinger Volume Oscillator is moving upwards, with the signal line set to cross over the oscillator if the current movement continues. This constitutes a bullish sign.

The Parabolic SAR indicates a buildup of bearish momentum on the price, with the further possibility of the price moving downwards. 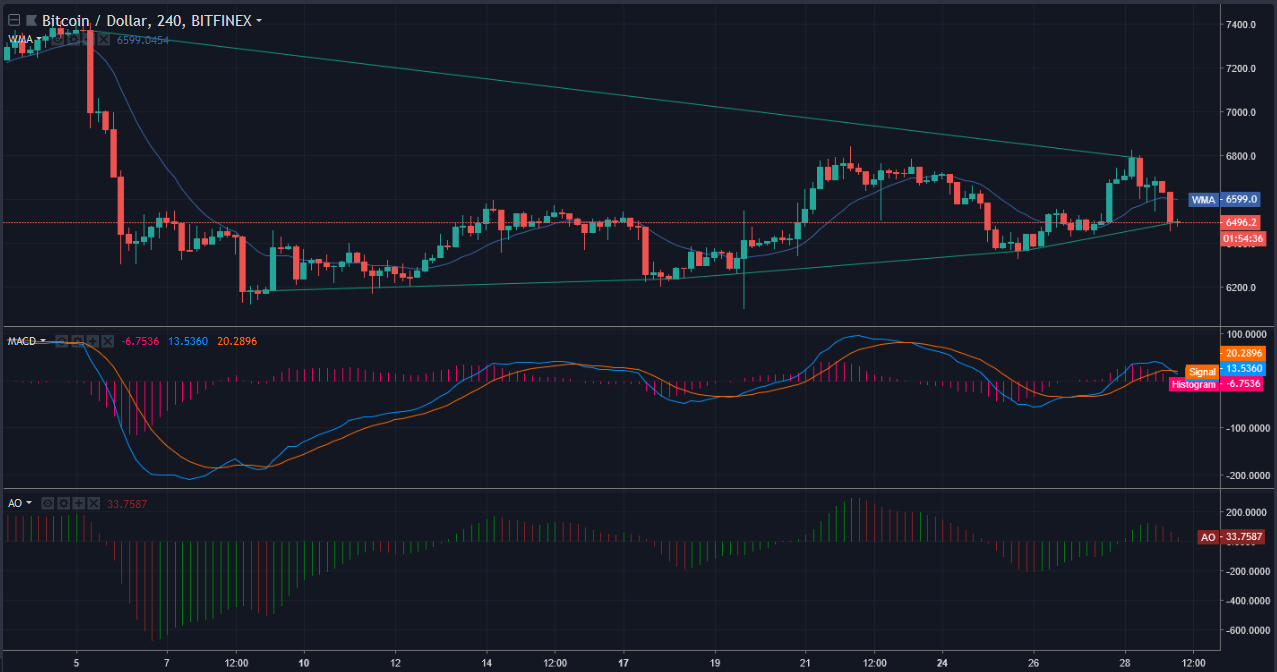 The MACD is converging downwards, as evidenced by the movement of the lines and the histogram tending towards a downwards slope.

The Awesome Oscillator is flashing a red sign after the recent bearish movement downwards. 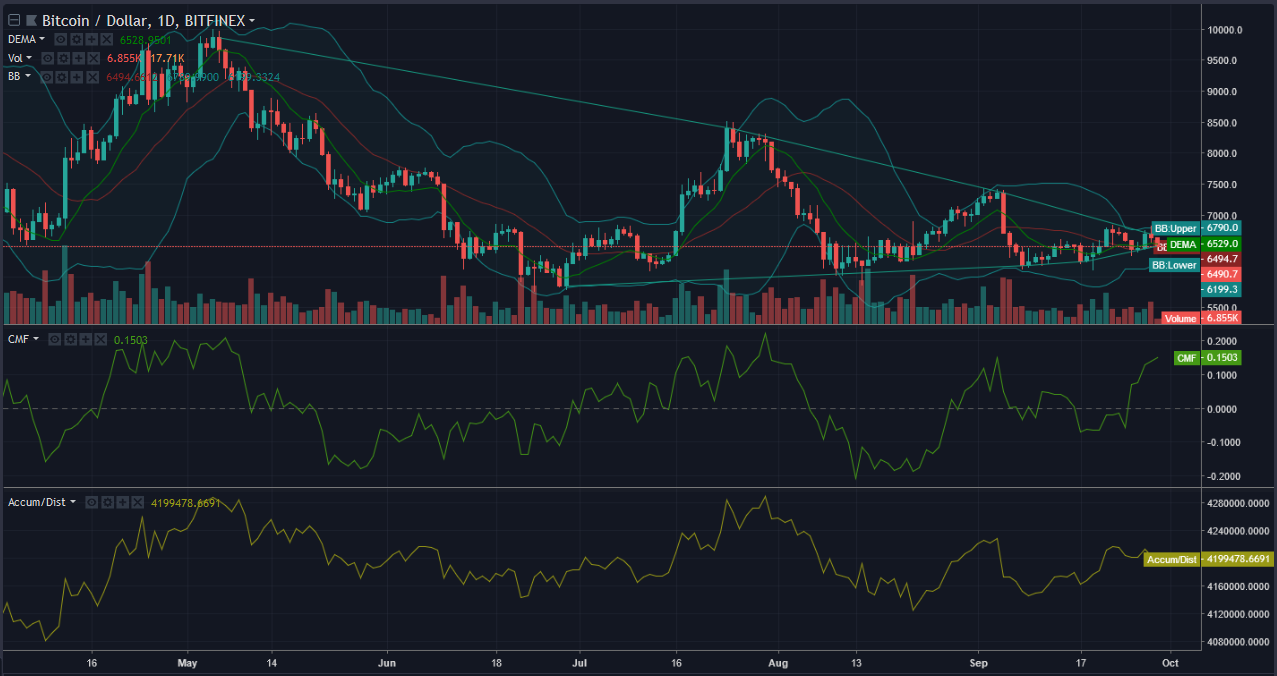 The Chaikin Money Flow indicator shows a strong uptrend, which is indicative of buying pressure in the market. However, this is contrasted by a slight downward pressure seen on the Accumulation Distribution Indicator.

The Bollinger Bands are also moving close together, signifying the presence of lowering volatility. Many also consider this to be the sign of a breakout occurring in the near future.

Conclusion:
If buying pressure continues, the bulls will be in control. Although weekend trades are subject to low volume issues, a strong rally in price may as well be decided with a push over $6500. This would not only represent a trend reversal, but also a break out of the $6000-$6500 psychological borders.

The post Bitcoin [BTC/USD] Technical Analysis: Breakout from $6500 will decide the next big move upwards appeared first on AMBCrypto.