On 11th September, Ruben Somsen, one of the moderators of r/Bitcoin community responded to a video released by Roger Ver for public viewing without consent. Somsen shared his views with both the communities on the same issues that were discussed earlier.

At Huobi Carnival in Korea, Ver met two community members from Bitcoin Core and carried out an aggressive debate on the subjects of censorship, moderation and freedom of speech. Here, Somsen being one of the two, requested Ver to refrain from posting the video publicly and have a discussion off-camera. 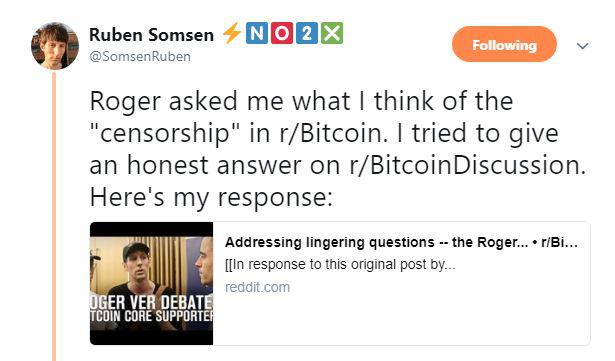 In the main Reddit post titled ‘Addressing lingering questions — the Roger Ver (BCH) / Ruben Somsen (BTC) debate’, the first question answered by the moderator was about r/Bitcoin being a platform with censorship. Here, Somsen separated the concepts of moderation and censorship stating that moderation is not the same as censorship. He further took a stand in favor of the decision to delete posts promoting Bitcoin XT on the forum. Bitcoin XT is an implementation of a Bitcoin Cash [BCH] full node. In his words:

“What I do agree with is that posts absolutely and undeniably got deleted of people who promoted Bitcoin XT. I think it’s disingenuous to say people who claimed there was no censorship were denying this.”

Next, he clarified on people not being allowed to talk about hard forks leading to the prevention of the community reaching a consensus. Somsen mentioned that the members were not allowed to promote Bitcoin XT but were welcome to discuss the merits and demerits of hard forks. He added:

” In my opinion, those threads were enough to make it clear that there was no consensus for a hard fork.

On the subject of a consensus, Somsen stated that he was referring to a ‘rough consensus’. According to him, that is the only appropriate way to discuss consensus. Following is a thread posted by him in the past to share his stance on consensus. 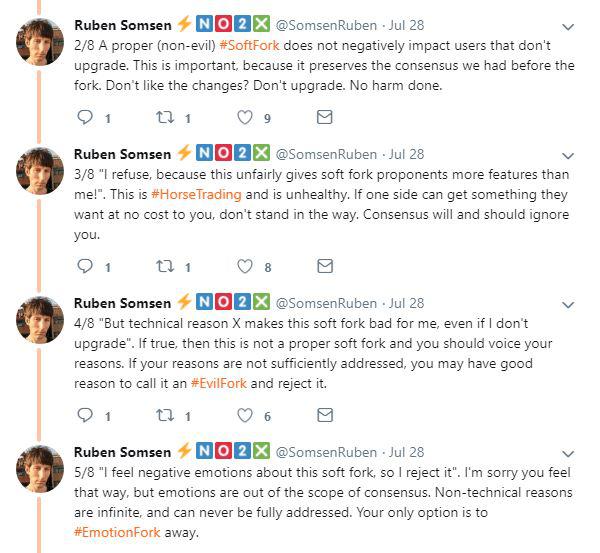 Lastly, Somsen concluded by expressing his views on how the Bitcoin Cash community should have responded to the ‘censorship’. He stated that one can feel unhappy about the subject, stop using the platform [r/bitcoin], take steps to inform others of the injustice faced and finally move on. However, Somsen believes that the BCH community has been unable to reach the last step of moving on. He ended his argument by writing:

“And on a more personal note, all the grudges I have held in the past I’ve regretted. They only served to make me feel worse, and wasted my energy on things I had no control over.”