In a Bitcoin conference held recently, Bill Barhydt, the Founder and CEO of the cryptocurrency exchange Abra delivered a talk where he spoke about the history of fiat currencies and their multiple failures and the potential in Bitcoin to attain revolutionary success in the future eras.

During his talk, the CEO analogized the invention of the Internet with that of Bitcoin and the blockchain technology. Here, he stated that the digital advancements will erase or drastically change many business sectors in the future, such as banking, payments, remittances, lending, investing, foreign exchange. He also mentioned bookstores, magazines and newspapers, video rental stores, travel agents as some of the businesses that either became obsolete or transformed after the arrival of the Internet.

Switching to the topic of the Bitcoin market, Barhydt explained that the asset class did not exist a decade ago. He then defined the most significant feature of Bitcoin to be its fungibility, despite the current market volatility of the coin with fiat markets. In his words:

“Forget about the volatility swings. The most important feature of Bitcoin as it relates to volatility is that one Bitcoin today is one Bitcoin tomorrow. It’s not the price today because if everything else I’m saying is true, it’s the fungibility of Bitcoin that matters not its price in dollars.”

Furthermore, the finance expert spoke about the three most important applications of Bitcoin, which are x-border payments, decentralized investing and consumer asset financing. 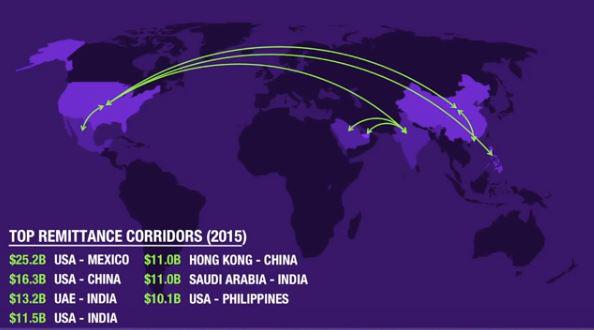 Next, he dived into the subject of remittances and stated that Bitcoin and blockchain will change the way the fintech sector works. According to Barhydt, perspective on money transfer will change as the service will be instant and practically free. Here, he cited an example to explain his point and said:

“Here’s an example of a service we’ve been testing in the Philippines that uses, what we call, cash tellers on the grounds that effectively are buying and selling legally Bitcoin. Now the most half of the consumers know they’re buying Bitcoin because they’re using the tellers to invest in crypto. The other half are using the tellers to actually get money on and off a phone in a foreign exchange transaction. They only know that they’re holding digital pesos, they don’t actually know that the transaction is happening in Bitcoin.”

Barhydt explained the working of the cash teller. He stated that the teller makes a small fee out of its service, which is a fraction of the Western Union Shift fees and is favorable for all the parties involved. For the US users, he mentioned Automated Clearing House [ACH] to be a viable option where the money will not leave the Bitcoin network while going through an enhanced cross-bored wire transfer.

The post Bitcoin [BTC] remittance and fintech in the future, discussed by Abra CEO appeared first on AMBCrypto.