The Bitcoin [BTC] and Ethereum [ETH] exchange-traded notes that existed as a way for investors to get into cryptocurrencies in the US have been suspended by the United States Securities and Exchanges Commission [SEC]. They quoted reasons for suspending trading as “confusion amongst market participants” regarding the instruments.

These were the Bitcoin Tracker One and Etherum Tracker One products, known as CXBTF and CETHF offered by Coinshares Holdings. They also stated that the suspension will be upheld for 10 days, starting on 9th September and terminating on 20th September.

The suspension is temporary and was conducted pursuant to Section 12(k) if the Securities Exchanges Act of 1934. This Section 12(k) of the Exchanges Act gives the SEC the power to stop the trading of any security on an emergency basis. This will be enacted if the SEC considers public interest and the protection of investors to be at risk. However, this will only be upheld for a period of 10 business days, unless the President of The United States approves an extension for a period of 90 calendar days.

The statement released by the SEC said:

“’The Commission temporarily suspended trading in the securities CXBTF and CETHF because of confusion amongst market participants regarding these  instruments.”

Moreover, the SEC stated that no broker or dealer is to enter into a quotation unless they have complied with the provisions set in Rule 15c2-11 under the Exchange Act. They stated:

“If any broker or dealer enters any quotation which is in violation of the rule, the Commission will consider the need for prompt enforcement action.”

The rule in question establishes procedures for the submission of quotations by broker-dealers for over the counter securities, as seen in this case. This rule serves the purpose of preventing fraudulent acts in the market among broker-dealers, especially in the case of securities traded on exchanges other than the ones in the US.

Rule 15c2-11 (“Rule 15c2-11”) under the Securities Exchange Act of 1934, as amended (the “Exchange Act”), sets forth procedures for the submission and publication of quotations by broker-dealers for certain over-the-counter equity (“OTC”) securities. The purpose of Rule 15c2-11 is to prevent fraudulent, deceptive or manipulative acts or practices among broker-dealers in publishing securities quotes for securities that are traded on exchanges other than U.S. national securities exchanges.

The ETN was launched on 15th August with a pairing to USD, thus allowing United States citizens to trade it. However, it was already available for trading on the Swedish NASDAQ exchange since 2015.

An ETN is a security issued by a bank that underwrites it, thus marking its place in the SEC’s jurisdiction. The product has a maturity date and is backed by a pool of assets held by the institution offering the product. The assets, in this case, are Bitcoin and Ethereum.

Around the same time as the news was released, the price of Bitcoin dropped by 1.5% from $6400 to $6300. The coin has not recovered to the $6400 limit as of yet, leading many to believe that this was a coordinated attempt by the SEC to manipulate the market. It is currently trading at $6322. 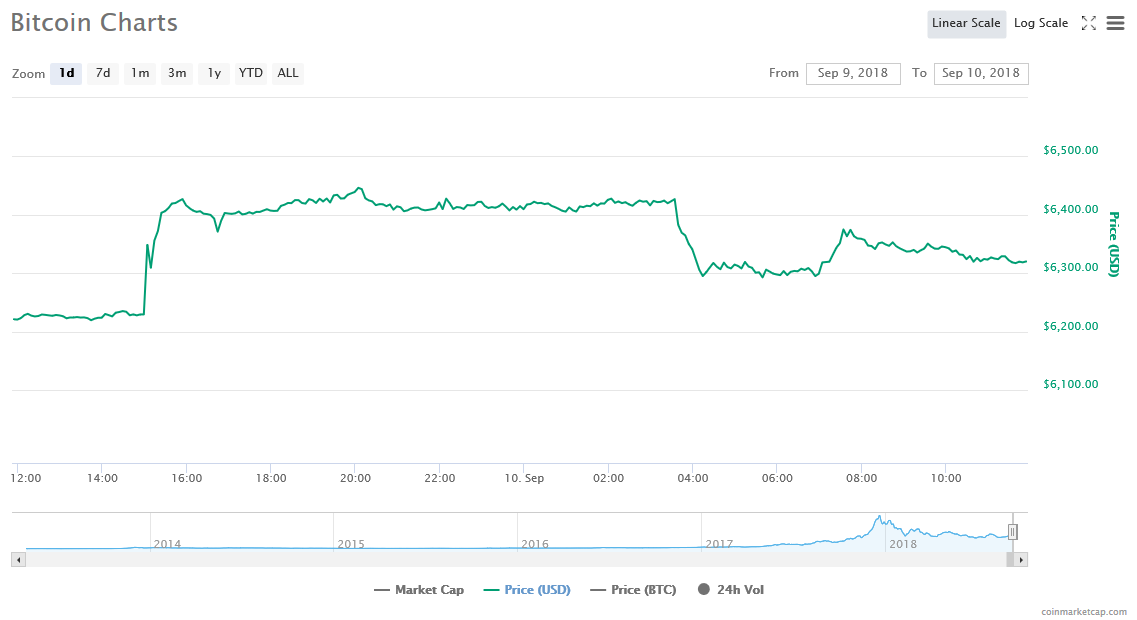 Ethereum, however, seemed to weather the drop relatively well, as it did not see as pronounced a slump as Bitcoin’s.

“LOLOL since when do you guys make announcements on sundays about something like this. Clowns!”

“SEC is not here to help investors, it’s obvious. Sheep owned by big money. Release news on Sunday before the close? Comical.”

The post Bitcoin [BTC] and Ethereum [ETH] ETNs suspended for 10 days by US SEC over confusion concerns appeared first on AMBCrypto.