As with the introduction of the Internet, cryptocurrency is creating disruptive changes. The digital financial instrument has grown in significance to a point where it can’t be ignored. The currency has grown so relevant that the Securities and Exchange Commission (SEC) and the Commodities Futures Trading Commission (CFTC) has intervened to protect the public’s interests. Furthermore, every mainstream publication has touched on the subject of the new currency in some way. For the foreseeable future, it’s here to stay. However, what the market will look like soon is unpredictable. 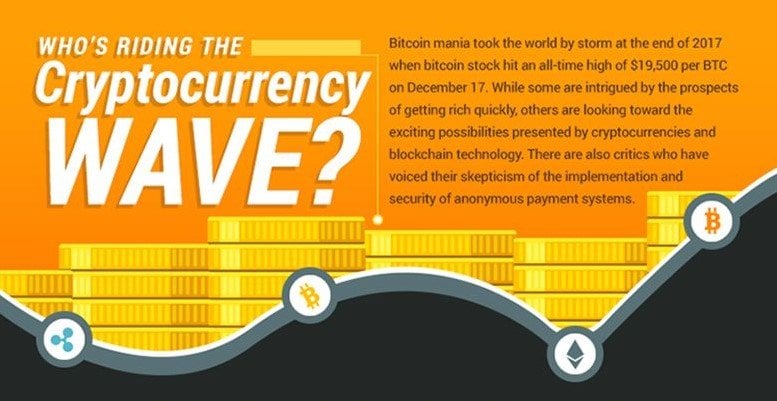 The cryptocurrency market has endured many obstacles, such as the compromise of major exchanges as well as erratic and irregular trading limitations mandated by government agencies around the world. This is in addition to a ban on cryptocurrency advertising on popular social media networks such as Google, Facebook and Twitter.

These myriad influences have sparked a massive market correction. Bitcoin, for example, recently plummeted from an all-time high of $850 to $260 billion. Some financial experts have declared that the currency will soon face a fatal demise, citing relatively recently launched Stablecoin — a form of cryptocurrency that’s backed by real currency to maintain its stability — as the death knell of crypto coins.

Despite the looming threat of Stablecoins, many financial experts predict that currencies such as the now dominate Bitcoin are here for the long-haul. In fact, advocates for digital coins forecast a huge surge in the currency’s value soon.

According to the BlackRock Investment Institute, Bitcoin is the most stable cryptocurrency on the market. In general, experts are predicting that it will soon join the ranks of other mainstream financial instruments. Supporting this notion is the fact that Goldman Sachs has plans in the works to start their own cryptocurrency futures trading platform. While advocates for decentralized currency warn that futures products might devalue today’s cryptocurrencies, researchers believe that the move will aid in the mainstream adoption of the digital financial instruments.

For more information about the rapidly evolving world of cryptocurrencies, view the informative infographic developed by the New Jersey Institute of Technology’s Online Master of Business Administration degree program.

The post (Besides Baggies) Who’s Riding The Cryptocurrency Wave? appeared first on ValueWalk.