Why Would You Launch an ICO?

Blockchain startups facing the conundrum of how to best fund their vision must make a decision that will impact the course of their business’ future. Many have weighed the benefits of Initial Public Offering (IPOs) and private equity fundraising in relation to the increasingly popular ICO route, and find the structure of ICOs attractive for several reasons.

Those who ultimately choose to launch an ICO are typically wooed by the lack of red tape and conditions that can arise when accepting private equity. ICOs provide owners the opportunity to retain 100% of the company’s ownership equity, meaning that much-needed capital doesn’t compromise the startup’s integrity or mission. Fewer shareholders also preclude additional squabbles over the best course of action for the company.

Still, while the underlying benefits of ICOs are alluring, ICOs remain a complex undertaking. For ICO fundraising to be successful, an entire token ecosystem and sustainability model must be conceived and implemented before it is taken to market. Additionally, the token has to remain viable as more than mere novelty after the ICO is complete — in other words, the tokens have to have ongoing utility to them. Making these assurances to investors requires startups to invest significant sweat equity to make certain that an ICO is the appropriate course of action. An ICO simply isn’t the right path for every venture.

What Leads to Success

Once the course is charted for an ICO to be launched, there’s an amalgam of factors that will determine success. This includes the strength of the team, the viability of the idea and/or product, the advisors, the white paper setup, how the community is managed (especially in the case of crowdfunding), how you’ll approach private sale, what type of discounts you’ll give, and marketing and advertising of the product. These are all considerations that must be fully fleshed out to ensure that an ICO has even the potential for success.

And it’s critical that no single task be neglected. The determinants of success for an ICO are like links in a chain — one weak link can break the entire operation.

Questions to Ask Before Launching an ICO

There are a few basic questions that any company considering an ICO should dive deep into and be ready to answer for potential investors. Answering these questions will help a company determine how they will approach an ICO before, during, and in the aftermath of the token launch.

This is a question that will typically factor in external legal determinations because there are consequential differences that arise depending on the answer.

If a token is determined to be a utility token, startups must know that capital derived from the ICO will be treated as revenue. Conversely, the sale of security tokens generates funds that will be categorized as a raise for tax purposes. Security tokens also carry a different set of rules that must be observed to ensure legality. These pertain to licensing, the limitation of only accepting investments from accredited investors, and the need to consider in greater detail which exchanges you may use, as most exclude securities.

These considerations constitute much of the difference between ICOs and IPOs. Those preparing to launch an IPO spend most of their time and effort wooing investors with a strong pitch. On the other hand, the nature of ICOs doesn’t typically call for a meeting between management and prospective buyers. In addition, an ICO comes with several considerations pertaining to the token ecosystem that don’t arise for those conducting pre-IPO activities.

Putting forth the necessary time and effort on these preliminary questions and considerations is of critical importance. The consequences of defining yourself improperly could potentially result in having to give all the money back. This could be particularly troubling for those who are informed of this only after they’ve spent much — or all — of that money.

The legal landscape surrounding security and utility tokens in the States remains opaque, due in large part to lack of clarity from the SEC about the differences governing security and utility tokens. For this reason, some legal firms are advising their clients to exclude U.S. citizens from taking part in a token sale. Regardless of the advice of your counselor your ultimate decision on this matter, conducting thorough Anti-Money Laundering (AML) and Know Your Customer (KYC) checks on buyers is essential to rooting out nefarious characters.

This is one of the most fundamental questions to ask in the early planning stage because it’s the greatest determinant of the justifiable target raise amount. While it may seem obvious that a target raise should be commensurate with the funding needs of the project being executed, it’s not uncommon for startups to either drastically overshoot or falls short of the sensible target point.

One of the more common miscalculations revolves around the soft cap — the amount of money it will take to maintain daily operations. Greed and other motivators can result in both the soft and hard cap being set too high, asking too much of buyers and even potentially crippling an otherwise viable ICO. However, establishing the soft cap too conservatively can result in a dearth of the most basic necessary funding, handicapping or completely depleting a project before it has the chance for success.

This is a question that, while somewhat self-explanatory, is critical to consider. Essentially, where is operating revenue post-TGE going to come from, and how much of it will be coming in?

These sources could include the value of the token held in reserve going up. But an increase in coin value is difficult to predict, and it would ideally be only one potential source of revenue, not the entirety of the startup’s plan for post-TGE solvency.

When converting the cryptocurrencies raised from an ICO into fiat currency, you will need to cover business expenses, so giving thought to proper timing is very important. The critical question is whether you want to convert early to cover costs. Answering this question astutely requires sound judgment and consideration of the market, primarily where you believe it is headed in the short- and long-term. Some questions to consider include:

Also consider that the conversion, in the case of utility tokens, is potentially a taxable event, which is a new cost that must be considered. 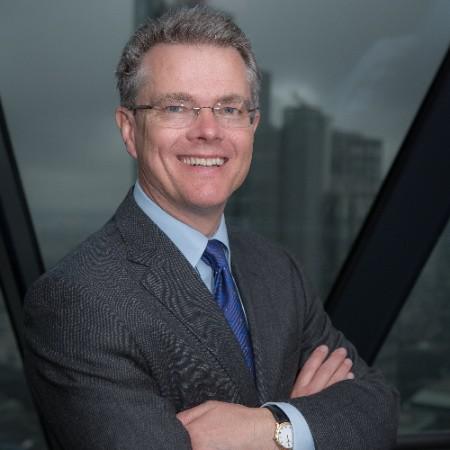 Adrian is the CEO of a new Singapore based company BlockchainWarehouse which supports companies through their Initial Coin Offering and Token Generation Event, as well as providing blockchain development capability to clients. He is also FinTech/InsurTech Business Advisor to Axpire, a new start-up providing software to hedge funds to improve the efficiency of their middle and back-offices, underpinned by blockchain.

The post What You Need to Know Before Launching an ICO appeared first on AMBCrypto.