Centralized exchanges have been the subject of many hacks by hackers who wish to make away with a large bounty. The centralization of funds in these exchanges’ wallets make it an easy target for the hackers if the exchange does not have adequate security. Moreover, users don’t have the keys to their own wallets on the exchanges, making it difficult to withdraw or take ownership of funds in times of low security. 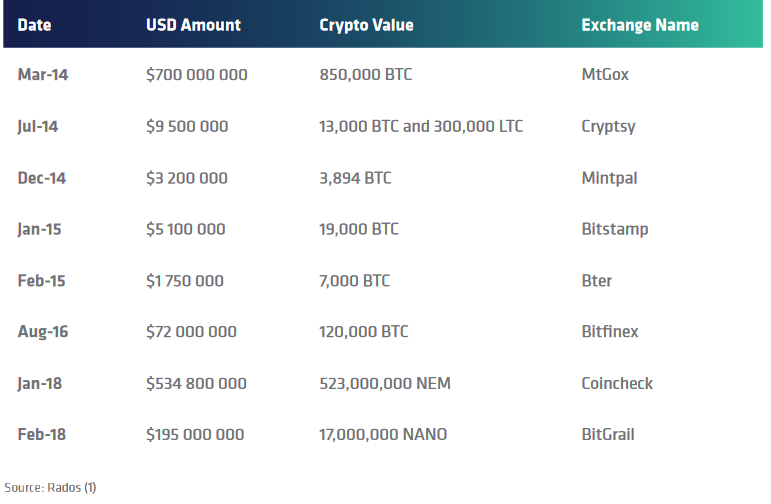 Many experts in the space have spoken up against centralized exchanges. Ethereum’s co-founder, Vitalik Buterin has said that he hopes that “centralized exchanges go burn in hell as much as possible”. However, there are solutions that are emerging to combat this and bring decentralization back to cryptocurrencies. TrustBar is one of these 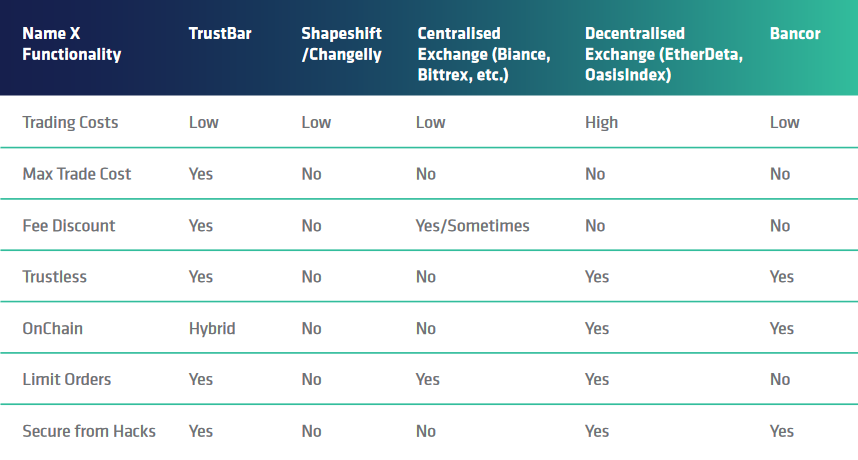 TrustBar is a decentralized exchange on the NEO platform currently, with plans to expand to other blockchains. This ensures optimal support for its revolutionary new cross-chain transaction technology. It functions as a matching and routing platform, allowing for the trading of various cryptocurrencies through the use of smart contracts.

TrustBar has architected a decentralized exchange that incorporates multiple wallets in an integrated protocol system that makes use of many blockchains. The TrustBar ecosystem allows for the plug-in of multiple wallets from various sources as well as cross-chain settlements.

The service allows users to swap tokens from one blockchain to another, effectively allowing for payments across different blockchain. This is unlike traditional exchanges, where one has to move through various trading pairs to find a trade for their altcoins. This is done effortlessly through TrustBar’s services, which route the trading through a system of interoperable blockchains.

One thing that true proponents of decentralization will like is that they are in control of their wallets. Moreover, with support for powerful wallets like Ledger Nano already in the works, the exchange is as safe as the users’ infrastructure. All movement of funds will require the end user to sign cryptographically to occur.

In the case of TrustBar exchange shutting down, users will still be able to retrieve their funds from the blockchain. As the platform is effectively run by a group of smart contracts, the funds of the users will stay in their wallet accounts.

With 16,000 users signed up already as a part of the decentralization revolution, TrustBar aims to have 25,000 users as the ICO is completed. Notably, the company already has a working Proof of Concept that they can view to get a feel of the finished product.

The exchange will also allow for the creation and setup of application programming interface (API) keys to allow external developers to build applications able to interact with the exchange platform and smart contracts. This will provide more liquidity and better overall price discovery.

The platform also plans to implement a liquidity solution known as the Liquidity Lake, with the Beta release scheduled for November. This will allow the TrustBar platform to source buy and sell orders from other exchanges, allowing for a seamless transaction experience.

With the pre-sale coming up, TrustBar has announced that all unsold tokens from the token sale will be distributed as a bonus. Users will also be given incentives in the form of a monthly dividend to investors who hold more that 2000 TrustBar Tokens. Moreover, users that hold upwards of 3000+ TrustBar Tokens will receive discounts on trading fees. TrustBar will also open accounts for all of those that participated during the ICO.

The token distribution allocation will be divided or split into 60% for the ICO, 20% for team incentives, 10% to the founding team, 2% for advisors and 8% to the community.

The list price of the TrustBar Token ICO is $0.33, with pre-sale going live on 31st August and extending to 30th September. The soft cap for the token sale is $10 million and the hard cap is $350 million. Users who buy at this point will be able to avail 10% discount. The second round of the pre-sale will take place from 16th September to 30th September, with a discount of 7.5%

AMBCrypto reached out to the COO of TrustBar to clarify some aspects of the product.

Q: What would be the most incentivizing users to start using TrustBar over their current exchanges?

Dynamic pairing and security. TrustBar will allow the user to create their preferred buy/sell pairs and thus result in cheaper and easier transaction. Right now if you have Neo, you have to convert it to ETH to buy an Ethereum token like OMG. Trustbar will allow the user to trade NEO/OMG or any combination they so wish. Trustbar will be set up as a decentralized exchange meaning the users funds will always be secure from hacks. Each user will own their private keys to the funds on the exchange.

Q: How will liquidity be ensured for all the tokens on the trading platform?

TrustBar will set up a liquidity lake. The liquidity lake will provide the best buy sell prices available on other major exchanges, meaning there will always be a price on both sides for users to trade immediately.

Q: Will the TrustBar tokens be traded on other exchanges to grow a healthy market?

Yes. The Trustbar token will be tradeable on other exchanges and will grow a healthy market.

Q: You have mentioned that you wish to set standards for a decentralized framework. What does this entail?

Ideally, the standards should be for all exchanges. There should a set of guidelines and best practices when setting up an exchange. Crypto is now big business and will continue being the target of hackers.

Q: Are there any future plans for expanding the TrustBar ecosystem?

Yes. We have a few ideas on possible expansion plans, but for now, we will focus on the decentralised exchange.

Q: What technology do you utilize in the smart matching engine?

It will be based on Microsoft.Net because it provides sufficient language interoperability across several programming languages and it is also one of our team’s strength. Other technology decisions open for discussion within the team as to how to take the TrustBar vision forward.

Q. Will users stake their tokens or simply hold them to avail the offers given to them?